Previous epidemics have been associated with a fall in births. Trude Lappegård, Axel Peter Kristensen and Svenn-Erik Mamelund assess what the Covid-19 pandemic could mean for birth rates in the Nordic countries, which were already declining prior to the virus. They argue that financial insecurity generated by the outbreak could encourage young adults to put off starting a family, producing a baby ‘bust’.

Over the last decade, there has been a dramatic decline in birth rates in the Nordic countries, with both Norway and Finland now having birth rates below the European average.

The Nordic countries have long been found at the top end of gender equality rankings and are well known for their social policies promoting gender equality at work, at home and in public life. Often considered as key in keeping Nordic fertility levels relatively high, the importance of gender equality, generous family policies and high levels of work-life balance may now be questioned as we observe a downward trend in birth rates in these countries as well.

If the economic crisis caused by Covid-19 persists for a long time, the Nordic countries may experience a considerable downturn in birth rates, following the same pattern as countries with welfare states that provide much less economic support. It would be worrying if an increasing number of young adults avoid having the children they wish for due to a lack of economic certainty.

There are several historical examples of epidemics which have had a negative impact on birth rates. In 1918, large parts of the world were affected by the ‘Spanish flu’, an influenza pandemic that killed up to 100 million globally (5% of the world population) and left around 15,000 people dead in Norway (0.6% of the population). Mortality in Great Britain was also at 0.6% and in other countries throughout Europe, the mortality rates were also generally lower than 1%. A signature feature of this pandemic was that it affected young adults the hardest, with all the excess mortality being in the 20-40 age range.

Following the pandemic, there was a significant drop in the number of births in 1919, followed by a baby boom in 1920. This baby boom has traditionally been explained by the First World War, with both marriages and births being postponed from 1914 to 1918. However, recent studies have shown that both neutral and belligerent countries in Europe and elsewhere experienced a marked bust in fertility in 1919 and a boom in fertility in 1920.

The main explanations for the bust in 1919 are fear from the disease, the danger of infecting each other when having intercourse, illness among one of the spouses, bereavement and spontaneous abortions. After the war and the pandemic was over and life went back to normal, many chose to ‘catch up’ with their postponed births and marriages, widows and widowers remarried and thus, birth rates increased in 1920.

Like the Spanish flu, Covid-19 has also had substantial health-related consequences. We, however, do not expect that people will respond similarly to Covid-19 as they did with other epidemics. This is mainly because Covid-19 has had a particularly strong and direct impact on the economy, with the result being a significant economic decline worldwide and generally increased uncertainty and unemployment levels, in part due to national lockdowns. Moreover, the current pandemic disease burden is affecting the elderly the hardest, and not young adults and those of fertile age, as was the case in 1918.

When people experience uncertainty, a natural reaction is to delay making major decisions, such as having children. The level of uncertainty in one’s life will depend on individuals’ employment situation and the state of the labour market. The importance of having a job before transitioning to parenthood is well documented in the literature. 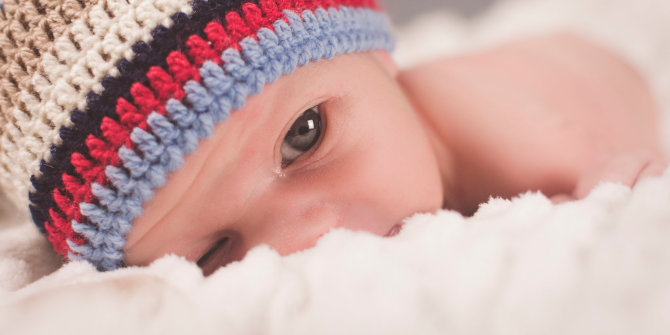 A study from Norway shows that having a job became even more important following the Great Recession. Norwegian unemployment rates have generally been relatively low compared to other countries. However, another recent study shows that the risk of having children decreases in areas where unemployment rates are at the highest levels nationally. The argument is that people living in these areas are experiencing a higher level of uncertainty related to their own work situation, negatively affecting their fertility decisions.

The labour market is both the problem and the solution if the goal is to turn birth rates in a positive direction. An individual’s first step into the labour market is a defining moment. It sets the course for a professional career and lays the foundation for being able to support oneself and a future family. If many companies now go bankrupt, and high unemployment rates persist over a long period of time, this may create great uncertainty among young adults. A key concern is that those making their way into the labour market may not have access to jobs when they finish their studies.

Additionally, if those who are already discharged or laid off are not able to return to work quickly, they will face a double loss of both income and work experience. Norway had record high unemployment at the peak of the lockdown in March and April (10.4%), and it disproportionately hit young people. With society gradually opening up, more than half have now gotten their jobs back, and unemployment levels have now dropped to 5.4%. But many young people across Europe have had great difficulty getting into the labour market for a long time. It is a worrying prospect that the Nordic countries might follow this trend and that a long-term economic crisis will have a negative impact on the fertility behaviour of a whole generation of young adults wanting to become parents.

Norway is a rich country and can afford to spend a lot of money on national crisis management, making the negative economic consequences of Covid-19 less impactful. However, young adults’ decisions to have children are also influenced by what is happening in other parts of the world. Because of globalisation, today’s world is much more connected than before, and we are far more affected by events and conditions in other countries than our own. Covid-19 and the impact it has had on the global economy is a clear example of that.

Even if the Norwegian economy and labour market were to recover fully to a pre-pandemic situation with ‘only’ 2.3% unemployment, any long-term economic problems in the rest of the world could have negative consequences for Norway as well. If people are observing and experiencing uncertainty in the world economy or related to other global conditions, this may cause them to have reduced faith in the future of their own society as well, possibly leading them to postpone starting a family.

The dramatic downward trend in birth rates over the last decade in the Nordic countries combined with the negative consequences of Covid-19 present an alarming picture. If we are to prevent the decrease in birth rates from becoming too substantial, the key will be securing young adults’ financial security through employment. Belief in the future among young adults must be strengthened. For this to happen, we will be placing our trust in politicians and their ability to steer the country in times of crisis. If the Nordic countries can reach a level where people feel they have sufficient financial security to start a family, this might make a major contribution in turning fertility trends from negative to positive.