The European Parliament has produced a series of videos to inform European citizens about the benefits of European integration. But do campaigns like this have a real impact on public support? Enrique Hernández and Roberto Pannico present findings from a new study which showed two of the videos to citizens in Spain. They found that participants who watched the videos were more likely to express increased support for European integration and Spain’s EU membership, but that this effect did not persist over time.

Amidst growing Euroscepticism, the European Parliament has produced a series of videos aimed at informing European citizens about the functioning and benefits of European integration. The videos were first released before Christmas 2017, as part of an online campaign that took place during the holidays. The ads were disseminated through social media platforms (YouTube, Instagram, Facebook and Twitter). They were also used as part of a paid advertising campaign on YouTube. Generally, the ads targeted young social media users with low to medium levels of interest in and knowledge about the EU.

To analyse their impact on public support for European integration, in May 2018 we exposed some Spanish citizens to two of the most viewed ads of the campaign through an online survey experiment. The experiment was embedded in the “Political Attitudes Panel Dataset”, an online survey fielded once a year in Spain by the Democracy, Elections and Citizenship research group. Respondents were randomly divided into three groups. One third of respondents watched an ad from the EP campaign that emphasises the policy benefits of the EU. Another third was exposed to an ad that emphasises the reduced economic costs of the European integration process. The remaining respondents did not watch any ad and served as the control group.

The policy benefits ad begins with the question: “What do I get from the EU?”. Through infographics, the ad then presents five outcomes of EU policies that directly benefit citizens. The video indicates (through written sentences that appear on the screen) that, thanks to the EU, citizens get: (a) “the possibility to study abroad”, (b) “clean air”, (c) “safe food”, (d) “no roaming charges” (e) “a common currency”. These sentences are accompanied by animations that depict individuals enjoying the advantages of these five policy outcomes. The video can be viewed below.

The economic costs ad also begins by posing a question: “How much does the EU cost me?”. The video then highlights the low economic costs of EU membership by explaining that: (a) EU membership costs EU citizens “less than 1 euro a day” (b) “94 per cent of that [money] flows right back into the respondent’s country” (c) EU citizens do not contribute directly, but instead pay taxes in their home country which, in turn, contributes to the EU budget. This video is also accompanied by animations that complement the economic information and can be seen below.

Figure 1: The effect of EU institutional ads on public support for the EU 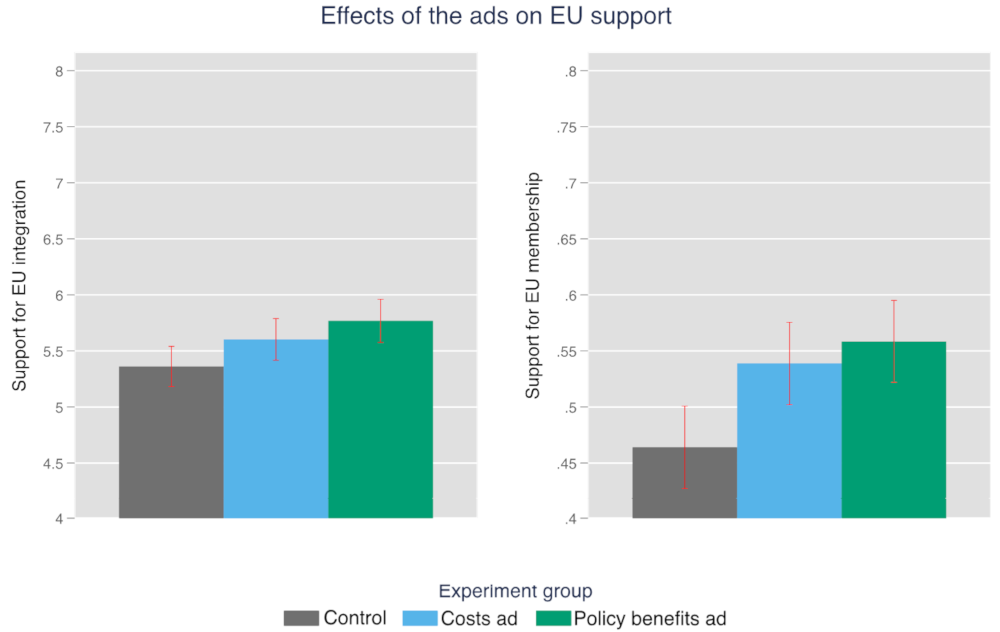 In May 2019 (one year after running the experiment) we recontacted all the participants in order to assess whether the ads have a lasting effect (74 per cent of the respondents from the 2018 sample completed the survey in 2019). The results, summarised in Figure 2, indicate that the effects of EU institutional advertising do not persist over time. There are no differences in attitudes toward the EU among those who in 2018 were exposed to the ads and those who did not watch any ad. On the one hand, these results point to the fact that the ads we took into account do not produce stable changes in attitudes toward the EU. On the other hand, we must stress that our experiment tested the effects of being exposed to a single ad just once. We might observe long-term effects if, for example, the campaign was more intense, or if the campaign attracted media attention.

Figure 2: The persistence of the effects of EU institutional ads on public support for the EU 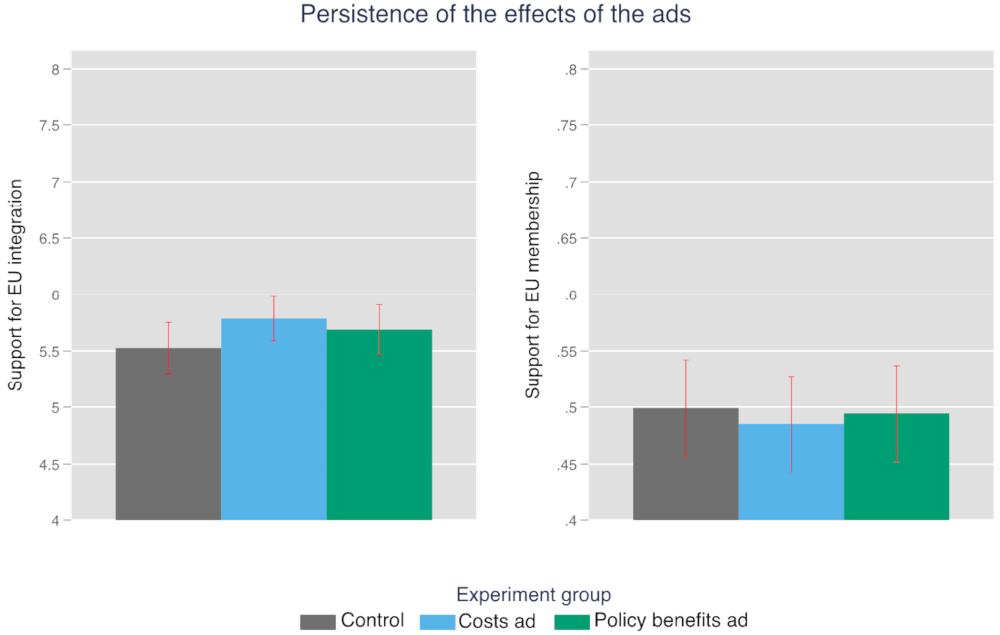 These findings have relevant implications. First, they reveal that the advantages and disadvantages citizens’ perceive to get from the integration process mould their public support for European integration. Second, these findings imply that EU institutions can increase public support for the EU, at least in the short-term, by persuading citizens about the way in which they benefit from EU policies and about the relatively low costs of EU membership. However, campaigns that stress the high benefits of the EU, rather than its reduced costs, might be more effective at increasing public support. 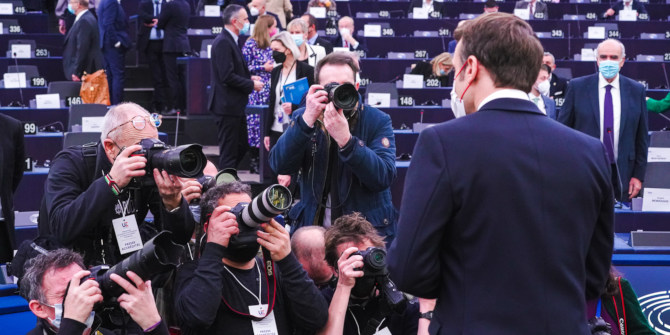 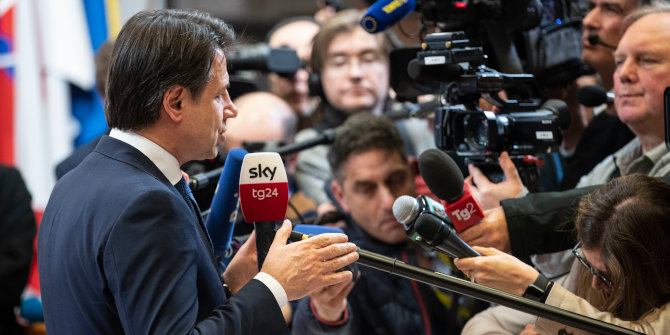