Italy will hold a constitutional referendum on 20-21 September which proposes to reduce the size of both chambers of the Italian parliament. Matthew E. Bergman provides the background to the vote and assesses the potential political consequences.

On 20-21 September, Italians will go to the polls for yet another constitutional referendum aimed at reforming the political system – the country’s fourth such referendum since 2000. This referendum specifically targets the size of the legislative branch. The proposal would reduce the size of the Chamber of Deputies, the lower chamber, from 630 to 400 and Senate membership from 315 to 200. Such a move is rare in democratic nations. Between 1945 and 2008, there have been fewer than 20 instances of a democratic legislature decreasing in size by greater than 10%. The reform could be seen as analogous to ‘turkeys voting for Christmas’. Nevertheless, the views of the Italian public on the issue are worth exploring.

The size of a legislature must strike a balance between the representation of interests and expediency. Countries with larger populations lend themselves toward having larger legislatures. The so called ‘cube root law’ deduced by Rein Taagepera and Matthew Shugart shows that the size of a legislature can be approximated by the cube root of a country’s population. The table below performs this calculation for several parliamentary democracies using 2019 population estimates.

As can be seen from the table, the size of the Italian Chamber of Deputies is relatively large in comparison to other democracies and substantially larger than the cube root of the Italian population.

Beyond the impact on representation, there are two effects of note arising from smaller legislatures. From a financial standpoint, smaller legislatures also have fewer politicians on the government payroll. Reductions in the size of legislative assemblies tend to occur during times of economic crisis. The reduction in the Italian parliament size is predicted to save the nation over 250,000 euros per day.

The reform was a long-run campaign promise of the Five Star Movement (M5S). The M5S entered the national legislature in 2013 as an anti-establishment party. In that election, the M5S received the highest vote share of any party, but saw the largest share of seats go to the coalition led by the centre-left Democratic Party (PD). After an internal party shake-up, Matteo Renzi of the PD became the Prime Minister in 2014 on a platform of party renewal and also championed a reform of the electoral system.

In 2019, these two parties joined forces in a governing coalition. Reducing the size of the parliament was one of the key demands of the M5S for it to join an establishment party like the PD. The largest opposition party, the League, also supported the reform. In October 2019, the measures passed both houses of parliament with overwhelming majorities, far beyond the required 2/3 supportive vote.

The second effect of a smaller legislature was also logically and quantitatively deduced by Taagepera, Shugart, and colleagues: smaller assemblies tend to result in fewer political parties receiving votes in elections and subsequently being represented in parliament. Prominent figures from smaller parties such as pro-European Human Rights activist Emma Bonino, Italian Radical leader Maurizio Turco, and legislators representing Italians abroad have thus claimed that the reform could undermine democracy, not least because it would be more difficult for their parties to gain representation in a smaller parliament. Other critics soon began noting that the savings would be minimal compared to overall government spending, which now totals close to 900 billion euros per year. There were also concerns that a reduction in parliamentarians might increase the power of lobbyists.

Italian voters have often critiqued their government for being bloated and overpaid. While the polls have slightly narrowed from more than 80% support in June to around 70% support in early September, there remains a clear majority in favour of the reform.

Although there have only been three prior constitutional referendums in Italian history, there are some clear patterns. In 2001, the only successful constitutional referendum thus far approved entailed transferring some powers from the central government to the regions. In 2006 and 2016, voters were asked for a simple up-or-down vote on referendums that would each change over one-third of the articles of the Italian constitution and included strengthening the power of the Prime Minister while weakening, in particular, the Senate.

Previous research I have conducted examined the motivations of voters during the 2016 referendum. While, indeed, there was overwhelming support for reducing the number of Senators, voters were less receptive towards other measures that would weaken the Senate or centralise power in the hands of the executive.

Furthermore, Matteo Renzi, the aforementioned Prime Minister at the time of the 2016 referendum, indicated that he would resign if voters rejected it. The 2016 referendum thus became a referendum on the government. Voters that disagreed with the government’s performance were 60% less likely to support the proposal, including much of the supporters for the parties in opposition at the time, including the M5S. The current referendum will likely pass due to the simplicity of the reform, the historic popularity of the measures contained therein, general consensus among the largest parties, and the lack of political opposition (except by the smallest parties).

The effect on Italian politics

Reforming the electoral system is likely to have both long-term and short-term effects. The last Italian parliamentary election occurred in March 2018. Elections must occur within five-years of the previous vote, but they have in the past been held more frequently than this.

Since a large number of lawmakers will lose their seats (and those in the current legislature are not eligible for pensions if an election is called before September 2022) it is not in legislators’ financial interest to support an early election. In the short-term then, this referendum could provide another boost to the stability of the new M5S-PD governing coalition.

Since the Second World War, Italian legislators have formed between 8 and 13 parliamentary groups – groups are either single parties or groups of parties that join together for greater influence. In this timeframe, Italy has had 66 governments. The large number of political groupings is one explanation for the instability that characterises Italian politics. For example, not since 1972 has a Prime Minister retained power following an election.

Recent examples of this phenomenon include former Prime Minister Massimo D’Alema and prime ministerial candidate Pier Luigi Bersani leaving the Democratic Party in 2017 to form a more left-wing parliamentary group (Article One). More recently, in September 2019, former Prime Minister Matteo Renzi also split from the Democratic Party to form a more centrist group (Italia Viva). In the long-run, such party splits may prove to be less likely as it would be more difficult to gain representation in a smaller legislature.

Italy has long exemplified governmental instability. Previous reforms to the electoral system in the 1990s, 2000s, and 2010s have yet to alter this picture. The 2020 referendum serves as a clear signal that the voting public is supportive of bringing stability to their politics. It is not yet clear if politicians will respond in kind.

Note: This article gives the views of the author, not the position of EUROPP – European Politics and Policy or the London School of Economics. Featured image credit: Matteo Piotto (CC BY-SA 2.0)

Matthew E. Bergman – University of Vienna
Matthew E. Bergman is a Post-doctoral Researcher at the University of Vienna affiliated with the Political Economy of Reforms research group. He has previously taught at the University of California at San Diego and served as founding Director of the Krinsk-Houston Law & Politics Initiative. His research and teaching expertise lies in comparative politics and political economy, focusing on Europe. His forthcoming co-authored book Party Personnel Strategies: Electoral Systems and Parliamentary Committee Assignments examines the role that electoral rules have on partisan interests in legislative organisation. He is on Twitter @MeBergman2 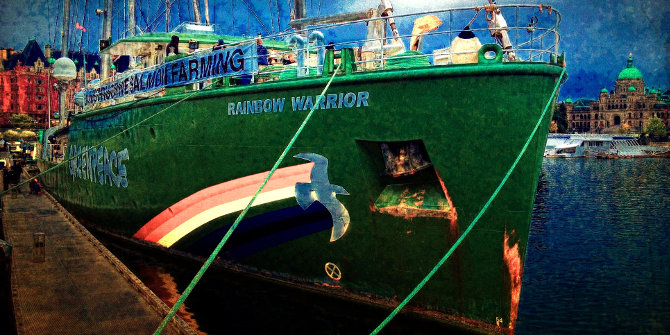 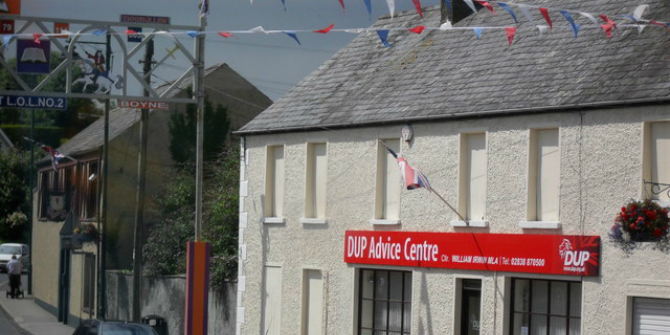