On 20-21 September, Italy will go to the polls for a referendum on reducing the size of both chambers of the Italian Parliament. Matteo Garavoglia previews the referendum, which opinion polls suggest is likely to result in a strong vote in favour of the proposal. He argues that while the appeal of reducing the number of politicians is understandable, there has been relatively little attention paid to the question of whether or not the reform will actually enhance or diminish the quality of Italian democracy.

Italian citizens will go to the polls on 20-21 September to vote in a nationwide referendum that might result in a drastic cut in the number of elected MPs. As mandated by Article 138 of the Italian Constitution, the legislation that will be put to the scrutiny of the ballot box was approved on 8 October 2019 and will lead to only the fourth constitutional referendum in the history of the Italian Republic.

Originally scheduled for 29 March this year, but then postponed due to the Covid-19 pandemic, the referendum asks the following question: “Do you approve the text of the Constitutional Law concerning ‘Amendments to Articles 56, 57 and 59 of the Constitution regarding the reduction of the number of Members of Parliament’, approved by Parliament and published in the Official Gazette of the Italian Republic no. 240 of 12 October 2019?”

Italian political parties are split as to which outcome they are hoping for. Currently in government, the Movimento Cinque Stelle (Five Star Movement) has made this reform one of its battle cries. Born on a wave of anti-establishment sentiment, the Movement’s rhetoric has historically been characterised by an emphasis on cutting the costs of politics, reducing the number of elected representatives and opposing the country’s various elites. The party views itself as the soul of the ‘Yes’ vote in this referendum.

Locked in a coalition government, and after much soul-searching and internal debate, the social democratic PD (Partito Democratico) has now opted to join the Movement’s call for a ‘Yes’ vote. Matteo Salvini’s Lega and the far-right Fratelli d’Italia (Brothers of Italy) are both in the opposition but are also (although markedly less enthusiastically) supporting a vote in favour. The parties of former Prime Ministers Silvio Berlusconi and Matteo Renzi respectively, Forza Italia and Italia Viva, both still seem undecided and have so far failed to give clear and unequivocal support either in favour or against. A large number of other political parties, from far-left revolutionaries to European federalists that virtually never manage to score more than five per cent in opinion polls, are equally divided both in favour or against the proposed reform.

Supporters of the ‘Yes’ vote argue that a cut of approximately one-third in the total number of MPs would lead to a number of positive developments. To begin with, they point to likely financial savings: it is estimated that expenditure for both branches of Parliament could be cut to somewhere in the region of 100 million euros per year. Furthermore, they claim that Parliament would become more efficient and less bureaucratic. Here the argument seems to centre on the idea that there exists a direct negative correlation between the number of MPs and the ‘efficiency’ (however this might be defined) of the political system. Finally, they claim that this reform is only one of many that should take place. Indeed, they claim that other targeted reforms aimed at improving the functioning of Parliament should be brought forward as soon as possible.

Those campaigning for the ‘No’ side claim that approving this constitutional reform will either not solve the problems identified by the ‘Yes’ vote or, worse still, might bring about a number of negative consequences. To begin with, they claim that savings in the region of 100 million euros a year are virtually irrelevant within the context of government public expenditure for the year 2020, which is forecast to be over 897 billion euros. It would be much better, they argue, to cut the salaries of MPs (which are today among some of the highest across the European Union).

Furthermore, supporters of the ‘No’ vote highlight how a reduction in the number of MPs could negatively impact the quality of representative democracy. MPs would be elected in much larger electoral districts and have more difficulties establishing a direct relationship with voters. At the same time, smaller regions of Italy as well as minorities could be disproportionally negatively affected in terms of representation. Last but not least, they claim that the proposed reform does nothing to address intrinsic problems with the current quality of Italian representative democracy. A broader reform of the electoral law and interventions aimed at allowing citizens to select the specific candidates they would like to elect (currently, Italian citizens can only vote for party lists rather than individual candidates) are often mentioned as far greater priorities.

Opinion polls give an overwhelming lead to the ‘Yes’ vote. A state of affairs that should come as no surprise given the astonishingly low opinion that most Italians have of the so-called casta (i.e. the self-legitimising political caste that in the eyes of many entrusts itself with extraordinary privileges that many citizens can only dream of). Italian citizens crave an opportunity to punish politicians and this referendum provides them with an excellent opportunity to send some of them packing. While this view is certainly understandable, the broader question as to whether or not the reform will actually enhance or diminish the quality of Italian democracy seems to have been debated far too little and only superficially. 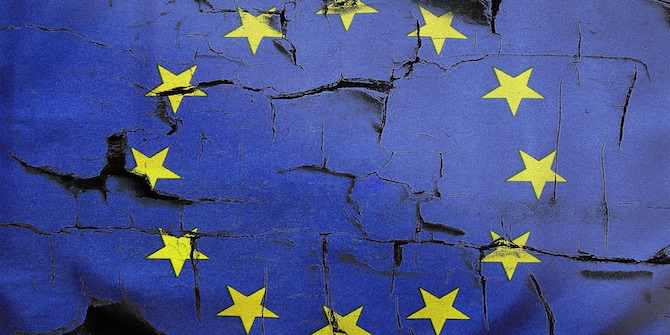 Understanding the campaign dynamics of the French presidential election