At the end of September, conflict erupted between forces fighting for Armenia and Azerbaijan, reviving a decades-old dispute over the region of Nagorno-Karabakh. Armine Ishkanian argues that while it remains to be seen if a diplomatic solution can be found, there seems little prospect of peace emerging in the short-term.

In the early morning of 27 September, Azerbaijan launched large-scale military operations along the entire line of contact (approximately 180 km) of Nagorno-Karabakh, an unrecognised state in the South Caucasus with a population of about 150,000 people. A week on, this is now an all-out war which involves numerous parties, including Armenia, Azerbaijan, Nagorno Karabakh, and Turkey. Armenians are vastly outnumbered both in terms of population size (Armenia has a population of 3 million, compared to 10 million in Azerbaijan and 80 million in Turkey) and military strength.

In this blog, I consider the conflict from the perspective of the political dimension in Armenia and examine the historical and contemporary factors which shape Armenians’ attitudes, perceptions, and responses to the conflict. These perceptions have implications for the resolution of the conflict and the prospects for peace in the region.

The indigenous Armenian population has lived in Karabakh for millennia. Shortly after the establishment of the Soviet Union, Joseph Stalin included the territory of Karabakh, with its majority ethnic Armenian population, in the Soviet Socialist Republic of Azerbaijan. As such, it came to be known as the Nagorno Karabakh Autonomous Oblast (administrative division).

In 1988, responding to the political liberalisation initiated by General Secretary Mikhail Gorbachev, the Armenians of Karabakh began a movement to have the oblast transferred to the Armenian Soviet Socialist Republic. This move was supported by the Armenia SSR and opposed by the Azerbaijan SSR, leading to pogroms against Armenians in the cities of Sumgait and Baku. All attempts to resolve the matter within the framework of the Soviet Union failed.

On 10 December 1991, a referendum on the Independence of the Nagorno Karabakh Republic took place in which 108,736 registered voters (82.2% of the total) voted for independence. When Azerbaijan refused to honour the result of the referendum, a war ensued which left 30,000 people dead. The war ended in a ceasefire in 1994 and since then, Azerbaijan has demanded the return of Karabakh claiming territorial integrity, while Armenians have demanded their right to self-determination. Negotiations under the auspices of the Organization for Security and Cooperation in Europe (OSCE) Minsk Group, which France, Russia, and the US co-chair, have failed to achieve a durable peace.

Today, Turkey’s direct participation in the current conflict is further complicating an already complex situation. Moreover, there is growing evidence from a number of international news outlets that Turkey has facilitated the movement of jihadist mercenaries from Syria to the region to take part in military operations against the Armenian side, creating concerns that the South Caucasus will become another theatre of operations for international terrorism.

The impact of Armenia’s 2018 Velvet Revolution 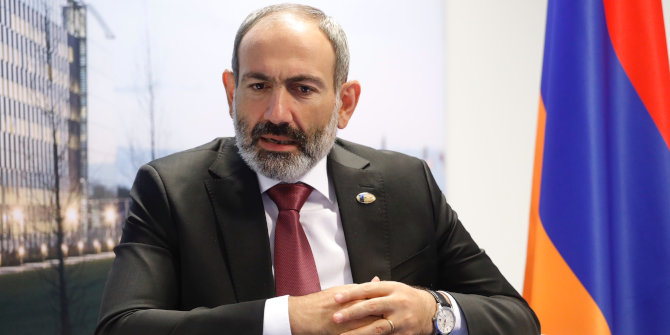 The success of the revolution and the overthrow of the corrupt regime gave Armenians a deep sense of confidence and belief in their ability to affect change. The revolution’s slogan, “With Courage” (Duxov), strongly reverberates today. There is a determination among Armenians to protect the democracy they fought so hard to achieve. Armenians, both in Armenia and Karabakh, view this war as one for freedom, independence, self-determination, and ultimately, sheer survival.

Apart from the impact of the Velvet Revolution, the memories of the 1915 genocide of the Armenians in the Ottoman Empire are also shaping attitudes today. The genocide has had a lasting impact on the consciousness of Armenians around the globe. It is a collective trauma which inspires feelings of existential threat.

The Turkish Government’s continued denial of and refusal to recognise the genocide, its active support for Azerbaijan in this war, coupled with Turkish President Recep Tayyip Erodgan’s imperialist, neo-Ottomanist ideology and his criticisms of the 1923 Treaty of Lausanne that established the borders of modern Turkey, fuel fears among Armenians. These fears are widely shared and are reflected in Armenian PM Pashinyan’s following statement in which he accuses Turkey of “continuing its genocidal policy towards the Armenians” and adds that, “…this is an existential threat for us, and there is nothing else to do but to defend ourselves.”

Armenians living in Turkey, including MP Garo Paylan and the civil society group Nor Zartonk, have called for peace and expressed concerns that Turkey’s involvement in the war is leading to intimidation and hate speech towards them.

In contrast to Armenia’s democracy, Azerbaijan is an authoritarian state that has been ruled by members of one family for nearly three decades. Heydar Aliyev was president of Azerbaijan from 1993 until his death in 2003, after which his son, Ilham, became President and has held that post ever since. His wife, Mehriban, is Vice President. According to the Organized Crime and Corruption Reporting Project, the Aliyev family has taken large shares in lucrative industries including the telecom, minerals and construction industries often through government related deals. The 2020 Freedom House report describes Azerbaijan as an authoritarian regime where corruption is rampant and the formal political opposition parties and civil society have been weakened by years of persecution.

Karabakh Armenians have expressed their resolve and made it clear that they will never consent to live under Aliyev’s authoritarian regime. Furthermore, there has been too much bloodshed and the promotion of anti-Armenian propaganda by Azerbaijani leaders for them to feel safe in Azerbaijan. These factors cannot be ignored if peace is to be established.

This war will only spread suffering and destabilise the South Caucasus and the wider, already troubled, region. It remains to be seen if a diplomatic solution to the war can be found. A durable and lasting peace is of utmost importance, but it should not come at the price of the safety and security of Karabakh Armenians. The OSCE Minsk Group have called on the leaders of Armenia and Azerbaijan to “commit without delay to resuming substantive negotiations, in good faith and without preconditions.” But sadly, the outlook for a peace at present is grim.

Armine Ishkanian is an Associate Professor of Social Policy and Executive Director of the Atlantic Fellows for Social and Economic Equity programme in the LSE’s International Inequalities Institute. 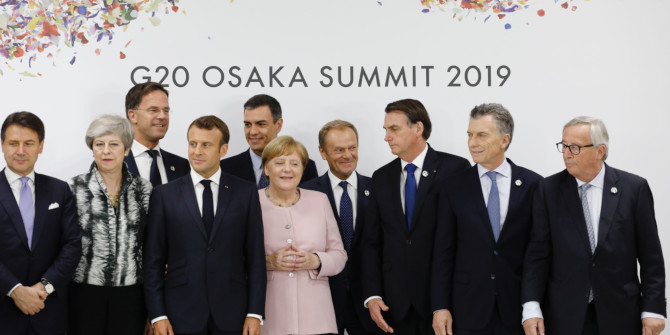 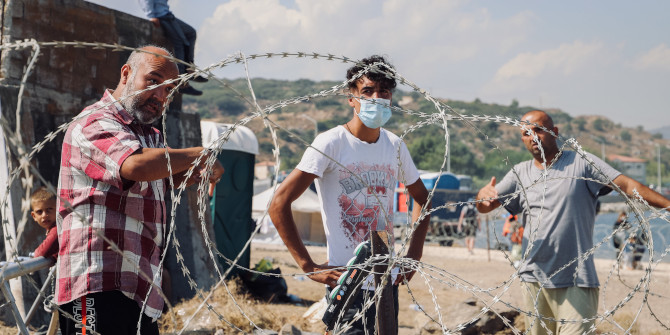 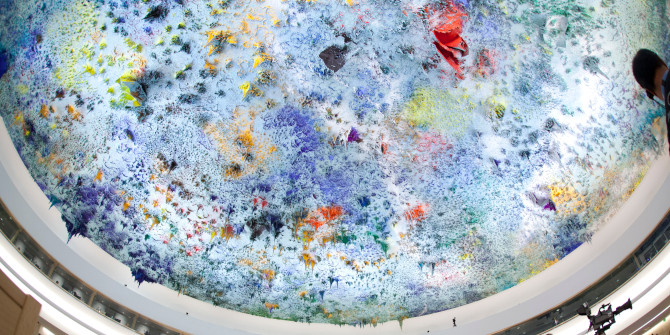