Lukashenko, Putin and the protests: Why Belarus is being pulled further into Russia’s orbit

Lukashenko, Putin and the protests: Why Belarus is being pulled further into Russia’s orbit

For almost four months, protesters have taken to the streets of Belarus demanding the resignation of President Alexander Lukashenko. Oleg Chupryna argues that with Lukashenko increasingly reliant on Vladimir Putin’s support, there is a risk Belarus could be pulled further under the influence of Russia.

Belarus has witnessed months of protests against President Alexander Lukashenko, following presidential elections on 9 August which are widely perceived to have suffered from electoral fraud. Lukashenko, who has been in power for 26 years, is often dubbed by western media as ‘Europe’s last dictator’. But on this occasion, his heavy-handed response to the protests has largely had the opposite effect of that intended.

Thousands of people continue to protest on a daily basis, while at weekends their numbers amount to the hundreds of thousands. The main demands are the resignation of Lukashenko, the release of all political prisoners and unlawfully arrested protesters, and new, free and fair elections to be observed by the international community.

The reaction to these events from outside Belarus has been typically varied. Russia, China and some other autocracies rushed to immediately recognise the results of the elections. Western democracies, including the US and the EU, did not recognise the results, have condemned the repression of protesters, and have imposed sanctions against the officials responsible for them. They have also called on the regime to negotiate with the opposition and pushed for new elections.

Despite this, Lukashenko shows no signs of giving in to the demands or negotiating a compromise. Leaders of the opposition’s Coordination Council have been arrested or expelled from Belarus. Meanwhile, the regime’s propaganda machine has taken aim at the West for attempting to ‘destroy and capture the country’. At this point, it is impossible to predict where Belarus is headed, with neither the regime nor the people willing to give up. On 27 November, Lukashenko indicated that he may be willing to step down once a new constitution is established, but there is no timeline for when this might be.

At the same time, the economic situation in the country is becoming increasingly difficult. Since the start of 2020, the Belarusian economy has entered into a sharp decline. By September, the state coffers were almost empty. With debt repayments to foreign creditors due and security staff needing to be paid to remain loyal to the regime, Lukashenko requested assistance from Russia in mid-September and secured a loan worth 1.5 billion dollars. Vladimir Putin also confirmed that Russia would provide a helping hand, including through the provision of some Russian police forces should they be needed. 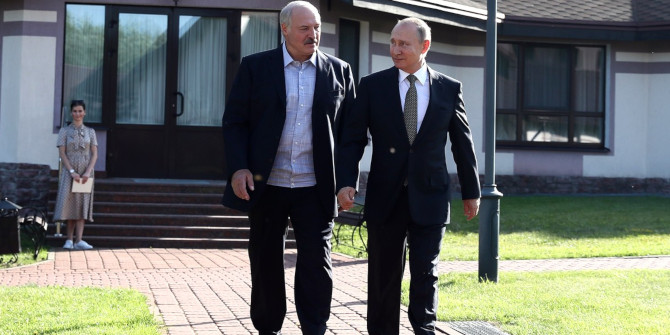 It is notable that very little information has been released by both governments regarding the almost five-hour meeting between Putin and Lukashenko, which took place behind closed doors in Sochi. It is an open question as to what Lukashenko was asked to offer in return for support. Given the high level of dependence Belarus has on Russia in economic terms, and the history of close relations between the two countries, some might wonder whether the price may effectively be Belarussian independence itself.

In the mid-1990s, Lukashenko proposed the idea of a ‘Union State’ between Belarus and Russia. An agreement to this effect was signed in 1999. It has been suggested that Lukashenko’s ultimate aspiration was to become the President of a shared state, given Boris Yeltsin, his Russian counterpart, was suffering from ill health at the time. In the end, the rise of Putin as Yeltsin’s successor put pay to these ambitions. Lukashenko, unwilling to play a secondary role, quickly lost interest in the union.

For two decades, Putin and Lukashenko have now been firm ‘frenemies’. Belarus has acquired substantial economic benefits from Russia, notably subsidised, below-market prices for oil and natural gas imports. Meanwhile, Putin has aimed to keep Belarus within Russia’s orbit. In the current situation, however, Lukashenko faces a choice between losing power completely or increasing his reliance on Russia, with the potential costs for Belarussian independence that might come with the bargain.

Despite the close historic and cultural ties between the two countries, few people in Belarus support the idea of joining Russia. For the Kremlin, the situation is increasingly tricky as providing full support to Lukashenko, against the wishes of many Belarussian citizens, risks raising anti-Russian sentiment. Putin cannot allow the people of Belarus to overthrow their autocratic leader, not least because this would provide an unwanted example for his own citizens. Yet on the other hand, direct involvement in the suppression of protests could have a devastating effect on public opinion toward Russia.

Given this context, perhaps the most attractive option for Putin is to make use of indirect, hybrid methods to bring an end to the protests and bring Belarus more closely under Russia’s influence. This scenario is one that Lukashenko’s opponents in Belarus and their friends in the West should be acutely aware of. 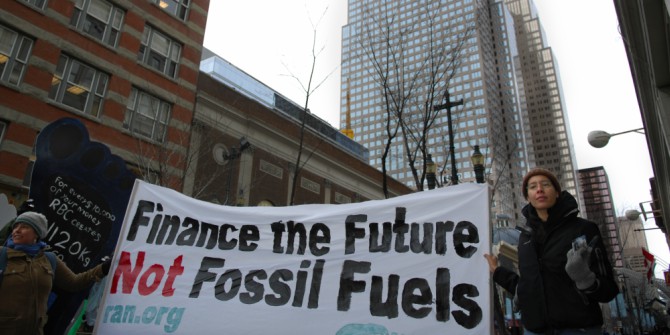