In this blog, Katy Hayward and David Phinnemore address the latest debate surrounding the implementation of the Protocol on Ireland/Northern Ireland. They suggest that, contrary to some claims being made, unilateral triggering of Article 16 by the UK would not offer an easy route for remedying the new realities in the movement of goods across the Irish Sea.

Transition is over and the Ireland/Northern Ireland Protocol is now in operation. With Northern Ireland effectively remaining inside the customs territory of the European Union and its internal market for goods and the rest of the UK now outside, there are new and additional formalities, checks and controls for the movement of goods from Great Britain to Northern Ireland.

As many had predicted, the first week or so has not been all smooth sailing. In fact, some lorries have failed to sail across the Irish Sea at all, and a number of delivery companies are refusing to even attempt to do so. This has led to some goods not being available in shops, some empty shelves in supermarkets, and some disruptions to supplies. In response to such reports, there have been assorted voices demanding that the UK Government ‘trigger’ Article 16 of the Protocol.

So, what is Article 16? And what does it allow? Article 16 concerns ‘safeguards’ and the mechanism for putting them in place. Such safeguards are often found in trade agreements and allow each party to take unilateral measures in response to an unexpected negative effect arising from the agreement. A similar provision is included, for example, in Article 112 of the Agreement on the European Economic Area. Such measures are rarely used.

The purpose of safeguards is to create temporary breathing space to resolve serious issues arising out of the implementation of an agreement and in such a way that allows that agreement to persist and, in time, to avoid worsening problems. This is the purpose of Article 16 of the Protocol.

Article 16 is one of the last provisions of the Protocol. This is because, in many respects, it exists as a last resort. The essence of the Protocol is about implementing what has been jointly agreed by the UK and the EU and managing it through joint action. This explains the existence of an institutional framework for decision-making. Decisions are taken jointly in the UK-EU Joint Committee, usually on the basis of recommendations from the Specialised Committee on the Protocol.

In the first instance, if there are problems with the implementation of the Protocol they are to be raised in the Specialised Committee and decisions then taken by the Joint Committee. Indeed, the Specialised Committee is specifically charged with discussing ‘any point raised by the Union or the United Kingdom that is of relevance to this Protocol and gives rise to a difficulty’ and to ‘make recommendations to the Joint Committee as regards the functioning of this Protocol’ (Article 14). That difficulties with the Protocol are normally to be addressed through joint action reflects the fact that the Protocol is part of the ongoing UK-EU relationship. 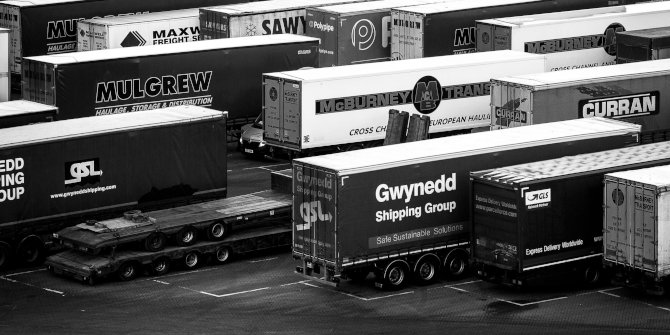 What is distinct about Article 16 is that it permits the UK and the EU to act unilaterally if the application of the Protocol is leading to ‘economic, societal or environmental difficulties’. These difficulties must be both ‘serious’ and ‘liable to persist’. Article 16 does not specify what constitutes a ‘serious’ difficulty. Nor does it define what constitutes a ‘diversion of trade’ – the second justification provided for adopting safeguard measures. However, as safeguards, they are not intended to address either reasonably foreseeable changes arising out of the Protocol or temporary disruptions to trade.

If the UK or the EU does deem it necessary to adopt unilateral safeguard measures, Article 16 is clear that these are to be ‘restricted with regard to their scope and duration’ and to what is ‘strictly necessary’ to address the difficulty or difficulties being faced. The overall intention of such a safeguard is to secure the good operation of the Protocol. For this reason, in the event of either party having to take unilateral measures, priority ‘shall’ be given to those that ‘will least disturb the functioning’ of the Protocol.

Article 16 is not, therefore, a route to the unilateral disapplication of the Protocol. The main means by which part of the Protocol can be disapplied is the democratic consent mechanism in Article 18 which requires a majority of members of the Northern Ireland Assembly, if asked, to provide their consent for the continued application of Articles 5-10. A first vote is expected towards the end of 2024.

Nor is Article 16 a route to unilateral suspension of the Protocol. Even if it were triggered, the Protocol’s provisions continue to apply, and this includes on monitoring and enforcement. Both parties can still be held to their obligations and so, in respect of UK obligations to implement EU law in respect of Northern Ireland, EU infringement proceedings.

Also, if one party does introduce unilateral safeguard measures, the other party may adopt ‘rebalancing’ measures. This is because the Protocol is a jointly agreed set of arrangements that create a balance of rights and obligations. Unilateral action by one party could give rise to the need for correction on the other. Any rebalancing measure must, however, be ‘proportionate’ with priority again being given to ‘such measures as will least disturb the functioning’ of the Protocol.

If either the UK or the EU does deem it necessary to take unilateral action, there is a process to be followed. This is set out in Annex 7 to the Protocol. First, if either party is ‘considering’ unilaterally adopting safeguard measures it must notify the other party ‘without delay’ and through the Joint Committee. When doing so, it must provide ‘all relevant information’ (i.e. details of the ‘serious economic, societal or environmental difficulties’), why these necessitate unilateral action, what the proposed action is, and its justification.

If unilateral safeguards are adopted, the measures must be notified to the Joint Committee ‘without delay’ which will then discuss the measures every three months with a view to both abolishing them as soon as possible and limiting their scope. At any point, either the UK or the EU can request that the measures are reviewed. All this applies as well to any re-balancing measures taken by the other party.

Article 16 is a mechanism to be deployed only when a joint approach to addressing serious and persistent difficulties arising out the Protocol has not been possible. If the UK government were to invoke it, the default option of a joint approach with the EU would need to have either been exhausted or be unavailable. The UK government would also need to be convinced that the difficulties would indeed be best addressed unilaterally after the requisite consultation and delay.

There are also wider political considerations. A hasty and unnecessary triggering of Article 16 would do little to enhance levels of trust within the UK-EU relationship. It would certainly not be taken lightly by the Commission or indeed by EU member states. They would recall that preparations during 2020 for the full implementation of the Protocol were dealt serious blows by the UK government’s downplaying of obligations and apparent willingness to breach its provisions (as seen in the UK Internal Market bill).

The UK-EU relationship has an opportunity now to build on the conclusion of the Trade and Cooperation Agreement and the cooperative approach to the implementation of the Protocol evident in the Joint Committee Decisions of December 2020. The first week or so of implementing the Protocol has not been problem-free. Understandably, everybody with concerns has been keen to find solutions. Article 16 exists for good reason. But this is not to say that its time has come, nor that it could, in effect, turn back the clock to the way things used to be.

Note: This article originally appeared at our sister site, LSE Brexit. It gives the views of the authors, not the position of EUROPP – European Politics and Policy or the London School of Economics. Featured image credit: Ed Beard (CC BY-NC 2.0) 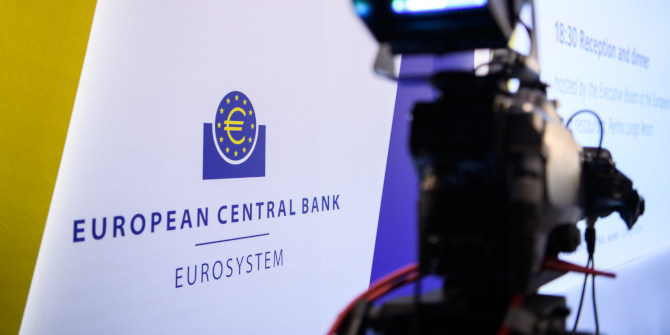