The Covid-19 pandemic has drawn attention to the role of key workers in providing essential services. Michael Leiblfinger and Veronika Prieler examine the case of migrant domestic carers, who perform a vital service in many European countries. They argue that while there has been a great deal of discussion about the service live-in carers provide, there has been relatively little done to improve their working conditions.

The Covid-19 pandemic highlighted some employees as critical or key workers who are typically not highly regarded. Food and other necessary goods workers, including agricultural labourers and supermarket staff, transportation workers, parcel delivery staff, and health and social care workers, received increased public attention when the pandemic first spread throughout Europe. They were clapped and cheered for providing essential services while at the same time often working under precarious conditions.

Women and/or migrants make up a high proportion of workers in the majority of these undervalued fields. Live-in carers, who are frequently women from Central and Eastern Europe, are one of those groups of overworked and underpaid workers. They not only work, but also live in the home of the recipients of their care and are often asked to work long hours including at night while making comparatively little income. Especially in countries like Germany and Italy, where the family plays a significant role in providing care, live-in arrangements have become an increasingly important pillar of elderly care.

The latter also holds true for Austria. Although Austria’s legalised self-employment model is unique in the sense of its formalisation and the public live-in care allowance for recipients, the country shares many similarities with other states that are dependent on migrant live-in care workers, especially with respect to the transnationality of arrangements and precarious working conditions. Eight in ten live-in carers registered in Austria travel from Romania and Slovakia, 95 percent are women, and the majority are over 40, with almost one in five over 60 years of age.

Low wages or pensions and poor job opportunities, especially for older women, push carers to accept often burdensome and precarious transnational live-in care arrangements. Typically, migrant care workers are brokered by agencies and two carers alternate in one household in rotas of two to four weeks. These comparatively short stays meant that Austrian live-in care arrangements were more vulnerable to closed borders and other travel restrictions put in place to tackle the pandemic. Indeed, the situation received both media and political attention even before the first lockdown went into effect.

To facilitate the extension of care worker rotas during the first wave of the pandemic, a publicly funded bonus for live-in carers that prolonged their stay for at least four weeks was introduced. Furthermore, the federal government initiated talks with neighbouring countries with the aim of creating corridors that suddenly critical live-in care workers could use to cross national borders. Similar to agricultural labourers, who were needed (or rather, wanted) for the spring harvest in several European countries, charter flights and special trains were organised to ensure the supply of live-in care workers.

These measures give an indication of the pressures political actors faced during the first months of the pandemic. These pressures resulted in public recognition of several actors, such as brokering agencies or state authorities, as saviours of the live-in model. However, care workers themselves were not recognised in the same way. Even though some media reports have dubbed them ‘heroines’ or ‘angels’, the views of live-in carers have remained underreported and their interests regarded as secondary concerns in Austria’s pandemic response.

The precarity and power imbalances between care workers and agencies, as well as households, have in many cases become exacerbated. Like other critical workers, live-in carers are unable to work remotely and are thus at a higher risk from the virus – not only on their transnational journeys, but also since care recipients and their visitors have not been required to undergo testing. Care workers, however, had to be tested before they cross borders or go into (unpaid) quarantine ahead of starting their work in the households.

Due to their relatively high average age, live-in carers also face an increased risk of severe illness if they contract Covid-19. Unlike the recipients of their care, live-in workers nevertheless have not been considered to be in particular need of protection. This became evident by the months-long delay in publicly funded PPE and pictures on social media of overcrowded mini-buses or shared rooms in quarantine facilities. However, suspending work for the duration of the pandemic was not an option for most care workers since they and their families depend on the income they make in Austria.

During their rotas, many care workers spend weeks in isolation, with (almost) around-the-clock availability required of them. In times of social distancing, this isolation has become even more acute, leading to additional psychological burdens stemming from a lack of opportunities for professional and personal exchanges. Even before the pandemic, carers faced difficulties in this context due to their transnational lives and their delocalised workplaces.

Nevertheless, since last March, an increase in information exchanges through online social networks and attempts to self-organise in the hope of making their concerns heard can be observed. In this sense, care workers have reacted to the near-constant state of uncertainty they now live in. They are obliged to contend with quickly changing regulations and a lack of information from both brokering agencies and state authorities alike.

However, it remains to be seen whether this will increase live-in carers’ independence and bargaining power vis-à-vis agencies and households. Growing pandemic-related unemployment in their countries of origin gives rise to concerns that live-in carers will continue to find themselves in precarious situations – either in transnational care arrangements or when trying to find alternative employment. Against this backdrop, it is vital that the current rhetoric surrounding live-in carers as critical workers is accompanied by action that leads to tangible change: namely, substantial improvements in care workers’ situations and a broader critical discussion of sustainable care systems.

Note: This article gives the views of the authors, not the position of EUROPP – European Politics and Policy or the London School of Economics. Featured image credit: Patient Care Technician (CC BY 2.0)

Michael Leiblfinger is a Researcher at the Department for the Theory of Society and Social Analyses at Johannes Kepler University Linz, working within the trinational research project Decent Care Work? Transnational Home Care Arrangements with the Austrian part funded by the Austrian Science Fund (FWF I 3145 G-29) and led by Brigitte Aulenbacher. The project studies the transnational brokering of (predominantly female) live-in care workers and, of late, has turned its attention to the pandemic-related challenges in live-in care.

Veronika Prieler is a Researcher at the Department for the Theory of Society and Social Analyses at Johannes Kepler University Linz, working within the trinational research project Decent Care Work? Transnational Home Care Arrangements with the Austrian part funded by the Austrian Science Fund (FWF I 3145 G-29) and led by Brigitte Aulenbacher. The project studies the transnational brokering of (predominantly female) live-in care workers and, of late, has turned its attention to the pandemic-related challenges in live-in care. 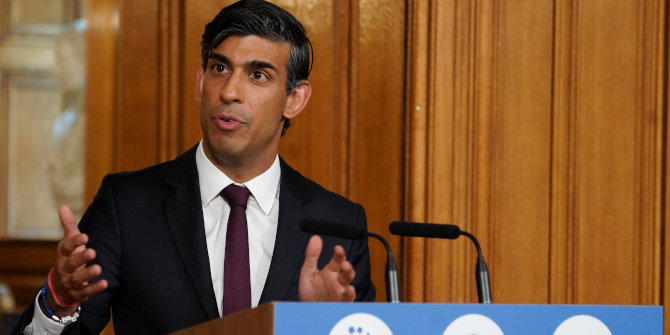 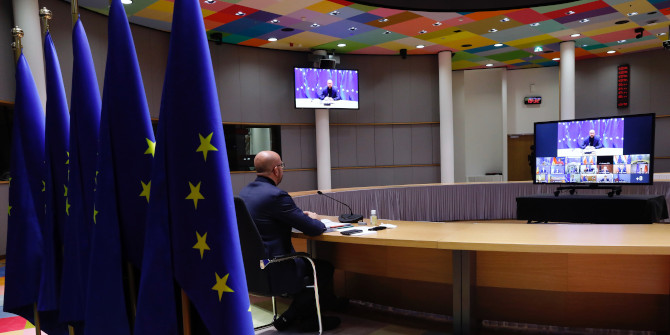