In The Tenacity of the Couple-Norm: Intimate Citizenship Regimes in a Changing Europe, Sasha Roseneil, Isabel Crowhurst, Tone Hellesund, Ana Cristina Santos and Mariya Stoilova explore the durability of the ‘couple-norm’ as an institutionalised norm backed through legal regulations, social policies and everyday practices, focusing on the experiences of individuals living in the UK, Bulgaria, Norway and Portugal. Showing how the couple-norm is both tenacious and intricate, varied and always in motion, this book will be invaluable for academics and students who study intimate citizenship regimes, intimate and couple relationships and the ways such relationships accept or resist the norms of intimate citizenship, finds Laura Makhulbayeva. 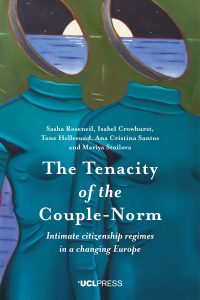 As a first-year PhD student studying families, couple relationships and marriage practices, I was interested in reviewing a new open access book, The Tenacity of the Couple-Norm: Intimate Citizenship Regimes in a Changing Europe, authored by Sasha Roseneil, Isabel Crowhurst, Tone Hellesund, Ana Cristina Santos and Mariya Stoilova. This book is highly recommended to those who are interested in learning more about how it is to live in relation to and outside the institutionalised conventional ‘couple-norm’.

The Tenacity of the Couple-Norm explores how the legally and culturally recognised ‘couple-norm’ and its regulations as well as internal and external operations affect the intimate life plans, experiences and desires of those who are single, those who are in same-sex relationships, those who are living apart from or cohabiting with their partners and those who are in multiple sexual relationships. The authors aim to understand the strength, capaciousness, pliability and prevalence of the couple-norm in four national contexts which were selected and can be differentiated based on dissimilar histories, cultures, communal values and practices, political and economic changes and social movements – namely, the United Kingdom, Bulgaria, Norway and Portugal.

The Tenacity of the Couple-Norm is the product of a large multidisciplinary international research project which employed the biographical-narrative interpretive approach to study the everyday intimate life experiences and relationships of 67 interviewed individuals living outside the conventional couple-norm in capital cities in the aforementioned European nation states. The book’s analysis and discussion are based on sixteen cases selected from the majority ethnic and minoritised groups of each country to understand the strength of the couple-norm.

The book comprises five parts and sixteen chapters. The first part discusses the couple-norm; the second part gives a historical overview of the institutionalisation process of the couple-norm in four different European intimate citizenship regimes; and the third part presents an analysis of sixteen different personal life narratives and case studies. The fourth part examines the tenacity of the couple-norm based on the given information in the previous chapters, and the fifth part provides the methodology.

The couple-norm is defined, according to the book, as a set of strong and influential legal, social and cultural norms, practices and arrangements associated with intimate life and the relationships of individuals, which are exercised, operationalised and followed by ‘the couple’ through a variety of expectations, injunctions, beliefs and obligations in a particular space and time. As the book suggests, this notion comes in line with and explains the concept of ‘intimate citizenship’, as things and processes that people accept as personal, sexual or familial have become politicised. Intimate citizenship regimes acting as normative systems can be understood as certain intimate life norms and practices that are always in movement and which can ‘regulate and construct closeness between people, laying down the framework and conditions within which personal relationships take place’ (21).

As the authors state, the couple-norm is both tenacious, and at the same time intricate, varied, contingent on certain circumstances and conditions, always in motion and under change. These characteristics, which are intrinsic to the nature of the couple-norm, can clearly be seen through the book’s historical observation of the institutionalisation of the couple-norm and the analysis of the sixteen case studies. The intimate life stories detailed in each of these cases are quite distinct from one another and each story illustrates how these particular circumstances are diversely affected by the operations and constituent elements of the dominant normative couple-form prevailing in a particular country, community, place and time.

This is illustrated in the story of Shirin, one of the participants of the research study. Shirin is a Norwegian-Pakistani woman born in the 1970s in Pakistan who migrated to Norway in her youth. As a high-school student, Shirin’s marriage had been arranged by her family and she had to marry a man from Pakistan. Although she did not have any feelings towards her husband in the beginning and had to abandon her boyfriend in order to marry him, she tried to be a good wife and lover. However, Shirin was abandoned with her two kids by her husband after three years of marriage. Nobody, not even her family, was there to help and support her during that difficult time. After several years she met a nice man to marry, but her family did not approve of the marriage, as this man was not from the same community as Shirin. At the time of the interview Shirin desired to marry this man, but at the same time did not want to cut her relationships with her family.

This intimate life story is a perfect example of the transformation process of the normative couple-form to an unconventional one due to Shirin’s divorce and her living as a single mother with her two children. This shows the ways in which the couple-norm operates through its key elements – ‘expectation↔injunctions’. The term ‘expectation↔injunction’ is coined by the authors to determine a variety of social and cultural expectations and injunctions that try to influence, regulate and control the processes of how the couple-norm should be lived. At least one or more of six types of expectation↔injunctions – identified by the authors as family approval, homogamy, marriage and lifelong commitment, romantic love, sex within the couple and dedicated work – play a significant role in determining the past, present and future intimate life and practices, desires, plans and choices of Shirin and the other fifteen interviewees with varying degrees of operation, interaction and influence. These expectation↔injunctions may not always operate one at a time; instead, they may differently influence individuals depending on a diversity of conditions, spaces and times.

The authors come to the conclusion that the tenacity of the couple-norm lies in its capaciousness and its entanglement with other norms of intimate citizenship – such as the gender-norm (the norm that separates human subjects into men and women and expects them to develop and be in hierarchical and interdependent relationships with each other); the hetero-norm (the norm that considers intimate relationships between opposite sexes as ‘natural’); and the procreation-norm (the norm that requires couple and intimate relationships to act based on the rule of biological procreation). This means that the couple-norm can contain and operate with and through a number of expectation↔injunctions and is closely interwoven and entangled with the three other norms, where ‘transformation in one norm of intimate citizenship has repercussions for the others’ (224).

In addition, the intimate citizenship regime, these norms, the couple-norm and its expectation↔injunctions, exercised both consciously and unconsciously by individuals, all work tightly together. In so doing, they influence each other, operating mainly invisibly, differing in intensity and degree of strength and persistence across different societies, local communities and times. Therefore, the couple-norm may also influence the lives of those whose beliefs, experiences and expectations do not correspond to its key elements. As the book suggests, there needs to be a strong action plan to transform welfare policies and intimate citizenship regimes in ways that will protect, respect and assist those whose lives do not follow the conventional couple-norm and to help resist its tenaciousness.

In conclusion, it is worth noting some thoughts on the book as suggestions for further investigation. The researchers selected only those individuals for interview who lived outside the couple-norm. However, it would also be interesting to read about the stories of people living inside the conventional couple-norm who may have also differently embraced, tolerated, survived or struggled with the couple-norm from inside. In addition to the six identified types of expectation↔injunctions, there could be further development of the legal elements of the couple-norm that are widely accepted and approved by the society and local community. As the authors note, the intimate citizenship regime refers to ‘the particular constellation of legal, social and cultural conditions of intimate citizenship’ (21). Since the authors largely focus on social and cultural expectations and injunctions, the legal element of the couple-norm could be elaborated for the concept to be complete and solid for our understanding.

The originality of The Tenacity of the Couple-Norm rests on its multifaceted historical observation and analysis of the recent developments of policies, social movements and cultures dominant in four different European countries and their effects on the intimate lives and relationships of individuals living outside the couple-norm. This book may serve as an invaluable work for academics and students who study intimate citizenship regimes, intimate and couple relationships and the ways such relationships accept or resist the norms of intimate citizenship.

Note: This article first appeared at our sister site, LSE Review of Books. It gives the views of the author, not the position of EUROPP – European Politics and Policy or the London School of Economics. Featured image credit: Sandy Millar on Unsplash

Laura Makhulbayeva is a first-year PhD student in Sociology at the University of Edinburgh. She studies marriage practices and the ways of entering marriage or couple relationships in the context of Kazakhstani society (her native country). She obtained her BA in Political Science from American University in Washington, DC in 2010 and an MA in Economics and Education from Teachers College, Columbia University in New York in 2015. She speaks Kazakh, Russian and English. 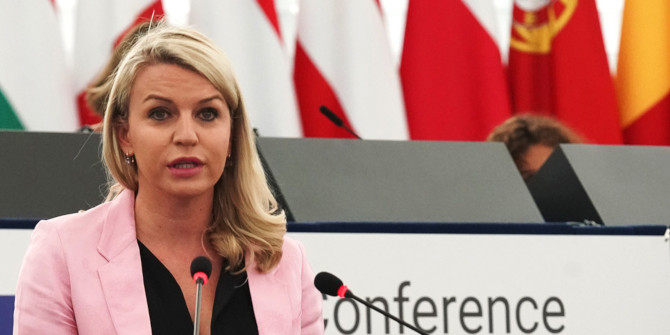