The upcoming Conference on the Future of Europe offers a unique opportunity for EU citizens to express their views on the direction of travel for the Union, particularly through the intermediary of civil society. A recently published LSE IDEAS report, ‘The Rise of Insurgent Europeanism’, discusses new visions of Europe emerging in civil society and what they mean for democracy and the European Union. In the report, Roch Dunin-Wąsowicz, Luke Cooper and Niccolò Milanese argue that the Eurozone and migration crises, Brexit and the pandemic have fundamentally changed the fabric of civil society in Europe and its attitudes towards the European project. In this blog, they explore these changes, consider their implications for the future of Europe, and formulate policy proposals to be discussed at the conference.

The Visions of Europe study (based at LSE IDEAS) mapped, tracked and monitored developments in European civil society between 2018 and 2020, in order to decipher how the decade of crises had changed it. Until relatively recently, it was thought that the European Union and its future was simply not an issue for grass roots civil society activists, who were preoccupied with the national or local level, although some were Eurosceptic, while others took Europe uncritically for granted. We find that the overlapping shocks to the social and political system of Europe – the financial/Euro and migration crises, as well as Brexit and now the pandemic – have forced civil society to re-examine and critically reengage with Europe.

We can observe an emerging European public sphere peopled by new competing visions of Europe. Instead of debates focused on being either “for or against Europe”, the new discourse is focused on the kind of EU that should be constructed. It is a debate that takes place between three types of civil society actors actively engaging with EU politics.

The first type are the somewhat traditional civil society actors who shape and communicate Europe – they actively promote European integration, and often also European identity, as well as participating in discussions on the future of the European project. We call them Traditional Europeanists. The second type are actors who see Europe as a means to further their core agendas on specific issues such as migration, climate change, or inequality – they are Instrumental Europeanists.

The third type are political disruptors emerging from civil society who take for granted that all politics (in Europe) is European these days. These Insurgent Europeanists are a new breed of organisations and movements. Accordingly, the organisations and movements that were the subject of our study favour what we describe as normative, popular, and responsive visions of Europe.

Civil society emphasise the importance of progressive values to the future of Europe. The normative vision of Europe contrasts progressive, democratic, and universal values with the narrow nationalist logics of competition and bargaining in the EU. This approach to the EU is process driven and non-instrumentalist, i.e. it emphasises the importance of democratic participation and engagement over and above any short-term economic gains.

Treating the EU merely as a resource, a playground for inter-governmental bargaining, and a scapegoat for failing national administrations has been the domain of many mainstream parties on both the right and the left of the political spectrum. Civil society offers an alternative vision of Europe as a custodian of norms and values and a protector of rights and freedoms.

Civil society seeks more direct participation in European affairs for European citizens. This vision emphasises notions of decentralisation and participation, as well as subsidiarity – all seen as contributing to the democratisation of the EU. On the one hand, civil society demands a Europe where citizens, cities, and regions, are empowered and able to challenge the hegemony of nation-states in the workings of the European construction.

On the other, civil society emphasises subsidiarity, arguing that Europe should only step in when necessary and that Europe-wide solutions should be adjusted to local conditions and realities. Our respondents believe that the combination of the two can go a long way in addressing the current democratic shortcomings of the EU and pave the way for a more democratic Europe.

Civil society wants the EU to take the lead in tackling global threats and crises. Europe has been exposed to a series of global threats in the twenty-first century: the financial, migration, and climate crises, as well as the Covid-19 pandemic. Civil society wants Europe to step up its response to such emergencies and to pursue adequate continent-wide solutions. This vision of a more responsive Europe emerges from the assimilated experience of past and current crises and threats, many of them global and transnational in character, as well as an anticipation of those that lie ahead.

A theory of change for European civil society?

Our research observes a politicisation of civil society in Europe. We note how the term ‘45 degrees’ has been used to describe the breakdown of the traditional distinction between vertical civil society preoccupied with policy advocacy and influence on political parties and governance, and horizontal civil society active at a grassroots level on a range of social, green or economic issues.

Traditionally the grassroots have often been suspicious of the political class. What has changed is the European focus of grassroots civil society and the readiness to engage with formal politics. This reflects the challenges that the European institutional space – and its various ‘layers’ of sovereignty – pose to transnational and pan-European civil society. Indeed, European political space introduces what can be called the ‘third dimension’ – a third axis – which lies in the transnational character of the activity.

Both institutional politics and civil society interactions take place across borders. This creates networks of activity within and beyond the ‘capital’ of Brussels. And today it has generated something akin to a European public sphere: a world of discussion and debate on the future of Europe that is seeking to capture the 45-degree diagonal fault line of democracy but at a new, transnational level. We argue that this approach offers the starting point for the development of a theory of change for actors operating within European civic space.

A twenty-first century version of democracy

The main conclusion of our research is that the fabric of civil society has changed dramatically in Europe over the past fifteen years of crises. Both the issues around which civil society in Europe mobilises, and the organisational forms this activity takes have changed, in the context of rapid technological, communications, and geopolitical developments.

An implication of this increased everyday, inescapable relevance of the European dimension is that the geography of European civil society changes: to be a civil society organisation with a ‘European’ vocation no longer requires an office in Brussels, a network across borders or a claim to ‘represent’ national member organisations, a special focus on or access to the European institutions, or (for accession countries) a mission oriented to preparing the population for joining the EU. European affairs is now something that can be done locally, and can even be done as an action of an individual.

What emerges from our research is that the visions of Europe put forward by civil society could be described as a set of proposals for a twenty-first century version of democracy. Twentieth century democracy was focused on the national level and based on vertical forms of representation. If democracy means the design of procedures, rules and institutions that enable individual citizens to influence and participate in the decisions that affect their lives and to hold decision-makers to account, then these procedures, rules and institutions need to reflect the complex, transnational character of contemporary European and global society.

It has to operate in a three-dimensional space (45 degrees) and it has to make use of digital tools to engage many more citizens in the democratic process than is possible in purely physical forums. Twenty-first century democracy has to involve citizen participation alongside formal representation, it has to be multi-level (European, national, local and regional), it has to encompass the diversity, cosmopolitanism and localism of European citizens, and it has to be able to overcome social fractures.

The Conference on the Future of Europe

The forthcoming Conference on the Future of Europe offers an opportunity to bring the European Union closer to those visions of civil society. While there are likely to be widespread civil society consultations, there needs to be political pressure to translate the outcomes of these consultations into meaningful reform of the European Union. It is interesting to note that new Eurobarometer data shows that 90 per cent of Europeans demand that citizens’ voices are taken more into account in decisions about the future of Europe, six in ten are thinking more about Europe’s future as a result of the pandemic, three-quarters expect the Conference on the Future of Europe to have a positive impact on democracy within the EU, and as many as 50 per cent want to be involved in the conference themselves.

Our respondents highlight that the success of the Conference would depend on active and meaningful participation of citizens and civil society. There is a risk that the conference will not be taken seriously, as has been the case with similar exercises in the past, and an important opportunity for Europe will be missed. When asked what the Conference should look like to help them achieve their goals, most respondents emphasised citizen participation, inclusivity, and engagement. Making sure that citizens from all countries and regions have a say. Commitment to change is a central concern for civil society. A number of our respondents emphasise that the EU must put into action any recommendations arising from the Conference, and worry that failing to do so might reflect negatively on the EU as a whole.

In order to reflect the changes that took place in civil society’s engagement with Europe over the last decade, we propose a set of policy proposals to be considered at the Conference on the Future of Europe. Most crucially, we argue that a permanent European Citizens Assembly, the democratic and financial empowerment of regions and cities, a more secure and inclusive European citizenship (also of non-EU nationals), and an extension and deepening of the social pillar of the European Union would be adequate responses to the changing visions of Europe in society. Whatever happens during the Conference, an epoch of the EU’s institutions refusing to listen to EU citizens is over – the bold and ambitious proposals put forward by civil society reflect that change.

Note: This article gives the views of the authors, not the position of EUROPP – European Politics and Policy or the London School of Economics. Featured image credit: © European Union 2018 – European Parliament (CC BY-NC-ND 4.0)

Luke Cooper (@lukecooper100) is a Consultant and Associate Researcher at LSE IDEAS. 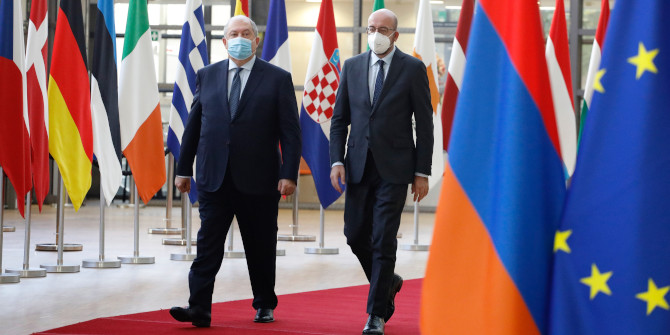 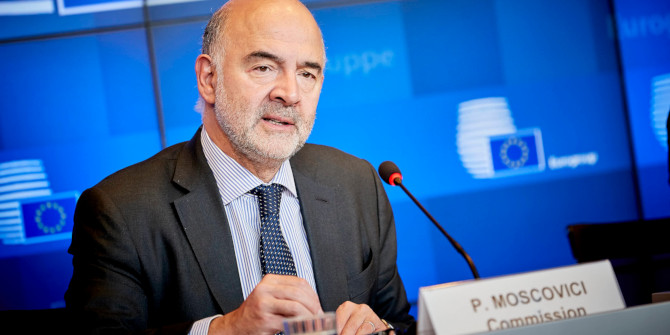 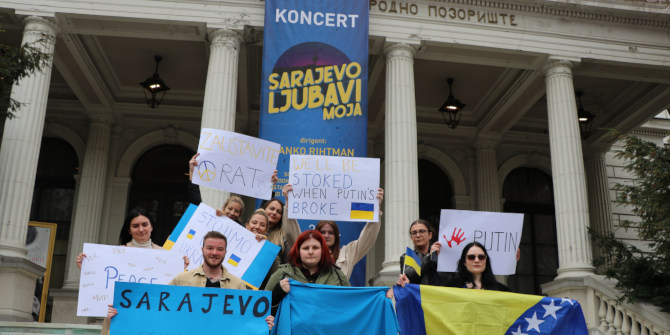