Over the last decade, an emerging body of research has sought to uncover the role that emotions play in politics. Drawing on two new studies, Rosa M. Sanchez Salgado assesses the impact emotions have on debates in the European Parliament and the wider EU policy process.

EU officials and representatives are usually pictured as technocratic and rational individuals. There is a general expectation that emotions – which are traditionally viewed as standing in opposition to rationality and objectivity – will have little impact on their decision-making process. Indeed, when emotions appear in discursive practices and deliberation, there is often significant pressure to put them to one side.

Yet, recent research I have conducted on the role of emotions in the European Parliament and the reform of the Dublin System shows that emotions play a central role in policymaking: they affect perceptions and shape subjectivity, which also has consequences for action. This raises the question of how we can better understand the impact that emotions have on policy outcomes.

Emotions are fascinating as a scientific concept because they bind together the activation of key body systems and socially constructed values and rules. Emotions can be studied both as neural impulses that move an organism to action (as a survival mechanism) and as social constructions that are learned through socialisation processes.

Perception based on emotions should not be seen as standing in opposition to rational or reasoned perception. It is now widely acknowledged that emotional processing is part of cognition itself and that so-called ‘rational processing’ is inseparable from ‘emotional processing’. Emotions therefore play a role in giving rise to thoughts and supporting values and beliefs. This means they have a programmatic or constitutive function that is key in policymaking. Scholars have shown that emotions become institutionalised in politics and that they bring with them specific constitutional solutions. In this constitutive role, emotions cannot be judged as intrinsically good or bad, and they certainly cannot be excluded from the policy process.

Emotions play a key role in framing processes and in shaping power dynamics. The way a situation is perceived (framing) has important consequences for the policy process, with the specific diagnosis of a problem leading to specific solutions. Emotions that support particular perceptions also have consequences in terms of policy solutions.

Emotions also play a relevant role in power dynamics. Policymakers learn the behavioural expectations that are attached to their roles and are motivated to meet these expectations to gain approval and rewards. Emotional expectations and skills are also distributed differently in accordance with an individual’s social status. Only particular kinds of emotions that are expressed in certain ways by certain kinds of people are accepted.

An example of this is the distinction between established, traditional politicians, and those who challenge the system from a position of opposition. While the former are expected to behave in a restrained manner, the latter are expected to use emotions as a tool for social change and resistance. The emotions that are considered to be appropriate in a given political context can therefore have an important impact on outcomes and the suppression of particular emotions can prevent certain actors from playing a decisive role in politics.

The economic crisis that began in 2008 and the migration crisis of 2015 provide two illustrative examples of the impact of emotions on EU policymaking. I have conducted an analysis of discussions in the European Parliament surrounding each of these two crises. This analysis revealed that emotions played a key role in policy framing.

During debates over the migration crisis, there was competition between two different frames that corresponded to different emotions: a frame based on fear (a security frame) and a frame based on compassion (a solidarity frame). Both approaches led to support for different policy solutions. The perspective built on fear and a concern for security was associated with support for stronger border controls and the repatriation of refugees. The frame based on compassion and solidarity, in contrast, was associated with support for solutions such as safe pathways to migration and a relocation system.

During the economic crisis, in contrast, fear alone stood out as the dominant emotion. Fear helped shape the perceptions of Commission officials and MEPs, with their policy solutions being primarily oriented toward the neutralisation of a perceived danger. The precise fears that were expressed within these debates varied. Mainstream political parties primarily feared the collapse of the euro and the EU, while populists and Eurosceptics articulated fears about public disorder and the quality of democracy.

These debates were characterised by the absence of other emotions that may have been appropriate, such as compassion and anger. Since anger tends to lead to the perception of negative events as being under human control, it may have resulted in a greater focus on policy solutions such as regulation or punishment against those deemed responsible for the crisis.

Understanding the role of emotions

Europe’s migration and economic crises illustrate why the emotions that are deemed appropriate in debates can shape the policy process. During the migration crisis, the expression of emotions such as indignation and compassion was considered to be appropriate because defending refugees was viewed as morally right. The debates in the European Parliament were often characterised by attempts to shame those who opposed taking action to protect refugees. These arguments were put forward not only by left-wing politicians, but also by many mainstream MEPs who wished to challenge the status quo.

The expression of fear, in contrast, was deemed less acceptable. Populist politicians were accused of fearmongering for portraying refugees as potential terrorists or ‘welfare tourists’. The explicit use of fear in this way was not viewed as appropriate in the European Parliament and these voices were not taken into account in the Parliament’s common position.

The fact that many MEPs challenged the status quo was reflected in the common position the European Parliament took on reform of the Dublin System in November 2017, which was interpreted as a proposal for substantial reform. Despite this ambitious common position, the absence of a common position in the Council led to the withdrawal of the proposed reform and the submission of a new proposal, the New Pact on Migration and Asylum.

During the economic crisis, strategies based on emotions such as shaming or fearmongering were far less common. The main challenge to the prevailing views in the European Parliament came from Eurosceptic groups, who had little opportunity to form a majority of MEPs or influence mainstream actors. Left-wing voices expressing criticism of austerity were not prominent in debates.

Mainstream political parties that could have joined left-wing challengers in their arguments against austerity endorsed instead a position aimed at reinforcing the EU and giving more competences to the Commission. The extent to which mainstream actors feared the collapse of the Union left little space for emotions such as compassion and anger. These emotions do not appear to have been viewed as appropriate. The prevalence of fear goes some way toward explaining the Council’s preference for budgetary discipline, which was apparent in the way the crisis was managed.

Emotions as an integral part of the policy process

Emotions and cognition are highly interconnected processes which accompany any human activity. Regardless of whether particular emotions are judged to be right or wrong within a given policy debate, or whether they are deemed to be appropriate or inappropriate in different political contexts, they are an integral part of the policy process.

Indeed, the role that emotions play is crucial. If emotions are suppressed then the beliefs, values and perceptions supported by these emotions will ultimately be excluded from the process. In the case of the migration crisis, the fact that emotions such as anger and indignation were deemed to be inappropriate in the European Parliament resulted in support for a reform built on solidarity between member states. In the case of the economic crisis, the prevalence of fear among MEPs contributed to support for measures focused on budgetary discipline. Without a full understanding of the emotions that framed these debates, it is impossible to build a complete picture of the policy outcomes produced by the Parliament.

Further research on the role of emotions in the EU is being carried out within the framework of the ACES interdisciplinary Research Project: Emotions in European Politics

Rosa M. Sanchez Salgado is an Associate Professor of European Politics in the Department of Political Science at the University of Amsterdam. 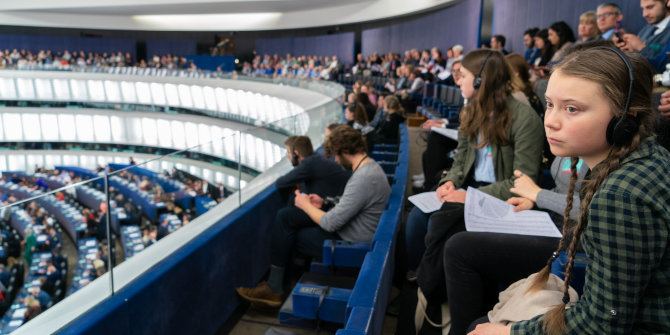 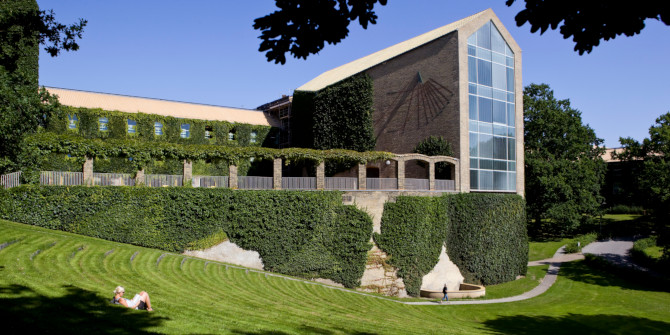 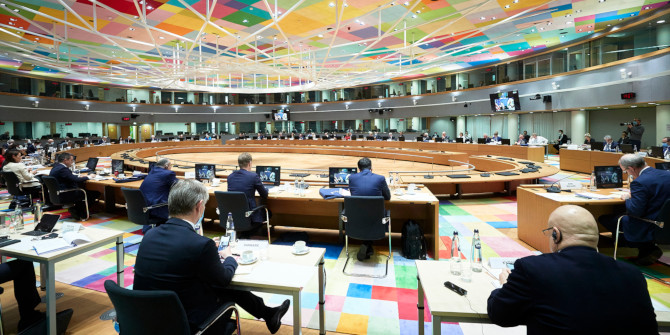