The convoluted saga of Brexit, from the referendum to the final departure of the UK from the EU, has long mystified observers of British politics. Drawing on a new book, Michael Burton explains how a rare combination of social, economic, and political factors, some global and others local, led inevitably to the UK’s break-up with the EU.

The decade from 2010 is perhaps the most dramatic in modern British history. For Anglophiles who regard the nation’s politics as usually stable and sensible, those years are mystifying. Many strive to understand what drove Prime Minister David Cameron to gamble the nation’s future on the EU referendum in 2016, and to fathom why a majority of voters backed Leave. They long for an explanation of how the previously competent Theresa May managed to make such a mess of her short-lived premiership, and to work out why the maverick Boris Johnson won a landslide general election in 2019 on a pro-Brexit ticket, taking former Labour seats with the vacuous pledge to ‘level up’ the UK’s poorer regions.

These questions are difficult enough for Britons, but a particular challenge for international students and observers of British politics, many of whom are baffled by the whole Brexit saga and the consequent descent into political chaos at Westminster. To illuminate them, and indeed myself, in a new book I set out to understand the underlying socio-economic and political background that led to Brexit and its aftermath and why the UK ended up with a Boris Johnson government.

The roots of Brexit

The EU referendum coincided with one of those rare historical episodes, a confluence of disruptive socio-economic and political forces, some global and some local, that mostly had little to do with the EU but whose victims found their expression of discontent in Brexit.

Two issues however stand out among the many causes of the Leave vote. One was the long tail of the Great Recession which led to a declining standard of living for millions of Britons, and the other was resentment against globalism. The permanent loss of economic growth from the recession and the accompanying decline in living standards from 2010 led these years being dubbed by economists as ‘the lost decade.’

But while the Great Recession led to Brexit, the latter was also a protest against decades of globalism by voters in deprived, former manufacturing areas or rundown seaside resorts in the UK, who felt themselves victims of economic forces over which they had little influence. It is no coincidence that the Leave campaign’s referendum slogan promising to ‘take back control’ struck such a chord.

Buffeted by the chill winds of globalism, these disillusioned voters were then doubly, even triply adversely affected by the Great Recession through stagnant wages and cuts in welfare caused by austerity imposed to restore the public finances. It was this Leave-backing group of largely Labour-supporting working class voters in former industrial areas and poorer pockets of the otherwise prosperous South East that later also gave Boris Johnson his majority in the December 2019 general election, when he campaigned artfully on a promise to ‘get Brexit done.’

But these voters were not sufficient in themselves to win the Leave majority. Added to them were a substantial number of otherwise comfortably-off Britons, especially pensioners, who disliked the internationalism of modern society. These two sets often crossed the political divide: both the left and the right shared a common nostalgia for a pre-globalism, pre-EU world of strong unions, full employment, little foreign competition, and low immigration.

Other events such as the refugee crisis and the sharp increase in immigration from the EU provided oxygen for a resurgent Eurosceptic and populist far right. Into this mix was injected the longstanding feud over Europe within the ruling Conservative Party which led David Cameron to attempt to head off the mounting threat from the right by agreeing to hold an in-out referendum on EU membership.

There were other factors like the rise of social media with its propensity to fan the flames of bigotry and fake news, the election as Labour leader of a lukewarm Eurosceptic whose left-wing policies drove middle England into the Boris Johnson camp, and the decision not to allow 16 and 17-year-olds, mainly pro-Remain, to vote even though it was about their future. The wonder with all these factors stacked against remaining in Europe was not that the UK voted to leave but that the majority was not higher.

The phrase ‘lost decade’ aptly describes the decline in living standards following the Great Recession, but it also captures the chaotic politics and wasted years that followed the referendum. Theresa May’s three-year term in office between 2016 and 2019 was dominated by bitter feuds with her own ministers over the Brexit negotiations. May understood the reasons for the Leave vote and wanted to address the issues of inequality but never had the time or political space to implement a policy agenda. Her disastrous election campaign in 2017, which destroyed her parliamentary majority, sealed her fate.

Her soundbite to describe poorer Leave voters was ‘the left behind.’ In essence, her policy to improve their economic welfare was little different to those of previous governments, namely to bring up the economic performance of the UK’s poorer areas to those of wealthy London and the South East. Her successor, Boris Johnson, rebadged the same policy as ‘levelling up’ and used it as his soundbite in the 2019 general election. Along with his promise to ‘get Brexit done’, this won him Labour seats and a parliamentary majority of 80.

His success was two edged. Johnson won a majority, but it relied on former Labour voters who had voted Leave and now expected him to deliver. Neither they nor he knew exactly what ‘levelling up’ meant and a White Paper on the subject was repeatedly delayed before finally being released on 2 February this year. The pandemic obscured the real impact of Brexit, but the Johnson government is still primarily an administration of Brexiteers who have to deliver what they pledged by the next election, at the latest in 2024. The lost decade may be contemporary history, but the story is far from over. 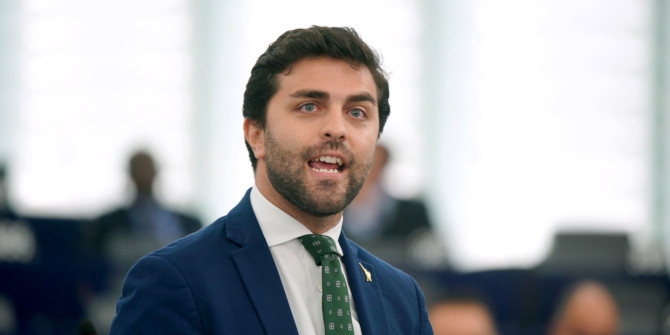