Russia’s invasion of Ukraine is likely to have a lasting impact on EU foreign policy. Maryna Rabinovych writes the EU will emerge from the war as a considerably stronger foreign policy and security actor that stands ready to defend its values.

One of the more unusual aspects of Russia’s invasion of Ukraine is that both Ukraine and the West were warned by Western intelligence several months in advance that it may happen. Aggressive leaks of intelligence data, the threat of sanctions, and promises to help arm Ukraine did not prevent the invasion. However, these measures were extremely helpful for Ukraine’s attempts to strengthen its resistance against the attack and for the West to coordinate its response.

This has not only helped stall Russia’s military advance but has also resulted in unprecedented sanctions being put in place by the West. The unity shown by the EU in agreeing sanctions and showing genuine solidarity with Ukraine has also provided new momentum for EU foreign policy cooperation. The European Council has so far announced four packages of sanctions in response to the invasion and there are currently reports about a fifth package being negotiated.

The first package of EU sanctions was agreed on 23 February following Russia’s recognition of the independence of the non-government controlled areas in Eastern Ukraine. The sanctions included travel bans and asset freezes for 27 individuals and entities, as well as restrictions on Russia’s access to the EU’s financial and capital markets. Following the start of the invasion on 24 February, EU leaders agreed to a second package of sanctions covering Russia’s financial sector, the energy and transport sectors, and dual-use goods exports. The sanctions targeted several other individuals, including President Vladimir Putin and Sergey Lavrov, Russia’s Minister of Foreign Affairs.

As Russia’s attacks intensified, a third package of EU sanctions was imposed. This included the closure of EU airspace to Russian carriers, banning broadcasting activities by Russian state-owned media outlets, the removal of selected Russian banks from the SWIFT system, the prohibition of any transactions with the Kremlin military-industrial complex and, most importantly, sanctions against the Russian Central Bank that prevent Russia from deploying a large part of its reserves. This was followed by a fourth package of sanctions on 15 March that added further restrictions. Sanctions have also been put in place against Alexander Lukashenko’s regime in Belarus for its role in aiding the invasion.

The EU’s reaction has not been limited to sanctions. Shortly after the invasion, President of the European Commission Ursula von der Leyen announced the EU would be deploying the European Peace Facility – an off-budget instrument under the Common Foreign and Security Policy – to provide weapons to Ukraine, including military jets. The decision, which represents the first time in its history that the EU has agreed to supply arms to a country fighting a war, was described by von der Leyen as a ‘watershed moment’.

What prompted this shift in approach was first and foremost the fear that Russia’s aggression may not be confined to Ukraine and could spill over into EU and NATO member states such as Estonia, Latvia, Lithuania, Poland, and Romania. The EU has been clear that it views Ukraine as not only fighting for its own survival but also for Europe and its security architecture.

A second reason why the EU has been capable of such a strong response is that the tactics the Russian government has adopted and the propaganda it has employed to justify its use of force have prompted revulsion among many in Europe. The way the Russian government has acted has brought memories of the Second World War to the surface, something that has not been helped by the ill-advised use of phrases such as ‘solving the Ukrainian question’ in some of the Russian media.

Third, the experience of the Euromaidan uprising has had a significant impact on the EU’s response. Ukrainians made clear in 2013-14 that they wanted to pursue a European future – a decision that Vladimir Putin is now attempting to undo through the use of force. The invasion was therefore deeply symbolic and represented a test of the values that lie at the heart of the European integration project.

Finally, the EU’s response was part of a broader mobilisation of Western allies who are intent on protecting peace and democracy. This mobilisation is likely to be maintained for the foreseeable future and it will have an important influence on the EU’s status as a geopolitical actor.

The Russia-Ukraine war therefore stands to be a turning point for EU foreign policy. In the short-term, we are likely to see both the strengthening of the member state-led Permanent Structured Cooperation (PESCO) and the EU’s military and security cooperation with third countries.

These developments will take place alongside the rise of enhanced security cooperation between the EU and NATO, especially in relation to the exchange of sensitive intelligence data, crisis prevention, and coordinated crisis responses. We will also see renewed focus within the EU’s Common Foreign and Security Policy on crisis prevention, countering disinformation, and supporting civil society in autocratic countries.

Geographically, the EU’s attention will shift towards the East and the North, especially in light of Putin’s threats to Finland and Sweden should they join NATO. All of these developments mean the EU is likely to come out of the current crisis as a considerably stronger foreign policy and security actor – one that is ready to meet the challenges posed by authoritarianism and to protect its values with force if necessary.

Maryna Rabinovych is a Post-Doctoral Researcher with the Research Council of Norway-funded project “Lowering the Bar? Compliance Negotiations and the EU-Ukraine Association Agreement” at the Department of Political Science and Management, University of Agder. 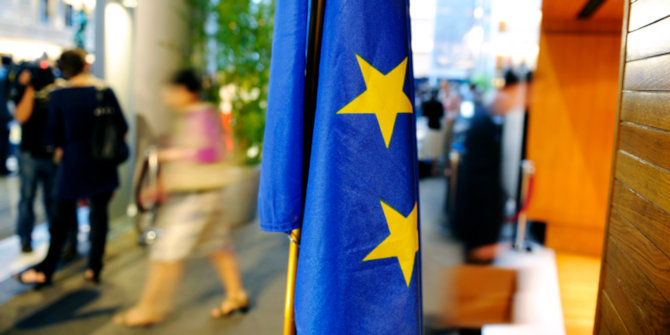 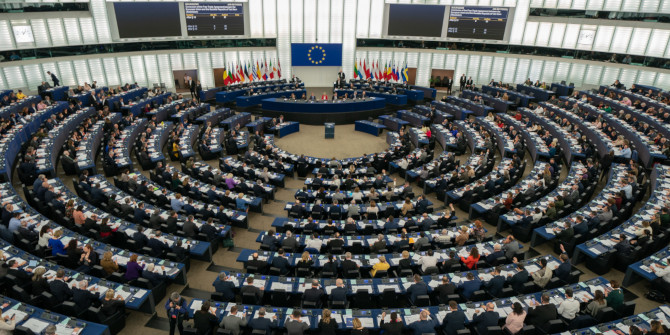