The International Criminal Court is currently investigating allegations of war crimes and crimes against humanity during the Russia-Ukraine war. Drawing lessons from the wars in the Balkans in the 1990s, Denisa Kostovicova and Rachel Kerr write that while it may take time, those responsible for the crimes that have taken place in Ukraine are unlikely to be able to escape justice forever.

This spring marked thirty years since the start of the siege of Sarajevo. From April 1992 until the end of the war in December 1995, Bosnian Serb forces surrounded and blockaded the city. They subjected it to daily attacks by artillery and sniper fire, killing more than 12,000 people, of whom nearly half were civilians and over 1,600 children.

In Sarajevo, the anniversary was always going to present a poignant moment of remembrance and reflection – on the loved ones who were lost but also on progress toward redress for the loss and suffering. But it was heightened by the sense of solidarity and empathy with the people of Ukraine. On 9 April, citizens of Sarajevo stood against Russian aggression in a peaceful protest organised by the Post-Conflict Research Center (PCRC).

This protest was unlike any other. Russia’s indiscriminate targeting of civilians in Ukraine made the memory of Bosnia’s civilian suffering raw. Speaking at the event, Benjamina Karić, the Mayor of Sarajevo, said that the daily suffering of the Ukrainian people ‘evokes difficult emotions in us and awakens our empathy in support of the Ukrainian people.’ Velma Šarić, the PCRC’s founder and director and one of the organisers of the protest, stressed the responsibility of all victims of injustice to speak out and support one another: ‘Support for Ukraine is support for all victims and survivors who have experienced or continue to experience injustice, crimes, and genocide – from Bosnia and Herzegovina to Rwanda, Syria, Yemen and more.’

As well as offering solidarity and support, nearly three decades after the end of Bosnia’s war, what lessons can be offered by the experience of survivors and victims, and more broadly from all those who suffered in the wars fought in the Balkans in the 1990s and into the early 2000s?

Justice will come, but it will take time

As evidence of Russian war crimes in Ukraine mounts, so do the demands for justice and accountability. These come from shell-shocked Ukrainians who have lost family members and friends, and those injured who managed to escape with their lives; they have also been made by members of the Ukrainian government, who have been vocal in calling out alleged atrocities.

The allegations and demands for justice have been loudly echoed by Western governments, before the UN, and in human rights organisations. But what is the prospect for these calls being met with accountability, including for those at the top of the chain of command? Putin’s war on Ukraine may not be going according to plan. Nonetheless, it is still hard to imagine Putin in the dock.

It is not dissimilar to the apparent immunity that Serbia’s strongman seemed to enjoy at the height of the Balkan wars and the violent pursuit of his nationalist project of annexing Serb-populated territories in neighbouring Croatia and Bosnia and Herzegovina. Serbian President Slobodan Milošević not only failed to take the emerging global norms of impunity seriously, but he was also unphased by them when unleashing violence on civilians, first in Croatia, then in Bosnia, and finally in Kosovo.

The founding by the UN of the International Criminal Tribunal for the former Yugoslavia (ICTY), the ad hoc international court, in 1993, did not stop violence in Bosnia, including the genocide in Srebrenica, in which over 8,000 Bosnian Muslim men and boys were killed in the space of a few days in July 1995. Milošević himself was even one of the signatories of the 1995 Dayton Agreement that ended the war in Bosnia and mandated cooperation with the ICTY, so confident was he that this was no more than a dead letter. Similarly, the ICTY’s indictment of Milošević on charges of war crimes in the midst of the Kosovo conflict in 1999, his next military adventure, seemed toothless.

But, he was proven wrong. Despite all efforts at evasion and subversion of international criminal justice by many representatives of the Serbian authorities, the emerging new global normative order that posits harms should not be unpunished, prevailed, and Milošević was handed over to the ICTY for trial in June 2001. His political and military executioners in Bosnia, Radovan Karadžić and Ratko Mladić, eventually followed the same path to The Hague.

This normative order frames the condemnation of Russia’s violence. On 2 March 2022, the Office of the Prosecutor of the International Criminal Court launched an investigation into possible war crimes in Ukraine, which was followed by the formation of joint investigation teams. Meanwhile, in Ukraine, domestic authorities announced on 12 May that they were ready to launch the first trials against three Russian soldiers accused of war crimes and are investigating over 10,700 more allegations. The wheels of justice have thus begun to turn. On the question of whether we might see Putin and his generals on trial, the dial has moved from ‘never’ to ‘maybe’.

As the war continues to rage, the world is learning the geography of war crimes in Ukraine. As in the Balkans and other conflicts, the egregious nature of violence etches the names of cities, towns, and villages on the global consciousness: Mariupol, Bucha, Borodianka, Kramatorsk, Kherson, and others. This is all being played out in front of our eyes, on television and social media. But bearing witness to atrocity is very different to ensuring a legal determination of responsibility for violations of the laws of armed conflict (war crimes), let alone other international crimes such as crimes against humanity and genocide.

Many survivors of the Balkan conflicts were left utterly disappointed and feeling betrayed by war crimes trials at the ICTY and those conducted in local courts. Even when brought to trial, some of those accused got off lightly with a relatively mild sentence or an acquittal. Evaluation of any trial is complex, but disappointment with the working of justice points to the importance of evidence, not just of the facts but, crucially, of intent.

Following his most recent visit to Ukraine, the ICC’s Chief Prosecutor, Karim Khan, acknowledged the ‘significant’ task of obtaining ‘the full range of documentary, digital, forensic and testimonial evidence’, and the importance of engaging with ‘all actors’ in order to do that. There are indeed many actors involved. Ukraine is currently a site of extensive evidence gathering on the ground by a multitude of actors, including ICC investigators, Ukrainian investigators, other international investigation teams, human rights organisations and others who happen to be present.

Advances in technology have changed not just the nature of information but also the volume of information circulating. However, more visual evidence, harvested from satellites, social media accounts, and other sources, does not automatically translate into better evidence in the courtroom, as we show in a recent study of the Balkan conflicts.

While visual evidence, such as satellite imagery, played an important role in the prosecution’s case in certain trials at the ICTY, in other cases arcane VCR tapes or camcorders either could not be admitted as evidence, or they served a more useful role for the defence by casting doubt on the prosecution’s case. The focus on gathering evidence is right, but the process needs to be carefully managed to avoid having a mountain of information yet little usable evidence.

Furthermore, the question of evidence is not just a technical or logistical matter, nor is justice simply a matter of criminal trials. Reports of the use of rape as a weapon-of-war in Ukraine have deeply affected Bosniak survivors of war-time sexual violence, who have encouraged Ukrainian survivors to be strong, and to seek the justice they are due, when they feel the time is right.

Despite its recognition as a war crime, owing to the ICTY’s work on war-time sexual violence, the stigma that surrounds the victims of gender-based sexual violence may yet again prove to be an obstacle to gathering evidence for criminal prosecution and ensuring reparations. Many women in Bosnia and Kosovo who were subjected to rape and other forms of sexual violence during the wars in the 1990s have still not seen legal redress or received the financial, psychological, and social support that is due to them. Attention needs to be given to gendered violence to ensure this experience is not repeated for Ukrainian women.

Whose justice and when?

In the Balkans, the past thirty years have been marked by the search for justice. The record remains mixed, at best. Radical evolution of international criminal jurisprudence has no doubt brought a measure of justice to some; however, many more remain dissatisfied, and even feel betrayed.

The search for justice and repair in the Balkans will continue as a complex and messy process of dealing with the legacy of war crimes, atrocities, and genocide. That lesson for Ukraine is not an easy one to hear, but it is important to note in order to calibrate expectations and prepare the groundwork for the long haul of reconciliation and acknowledgment of wrongdoing. Above all, it is important to create conditions to give justice a chance.

Aware that justice itself is a target in war, the ICC Chief Prosecutor has insisted that his only agenda is the truth: “the law applies equally to all sides, all parties to the conflict, whether Ukraine or the Russian Federation, whether the state actors or non-state actors.” The search for justice begins in the midst of war, and it has done so again in Ukraine. The key lessons from the Balkans are that those responsible for the crimes that have taken place during the Ukraine war will not escape justice, and that such justice is necessary for peace, but will never be perfect or satisfy all victims. Such is the tragedy that war visits on us all.

Note: This article gives the views of the authors, not the position of EUROPP – European Politics and Policy or the London School of Economics. Featured image: Photograph taken during the ‘We Stand with Ukraine’ protest in Sarajevo on 9 April 2022, Credit: Benisa Bibuljica (All rights reserved, reproduced with permission from the photographer)

Denisa Kostovicova is an Associate Professor of Global Politics in the European Institute at the London School of Economics and Political Science. She is Principal Investigator of the European Research Council (ERC) funded research programme ‘Justice Interactions and Peacebuilding’ (JUSTINT).

Rachel Kerr is a Professor of War and Society in the Department of War Studies and Vice-Dean (Education) in the Faculty of Social Sciences and Public Policy at King’s College London. 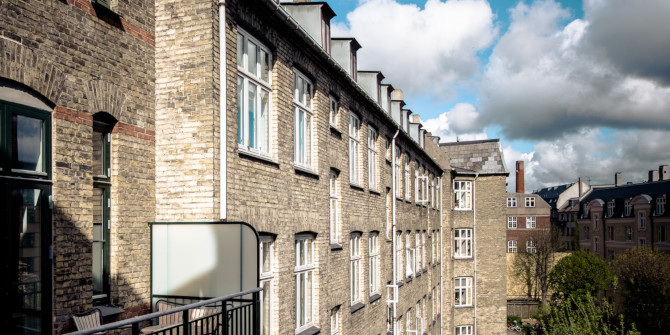