Hundreds of Armenian and Azerbaijani soldiers were reportedly killed in fighting that began on 13 September. Philip Gamaghelyan and Pinar Sayan assess what this latest escalation in hostilities means for the future of the two countries.

On 13 September, an incursion by the Azerbaijani army into the territory of Armenia left hundreds of soldiers from both sides killed. This latest escalation in the hostilities between the two countries has undone what little progress had been achieved in bilateral negotiations between Armenia and Azerbaijan, as well as between Armenia and Turkey in the preceding months. Observers are now left searching for potential next steps to help bring peace to the region.

The Nagorno-Karabakh Autonomous Oblast (NKAO) was an autonomous area in Soviet Azerbaijan with a majority ethnic-Armenian population. Following the dissolution of the Soviet Union, an ethno-territorial dispute over the area led to the First Nagorno-Karabakh War between Armenia and Azerbaijan.

In 1994, a ceasefire halted the hostilities, leaving the Armenian side in control of the NKAO and seven surrounding regions of Azerbaijan. To help resolve the conflict, the so called ‘Minsk Group’ of mediators was formed under the umbrella of the Conference on Security and Cooperation in Europe (CSCE) – now known as the Organization for Security and Co-operation in Europe (OSCE) – and was co-chaired by France, Russia and the United States. The active negotiations phase lasted through 2011 with a number of peace proposals put forward by the mediators. Armenian and Azerbaijani negotiators, however, continued to advance maximalist positions and failed to reach an agreement.

In the absence of a comprehensive peace process, ceasefire violations continued to escalate, culminating first in a ‘four-day war’ in 2016, and then a full-scale Second Karabakh War in the autumn of 2020. Azerbaijan, openly supported by Turkey, emerged from this war with control of the seven regions as well as part of the former NKAO itself. A ceasefire declaration on 9 November 2020, mediated by Russia, had major geopolitical consequences for the region. The role of Turkey, and even more so of Russia, was strengthened, while the United States and Europe temporarily lost leverage. Under the terms of the ceasefire declaration, Russia sent a peacekeeping force into the conflict zone.

Following the ceasefire declaration, Turkey initiated direct talks with Armenia. At the same time, Turkey announced that its relationship with Azerbaijan remained a priority and that the two countries would continue to closely coordinate their negotiation strategies. The negotiations, however, have been slow to progress and there have been few tangible results so far.

On the Armenian-Azerbaijani front, Russia’s invasion of Ukraine has led to two concurrent developments. On the one hand, Russia’s shift of attention and resources away from the South Caucasus has opened the door for the EU to step in as a mediator. Starting from March 2022, Charles Michel, the President of the European Council, has hosted a series of meetings in Brussels between Yerevan and Baku.

On the other hand, with Russia under international sanctions, the role of Azerbaijan as an alternative energy supplier and trade route has greatly increased its importance as a regional player. Azerbaijan’s demands in relation to Armenia have simultaneously grown, backed by periodic escalations in Nagorno-Karabakh and on the Armenian-Azerbaijani border. This culminated in the attack along the entire southern half of the Armenian border on 13 September.

Future developments between Armenia and Turkey are relatively straightforward to envisage in comparison to those between Armenia and Azerbaijan. There are two potential scenarios. The first is a continuation of the status quo, with closed borders between the two countries, an absence of diplomatic relations, and periodic half-hearted efforts toward normalisation.

The second scenario is a genuine move toward normalisation between the two sides. While this is possible, the current window for such a move is closing. The recent escalation between Azerbaijan and Armenia, approaching elections in Turkey, the sustained resistance of the Armenian opposition towards normalisation, and the return of geopolitical rivalries to the South Caucasus are all contributing factors.

If both sides are serious about normalisation, they will need to act fast and take concrete tangible steps, at least in the areas where they have a principled agreement such as the opening of borders for third-party nationals. The implementation of such small steps will require the sustained technical engagement of lawyers, economists, road engineers, rural development experts, and others, and could serve as a confidence-building measure on which future steps toward normalisation can be built.

Relations between Armenia and Azerbaijan, in contrast, are exceptionally complex. There are at least seven potential outcomes worth considering, which can in turn be broadly divided into three distinct categories: worst-case scenarios; maximalist outcomes; and compromises. The two worst-case scenarios are simultaneously the most devastating and the most realistic due to the sustained violence that has followed the Second Karabakh War in 2020 and the absence of progress in negotiations.

The first of the worst-case scenarios can be termed a South Ossetia scenario. While there are some important differences, the present-day Nagorno-Karabakh conflict has parallels with the South Ossetian conflict that led to a war in 2008 between Russia and Georgia. South Ossetia proclaimed independence from Georgia in the early 1990s and following outbreaks of violence, Georgian, Ossetian and Russian peacekeepers were deployed to the region in 1992. More than a decade and a half later, the 2008 war resulted in Russia recognising the independence of South Ossetia from Georgia, and Moscow pursuing close relations with the region, which Georgia views as effective annexation.

The still-Armenian populated areas of the former NKAO currently function as a de-facto Russian protectorate, which is not dissimilar to the status of South Ossetia after 1992. Although current relations between Azerbaijan and Russia are cordial, the same could have been said about Russia and Georgia during the Boris Yeltsin era in the 1990s. This raises the question of whether the NKAO could ultimately end up in a similar position to South Ossetia.

This scenario is a troubling one. The 2008 war had devastating consequences not only for Georgia but for South Ossetians as well. The region lost more than half its population to violence, forced displacement, and outward migration. Those who have remained live in a state of isolation from the rest of the world, faced with the constant threat of future conflict with Georgia and the presence of Russian military and intelligence supervision.

The second worst-case scenario is what could be termed a Syria scenario. This would be even more devastating and would entail the onset of a lengthy proxy war over the entire South Caucasus. The escalation on the Azerbaijani-Armenian border, Russia’s invasion of Ukraine, and the region’s troubled history should leave few illusions about whether this scenario is realistic. It should be in the utmost interest of all parties to avert it.

There are two maximalist outcomes, corresponding to the solutions favoured by some Armenian and Azerbaijan elites. Although these scenarios have support within Armenia and Azerbaijan, any attempt to pursue them could potentially spill over into the two worst-case scenarios outlined above.

The first maximalist outcome is a Kosovo scenario. This would entail the independence of the Nagorno-Karabakh Republic in the former NKAO borders. This resolution is the one that is preferred by many Armenian political elites, however Armenia has neither the resources, alliances, nor international standing necessary to pursue such an outcome. Yet, while the current Prime Minister, Nikol Pashinyan, has increasingly distanced himself from this scenario, a change of government in the future might bring the pursuit of it back to the table. This would result in a new cycle of violence and the involvement of third parties, bringing the conflict closer to either the Syrian or South Ossetian scenarios detailed above.

The second maximalist outcome is a Chechen scenario, featuring the oppression or displacement of the Armenian population of Nagorno-Karabakh by Azerbaijan. This is an outcome preferred by some Azerbaijani political elites. However, while Azerbaijan holds the upper hand in its immediate confrontation with Armenia, any attempt to implement such a strategy would likely cause a humanitarian disaster.

Furthermore, pursuing this strategy could make a South Ossetia scenario more likely. While part of the Armenian population would likely succumb to pressure and leave, as happened in South Ossetia, the most disadvantaged and the ready-to-resist groups would remain, making it easier for Russian peacekeepers to sustain, protect, and control the remaining population.

A number of potential compromises remain possible that would be comparatively less violent and could help establish minimally acceptable conditions for everyday life and functional coexistence, despite carrying major risks.

The first is an Åland Islands scenario. This would entail a high degree of political autonomy for the Armenian population in Nagorno-Karabakh. Long seen as the most sustainable compromise solution, a resolution along these lines would ensure the full self-rule and security of the Armenian population of Nagorno-Karabakh while also preserving Azerbaijan’s territorial integrity. With this stated, this model is unlikely to be seriously considered by Baku in the near future given Azerbaijan’s victory in the Second Karabakh War.

The second compromise would be a South Tyrol scenario. This would entail cultural autonomy and returning Nagorno-Karabakh to a similar status as the former NKAO, with all its benefits and downsides. The Armenian population would preserve a degree of self-rule, but it would be politically subordinate to Baku, likely leading to periodic conflicts. Successful implementation, however, would rest on a substantial degree of democratisation and adherence to international human rights norms. Considering the ongoing autocratisation of Azerbaijan, the effective implementation of this scenario would require a major reversal of political fortunes.

One final option is a Cyprus scenario, where normalisation is achieved in the absence of a political solution. This approach, associated with the ongoing presence of a foreign military force, would rely on long-term international investment into a normalisation process. It would be necessary to address questions of everyday coexistence while ruling out violence and putting on hold the search for a political solution to the conflict.

As these scenarios illustrate, there are many possibilities and risks confronting Armenia, Azerbaijan, and Turkey. To avoid new cycles of violence, negotiations between the three countries should prioritise coexistence and normalisation above all else. This will be vital if the region is to avoid becoming an arena for proxy wars and lasting violence.

Philip Gamaghelyan is an Assistant Professor at the Joan B. Kroc School of Peace Studies at the University of San Diego.

Pinar Sayan is an Assistant Professor in the Department of Political Science and International Relations at Beykoz University. 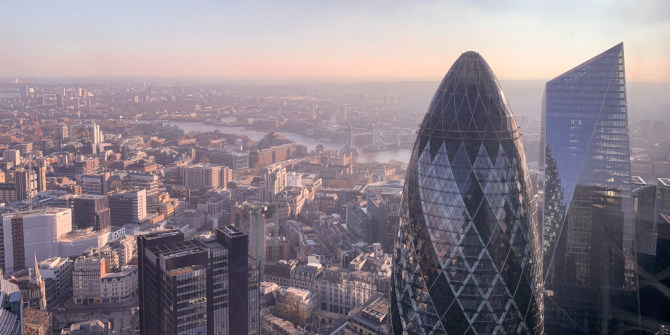