In our age of such political volatility and polarization, Revd Canon Dr James Walters reflects on two very different political theologies and what they can teach us about the role of the church in society today. The below is taken from Dr Walters’ address given at the Dean’s Forum at Chicago Cathedral during his recent trip to the United States.

On both sides of the Atlantic, we are currently experiencing an alarming new era of political volatility and polarization. Our societies are more divided and the political discourse more acrimonious than most people have known in their lifetimes. We are seeing a resurgence of forces that we thought history was leaving behind – extreme nationalism, explicit racism, isolationism. There is a lot of anxiety around, including in our places of worship.

So I have been reflecting a lot recently on how the church engages with all of this in the Anglican/Episcopalian tradition. Is it of course a diverse tradition, but nonetheless with common themes. In these reflections I have been inspired by two theologians, both called William who both have very strong connections with the London School of Economics, and somewhat contrasting views of how the Church should relate to the State.

William Temple. He was Archbishop of Canterbury during the Second World War, another time of great political turmoil and a time of very different visions of the state. Europe had seen the rise of totalitarian states, espousing ideologies of racial superiority and military expansion. England itself was emerging from the Victorian free market state that had polarized wealth and led to a dramatic expansion in urban poverty.

Temple was not a fan of either- but he did believe in the state. The governance of the Church of England remains closed linked to the State and back then was even more so (Parliament had rejected the revision of the Prayer Book in 1927 for example).Temple was a member of the British establishment. His father had also been Archbishop of Canterbury and he went to the prestigious Rugby School where he became close friends with R H Tawney who was later to become Professor of Economic History at the LSE. Through Tawney, Temple became friends with the director of the LSE William Beveridge and he officiated at Beveridge’s marriage to Tawney’s sister.

William Beveridge was tasked by the post war Labour government to write a report for the rebuilding of the nation, a nation that would not allow those who had defeated Nazism on the frontline to return to slums and poverty. So Beveridge wrote a report that created socialized medicine, the benefit system, and universal access to schooling. In other words he wrote the blueprint for the British welfare state. But it was his friend William Temple who first coined the phrase.

Temple conceived of the Church at the heart of society, shaping the political order in ways that made it conform more closely to the Kingdom of God. So in contrast to a state that just allows the market to divide its citizens, or a state that is overbearing and oppressive, Temple believed that the life of the church could shape the state in ways conducive to the welfare of its citizens.

So Temple wrote about the Eucharist:

“There we bring familiar forms of economic wealth, which is always the product of man’s labour exercised upon God’s gifts, and offer them as symbols of our earthly life… The Eucharist divorced from life loses reality; life devoid of worship loses direction and power. It is the worshipping life that can transform the world.”

Temple’s vision is of a Church that works with the state, redeeming the state, and making it more able to serve the welfare of all its citizens. That is an expression of the fact that he does believe in the state; he sees it as a revealed manifestation of divine will. This is where Anglicans can sometimes be in danger of baptizing the state or being religious apologists for the state. Temple, for example, despite now being venerated by Christian Socialists, opposed the General Strike of 1926 as too damaging to the state, and he was a staunch defender of the British Empire.

The second William is William Stringfellow. He was a young American who came to study at the LSE in the late 1940s with the explicit intention of researching the thought of Archbishop Temple. He was an Episcopalian but had not had a privileged childhood. He was very active in student Christian 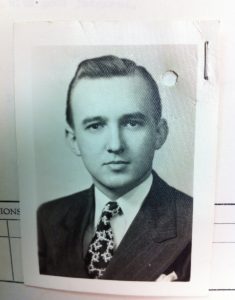 organisations and frequently represented them at the international ecumenical conferences that were gaining some traction in the postwar years.

Like most of our students at the LSE, Stringfellow was a very high flyer and he clearly harboured political ambitions. But while he was in London he did something which LSE students don’t often do: he decided to abandon ambition. He would write in 1982, “I was politically ambitious in my student days. But I had died to that during the time that I was a research fellow in England at the London School of Economics. It was then that I determined not to pursue politics as a career.”

Whatever his reasons for doing that, Stringfellow set himself on a path that saw him identifying with marginalized and excluded communities all his life. He trained as a lawyer at Harvard and on graduation moved into a tenement block in Harlem where he worked with a local parish providing free legal advice to anyone who needed it. This was the beginning of a life of activism for the disadvantaged. He was a prominent campaigner for civil rights, for gay rights, and against militarism. Indeed he and his partner were indicted for harbouring a Catholic priest who had destroyed Vietnam draft papers.

In Stringfellow we have a more radical Christian witness in which political order is cast as more hostile to the Gospel. Running through his theology is a Christian dynamic of the struggle against death and the resurrection’s power to overcome death in all its forms. Stringfellow draws on the Letter to the Ephesians which speaks of a struggle, not against flesh and blood, but against the “principalities and powers.”

But Stringfellow is not unpatriotic about America. He has high ideals about what America should be. But it is clear that he is far less positive about the current configuration of the state, and indeed its possibilities, than Temple. He describes the nation state as “the preeminent principality,” that which is most likely to be idolized and lead to death, both literal (as through militarism) and figurative (as in the death of justice, freedom and opportunity).

Christian life is about overcoming the principalities and powers, and fundamentally, Stringfellow sees the Church as a community that points to something far greater and more universal than the State. The event that founded the Church, the outpouring of the Spirit at Pentecost, was a moment at which different races and speakers of different languages were drawn together. Stringfellow’s lifelong involvement in the international ecumenical movement can be seen as a desire for the Church to embrace more of its universal character and avoid being constrained by nationalism or any oppressive political order of the fallen world.

I do believe though that Stringfellow’s theology is still thoroughly Anglican rather than non-conformist, primarily because, exactly like Temple, he roots the political action of the Church in worship as the living enactment of scripture. He writes:

“At no point in the witness of the Church to the world is its integrity as a reconciled society more radical and cogent than in the liturgy, the precedent and consummation of that service which the Church of Christ and the members of this Body render to the world.”

These two Williams– Temple and Stringfellow – have contrasting political theologies. One essentially positive about the nation state and the capacities of the church to shape it. The other more radical and critical about the state.

Considering our contemporary political situation, I think we’ve got something to learn from both Temple and Stringfellow, pretty much in equal measure. What can they teach us?

On the one hand, we need to give a place to the state and to people’s aspirations for their national community. It seems to me we need to recognize that the divisions present in our countries have, in large part, arisen through the effect of what we might call the “secular Pentecost” of globalization.

So many people are feeling that their communities and their country have changed dramatically in ways that have benefited white collar workers more than blue collar. And we shouldn’t rush to accuse people of bigotry or xenophobia in their concerns about how their communities have changed. It’s often pointed out in the UK that concerns about immigration are lower in very diverse communities like London than they are in less racially diverse areas. And that’s often seen by the cosmopolitan-minded as evidence that if people just embrace the changes globalization is bringing to their communities, they’ll learn to appreciate this diversity.

But researching I saw the reason for this is in fact that in London we have given up on community. We do not talk to our neighbours and we just seek out the like-minded through our professional and social networks to construct our own sense of community. But in less metropolitan areas people don’t want to give up on community. It hurts them that they have new neighbours who don’t speak the same language as them and who don’t come and drink with them in the pub. They want a strong sense of community build on shared values, language and understanding. That isn’t racism.

In response to this I think we need a good dose of Temple’s understanding of the state as a force which protects its citizens from market forces and which allows people to take pride in their nation, in its heritage and traditions. The Christian tradition has a strong sense of the sanctity of place, of nations having patron saints and purposes under God. Globalisation has robbed people of that, making every place the same place and leaving us feeling that no place is sacred, no place is special, no place is home. So we need Temple’s commitment to the state, and his understanding of worship that sanctifies our national community.

But on the other hand, we are also in urgent need of some incisive and effective critique of the state on Christian terms. We need Stringfellow’s understanding that the state can be our most dangerous idol and a powerful source of judgement and exclusion. Stringfellow would tell us that no Christian nation worthy of the name secures itself by excluding the refugee or the poor in the way that both our countries are seeing as an almost unquestioned logic at the present time. It is in the suffering stranger that we most clearly encounter Christ and in response to whom we are judged by God. So we need Stringfellow’s radicalism. We need his suspicion of the state and his understanding of worship as a witness against the idolatry of nationalism, money and ethnicity.

So we have two Williams, two political theologies but both grounded in our primary act as Anglicans of participating in God’s transformation of the world through worship. I think both are as relevant today as they ever were and I commend both their perspectives to you as sources of inspiration in our uncertain political times.

We are all Human podcast now online!

Am I My Brother’s Keeper? Faith Communities Responding to the Syrian Refugee Crisis