The author would like to thank Public Aid Organisation (PAO) and Iraq Women’s Network (IWN), who helped with the drafting of this piece. This blogpost is a product of the Conflict Research Programme–Iraq’s project ‘Patriarchal Norms and Legal Discrimination Against Women and Girls in Iraq‘, led by Principal Investigator Taif Alkhudary.

A demonstration in Iraq against the killing of female activists. Source: Public Aid Organization, Iraq

Violence against women represents one of the most important challenges to the empowerment and improvement of their lives in Iraq. This is due to a lack of awareness and in-depth understanding among policy-makers of the root causes of violence against women. The persistence of conflict, the spread of terrorism and extremism, and the entrenchment of tribal norms within the legal system have contributed to continued high levels of physical and sexual violence, as well as the emergence of harmful phenomena and practices based on discrimination and inequality. When combined with and strengthened by social and cultural norms, these factors prevent cases of violence from being reported and perpetrators from being prosecuted. This is despite the fact that the Iraqi Constitution (2005) prohibits all forms of violence and abuse within family and society.

In this article, we examine the most prominent forms of violence against women in Iraq.

Women were not spared from Daesh’s crimes, which included kidnapping, extrajudicial killing, rape, slavery, human trafficking and the forced marriage of women and girls to fighters. Daesh’s use of women and girls as tools of war has been variously described as a war crime, genocide and a crime against humanity. Women who were displaced as a result of  hostilities were not safe from these practices in displacement camps. They have faced a lack of humanitarian support, restrictions on their movement, the loss of livelihood opportunities and have been prevented from communicating with the world outside of the camp’s boundaries.

Fear of stigma or rejection by their family and society, or of retaliation and weak criminal justice procedures, with many loopholes, mean that women who have been subjected to violence are prevented from reporting or searching for the necessary support and protection, thus impeding their access to justice. This has increased women’s vulnerability and dependency, as well as leading to an acceptance of the violence to which they have been exposed.

Domestic violence remains a major danger facing women and girls in Iraq. These violations are normalised and not spoken about, within a framework of a patriarchal system which derives its influence from customs and traditions. Article 41 of the Penal Code (No.111 of 1969), grants men the right to discipline their wives and children. The lack of a domestic violence law, despite advocacy campaigns by civil society organisations, means that victims cannot report or file complaints against perpetrators.

Government efforts have failed to tackle or reduce domestic violence. This is despite the approval of the National Strategy to Combat Violence Against Women (2018–30) and the formation of the Family and Child Protection Against Domestic Violence Directorate in the Ministry of Interior in 2009. Medical and legal services, psychological and social counselling programmes and the experience of service providers and workers in this field remain weak. This is in addition to the lack of provision of shelters (with the exception of the Kurdistan region) and the lack of an institutionalised referral system.

Despite the adoption of the Law Against Domestic Violence (No.8 of 2011) in Kurdistan, and the achievements of the Kurdistan Regional Government and civil society organisations in managing to reduce violence, it continues to be practiced. Official statistics from the Ministry of Interior show that 91 women were killed or ‘committed suicide’, 203 women either ‘self-immolated’ or were set on fire, 87 cases of sexual assault were recorded, and 7,191 women filed a domestic violence complaint in 2018 in the Kurdistan region.

Crimes with ‘honour’-related motives represent some of the cruellest forms of violence against women. Honour crimes are usually committed by relatives against a woman if her behaviour is seen to have brought her family’s honour into disrepute. This is because women are considered to be a measure of the honour of the family and tribe. While the rates of such crimes are higher in the countryside than in cities, accurate and reliable statistics are not available, as the motives behind these crimes are often recorded as ‘unknown’ or ‘matters of fate and divine order’. What is more, Article 128(A) of the Penal Code stipulates that killings with an ‘honourable motive’ are a mitigating circumstance for punishment.

Likewise, Article 409 of the Penal Code stipulates that the punishment for a man who kills or beats his wife, female relative or her partner, in the case of adultery, to death or causes them permanent impairment, is up to three years in prison. The judge also has discretionary power to reduce this punishment, with judges usually sentencing perpetrators to six months imprisonment or a year with stay of execution. The perpetrator’s penalty cannot be increased.

However, if a woman kills her husband in the context of adultery, she will be punished with the legally prescribed punishment, without any mitigation.

Child marriage is a common phenomenon in Iraqi society. UNICEF estimates that about a quarter of girls marry before the age of 18 (including 5 percent married by the age of fifteen). Civil society organisations have also indicated that 80 percent of these marriages take place outside the formal judicial system.

Article 8 of the Personal Status Law (No.188 of 1959) provides for exceptions for the marriage of minors who are 15 years old with the agreement of their legal guardians and with the permission of the judge, whether boys or girls. Judges can also give permission to those who have reached 15 years of age to marry if he finds that there is an utmost necessity to do so, without any stipulations regarding mental capacity or maturity. This means that the marriage of minors is possible depending on the judge’s interpretation and the school of jurisprudence to which he belongs.

Trafficking in women and girls

Human trafficking, and especially trafficking in women and girls who are drawn into prostitution networks, has grown substantially in Iraq, especially after 2014 as this phenomenon spread with the help of social media. Insecurity, impunity and widespread corruption contributed to the escalation of these crimes in various governorates of Iraq.

Despite the passing of a Law on Combatting Human Trafficking (No.28 of 2012), government measures to curb this phenomenon have proved ineffective due to the lack of experience of those working on investigation and data collection and the follow-up and prosecution of organised crime networks. This is also due to the lack of rehabilitation programs and services provided to victims as stipulated by the law. Women and girls in Iraqi prisons often face unfair and disproportionate sentences for prostitution, which can sometimes amount to the death penalty or imprisonment for up to 15 years.

Girls in the Kurdistan region of Iraq have been subject to Female Genital Mutilation (FGM). However, this is rare in central and southern Iraq. Statistics published by the Kurdish Ministry of Interior, showed that the percentage of FGM in the region was 37 percent in 2018. Most of the girls who underwent FGM were between the ages of two and nine years old. Despite FGM being criminalised under the region’s domestic violence law, governmental and societal efforts are still unable to prevent it, due to prevailing social norms and customs.

From this, we can conclude that there are deficiencies at the level of legislation and the development and implementation of national policies, and though serious work has been done to combat violence against women, it remains necessary to confront practices and traditions which have contributed to its entrenchment in the social, cultural and legal systems of society. Criminal laws remain unresponsive to reducing and addressing these crimes, given the persistence of discriminatory articles which perpetuate violence against women, which stand in direct contradiction with the standards of justice and equality set out in the Convention on the Elimination of all Forms of Discrimination against Women, ratified by Iraq in 1986.

Photo by Mhrezaa on Unsplash

Anfal Abed is the Executive Manager of Public Aid Organization (Iraq) and is the team lead on the Conflict Research Programme–Iraq project 'Patriarchal Norms and Legal Discrimination against Women and Girls in Iraq'. Previously, she worked on gender-based violence in conflicted-affected areas in Iraq. 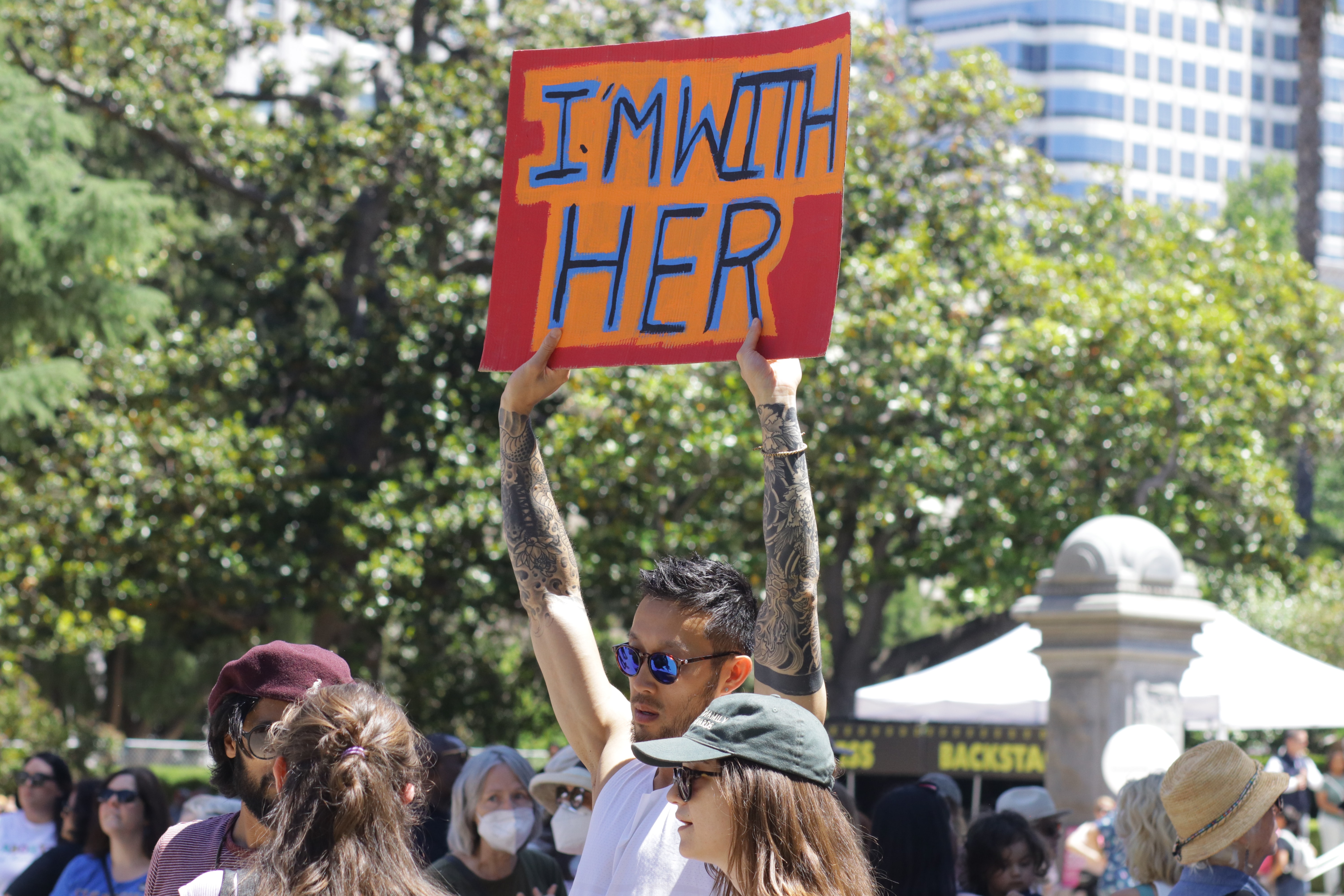 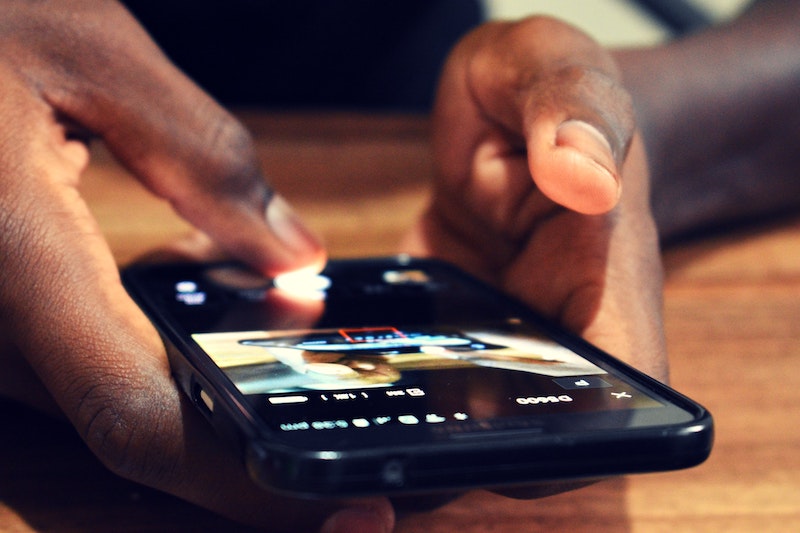 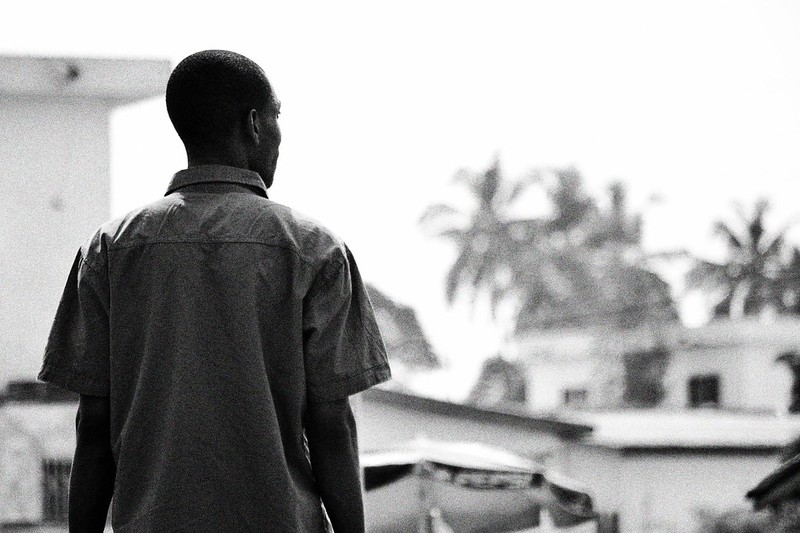