Nomadic populations’ mobile lifestyles, alongside historical and socio-cultural factors, mean they are often marginalised from state systems, including health services and formal education. Drawing on research exploring reproductive and sexual health decision making and land rights, researchers from the Nomadic Health Project and the Nomadic Land Rights study draw attention to the unique and gendered intersections between health and conflict, in the context of growing interest in climate change, amongst pastoralists in North-Eastern Kenya.

Who are nomadic groups?

Broadly defined, nomadic pastoralists rely on migration and livestock for their economy, migrating seasonally in search of limited resources (pasture and water). This form of pastoralism with irregular movement is often practiced in areas where little arable land exists. While their nomadic lifestyles make accurate estimations difficult, globally there are believed to be 30 – 40 million nomadic pastoralists, found predominantly in Central Asia and the Sahel. It is estimated that over 60% of nomadic populations around the globe live in the arid and semi-arid lands of Sub-Saharan Africa. Here, nomadic populations herd camels and settle in one place for limited amounts of time, while semi-nomadic groups herd cattle and settle for longer. Nomadic populations often have limited access to health services and are vulnerable to infectious disease, high maternal mortality, high fertility rates, and low uptake of health care, including reproductive health services. While some research groups document current and changing needs amongst nomads, highlighting their resilience and innovation, there exists very little research on the intersections between health, rights, security, and climate justice.

Increasingly, global researchers and activists are drawing attention to the intersections between climate change and reproductive and sexual health, including gender based violence, as well as climate change and conflict. This is in the context of an increased push to recognise pastoralist land rights given their reliance on natural resources and the increased dispossession of their resources. Nomadic groups across the globe represent often marginalised populations who are, and will continue to be, disproportionately impacted by climate change and global pandemics.

Our research in Kenya explores nomadic health and rights through a gendered lens: in the Nomadic Health Project we focus on gender and social norms and structural barriers which influence family planning access and use in North Eastern Kenya (Wajir and Mandera), a context where conflict over resources such as contested pasture and grazing land is common, exacerbated by climate change and clan tensions.  In the Nomadic Land Rights study, we explore land rights and women’s roles in pastoralist communities in Samburu and Kajiado counties. Women are affected by both limited access to land and climate change given their gendered roles and responsibilities at the household and community level. Existing customary practices and deeply rooted patriarchal traditions continue to disadvantage women in these communities. We explored lived experiences and beliefs in these communities using qualitative methodologies, including vignettes, focus groups, in-depth interviews, and social network analysis.

Social norms define what is acceptable and what is not, in a given setting. Social norms research allows us to explore context-specific underpinnings for health behaviours and inform interventions that are sensitive to community needs. For example, increasing the number of family planning services may not increase uptake, if community members who wish to use these services fear being judged or ostracised. We found that gender norms limit the ability of women (15-49 years old) to make reproductive health decisions, such as modern family planning use. By exploring women’s social networks, we discovered unbalanced decision-making power where husbands were key reproductive health decision makers who rarely supported modern family planning use. In addition, the gender norms limiting women’s decision-making power, were at times supported by health providers and local leaders, which further hindered women’s access to reproductive health services. However, other family and community members were at times supportive of family planning, revealing the wider and interconnected influence in these women’s networks. Interviews and vignettes showed women were expected to conform to gender roles: give birth and raise many children, often from a young age. Specifically, marrying young was linked to women’s ability to give birth to more children, and as such, modern family planning was generally not tolerated in the community. All pastoralist women interviewed desired several children; however, they expressed the importance of being able to safely space pregnancies to preserve the health of mother and child.

In situations where there are conflicts over land and other resources, in addition to erratic rainfall and periods of protracted drought, health priorities defined by external global health actors can become less relevant. We found communities prioritised access to basic health, water, and nutrition services, but physical and economic barriers often prevented communities accessing health and social services. This highlights the need for an increased policy focus and funding for basic and essential services in these areas, alongside family planning, to ensure reproductive health rights are achieved. Pandemics and natural disasters linked to climate change have been shown to limit the availability of reproductive health services, leading to the questions: what happens in contexts where access to services is already challenging and how can we address these gaps?

Climate change impacts nomadic lifestyles, with some moving to more sedentary lifestyles and diversifying their livelihoods. Settling in urban areas, sending children to school, and having smaller families may be associated with improved gender equality, economic prospects, and development outcomes. However, the context of climate change-related pressures and poverty may foster a continued desire for larger families as children were viewed as essential support for the community and important contributors to the local economy. This may also contribute to the continued high girl child marriage prevalence in these areas.

Over 50% of the world’s land is community owned and some researchers have linked securing community land with mitigating climate change.  However, less than 20% of landowners globally are women. Women’s land tenure security is often impacted by discriminatory norms and limited implementation of policies and laws. Ensuring women’s access to land is important to achieve SDG 5 on gender equality and SDG 13 on climate action, as well as contributing to women’s economic prosperity and wellbeing. Access to land is managed through both formal and customary laws, yet the latter is stronger in nomadic communities and has been found to negate gender equality in access to land.

Climate change has a gendered impact and  exacerbates poverty, social injustices, and security and conflict violence. Women are more vulnerable to climate shocks and prolonged droughts and play a significant role in food provision in pastoralist households. The significant role of women in these communities is rarely recognised and pastoralist women have historically been marginalised from land ownership or participating in decision making processes. In our study on the implementation of the Kenya Community Land Act, we found provisions for equal rights for men and women, but these are not yet achieved in practice.

Cultural preferences that promote male education and discriminatory customary land practices continue to obstruct women and minority groups from participating in education and decision-making. These gendered power imbalances can lead to poor economic and health outcomes for women. The implementation of the Community Land Act provides opportunities to enhance equal participation and access to land. The law requires, for the first time, that women are part of Community Land Management Committees, where decisions on community land are made.

Nomadic women play a pivotal role in helping to adapt to a changing environment due to climate change. Therefore, increasing awareness of gender equity and women’s role in strengthening the resilience of pastoralist communities is crucial in reducing a nomadic community’s vulnerability to climate change as well as improving health outcomes. This includes addressing relations of power that affect decision making in the community and cultural beliefs that continue to marginalise women and minorities.

Nomadic populations face a unique intersection from urgent challenges arising from climate change, security, and health including global pandemics. Research and programmes must be sensitive to, and engage with, community needs using a gendered and inclusive lens. Reproductive health services must remain rights-based, especially in the context of growing fears over climate change and population growth. Policymakers and researchers must consider the gendered impacts of climate change, access to health services and land ownership, and the need for women’s participation at all levels in decision-making. This ensures that agendas such as the SDGs, Women Peace and Security, and COP26 are equitable, address reproductive health, sexual and gender based violence, and climate change, and truly leave no one behind.

This blog expands on research outputs of the Nomadic Health Project, with a wider team of researchers based at the London School of Hygiene & Tropical Medicine and Save the Children. The authors would like to acknowledge the insights and time shared by research participants and contributions of the wider research team who all made this work possible. They have been cited in the articles references throughout this blog.

Funding was received from the Bill and Melinda Gates Foundation for the Nomadic Health Project. Ongoing research on pastoralists and land rights is part of a broader Rights and Resilience Project in Kenya funded by DANIDA at the University of Nairobi, University of Copenhagen, Danish Institute for International Studies, and Roskilde University.

Rahma Hassan is a social economic researcher from Kenya and a PhD fellow from the University of Copenhagen and University of Nairobi. She has worked in social development research, in government and globally, on research on health, gender, and governance. Currently, she is researching community land rights among pastoralist’s communities in Kenya under the Rights and Resilience Project funded by DANIDA. Rahma holds a Master of Arts degree from University Nairobi (Institute for Development Studies) and a Bachelor of Arts degree (First Class Honours) from University of Nairobi, Department of Sociology and Social Work.

Leah Kenny is a Research Officer within the LSE Centre for Women, Peace and Security where she is part of the methodological innovations research stream of the UKRI GCRF Gender, Justice and Security Hub. Before joining LSE, Leah worked at the London School of Hygiene &amp; Tropical Medicine (LSHTM) where she managed the Nomadic Health Project. Leah has an MSc in Sexual and Reproductive Health Research (LSHTM), and a BSc in Human Sciences (UCL). 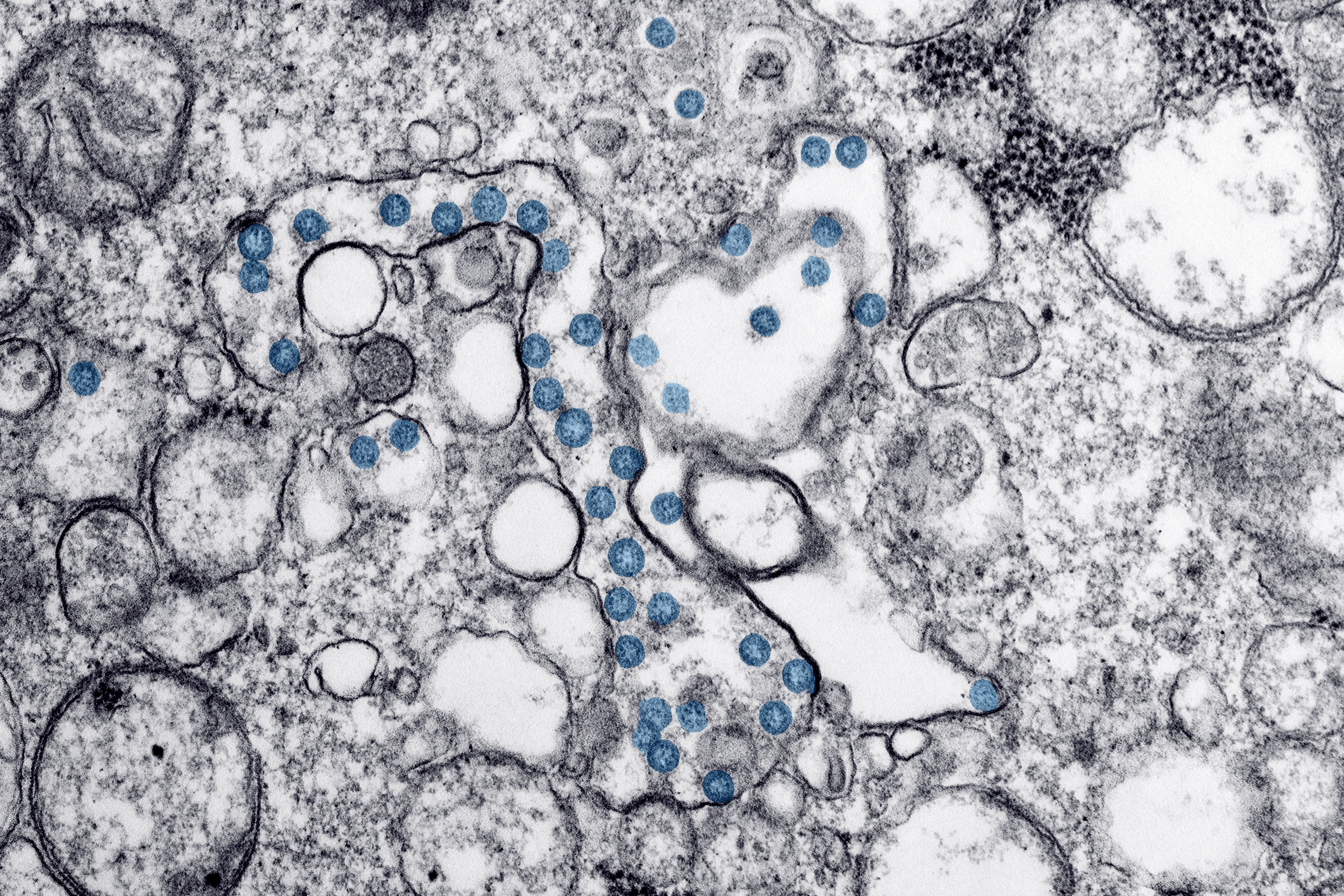 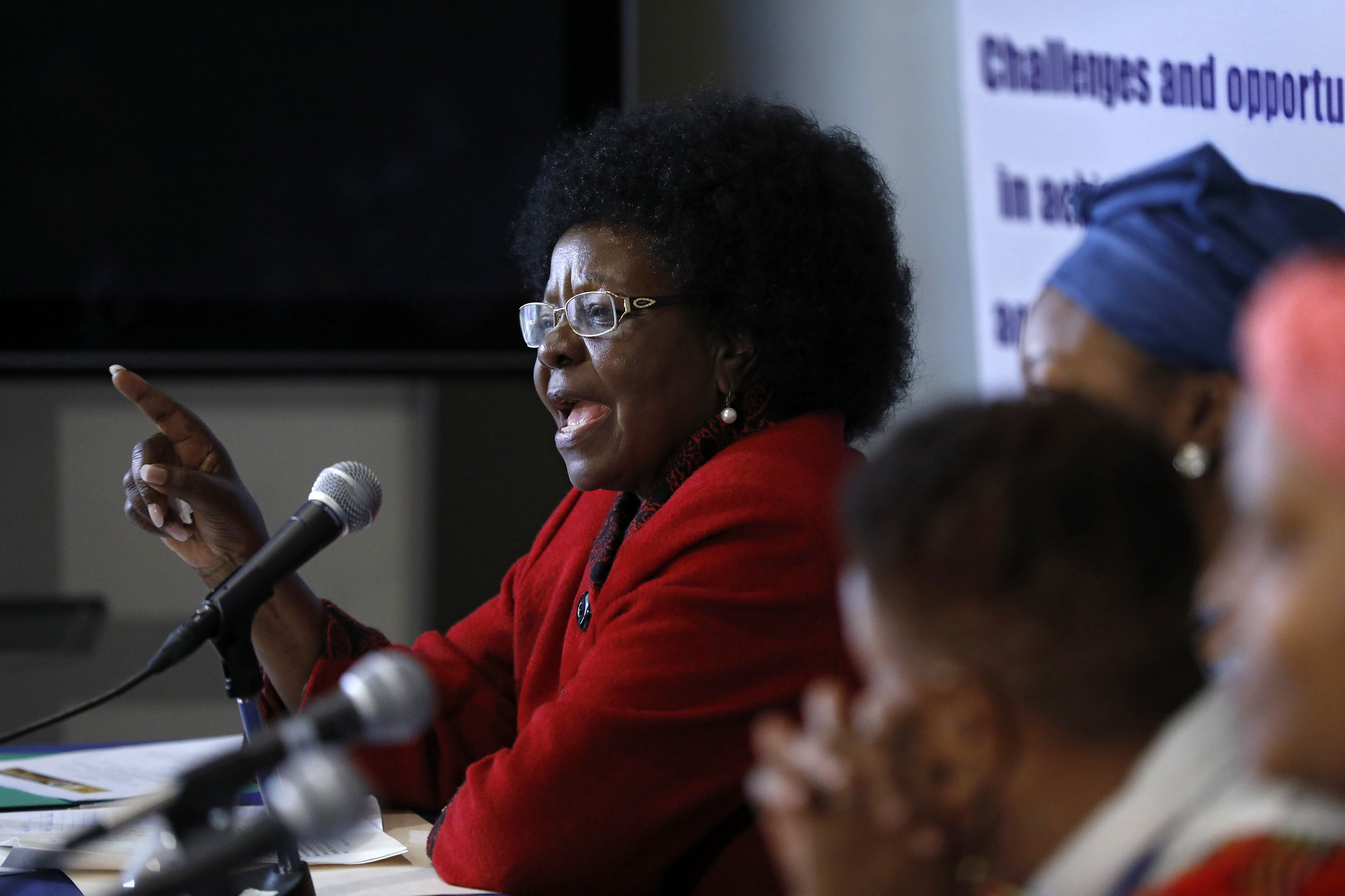 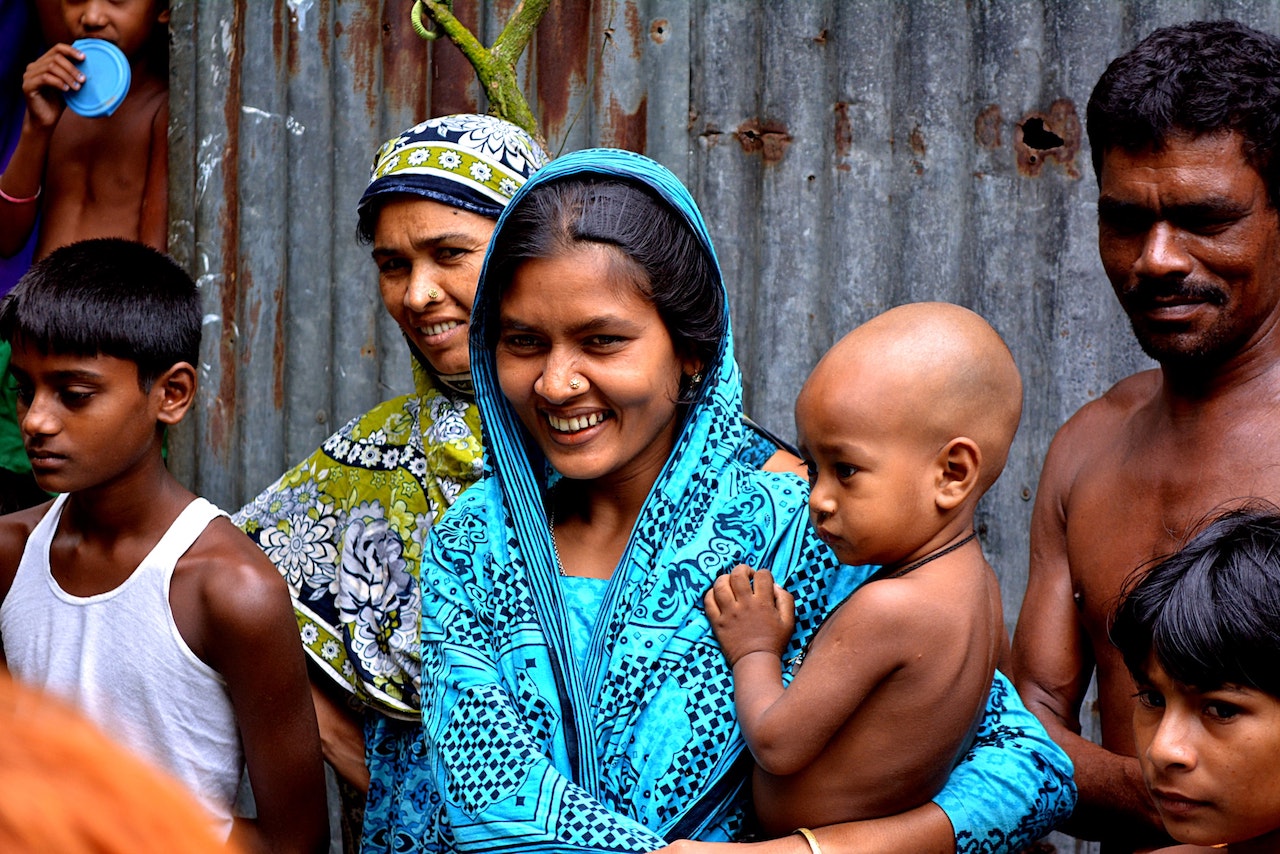 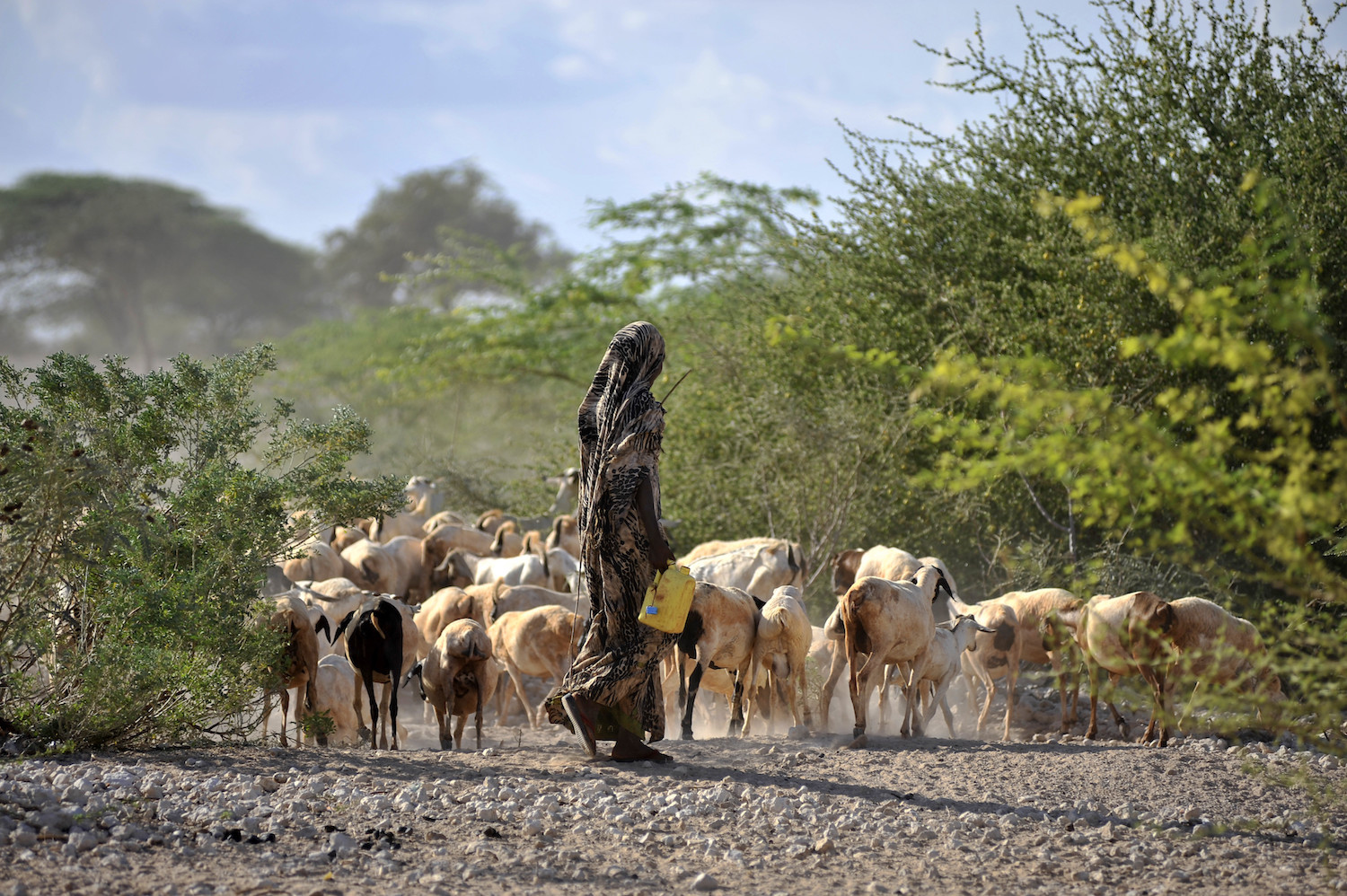