“Go in the morning, all that gold is blinding!”, your correspondent was advised by a United Nations (UN) colleague as he was gearing up to visit Shwedagon Pagoda, one of the holiest places in Yangon and in all of Myanmar. The following day was damp, so potential reflecting sun rays did not pose challenges to your correspondent’s quest to explore the temple (though he was annoyed having to walk with wet socks for the rest of the day; shoes are strictly prohibited in and around the pagoda). The site is, indeed, stunning, standing as a silent witness to the glorious past of this heterogeneous nation. The swathes of foreign tourists that visited the pagoda during that damp morning in early 2019 turned it into a symbol of the yet promising future that lied ahead for Myanmar.

In 2011, after decades of isolation and autarky, Myanmar undertook a journey of triple transitions: towards peace in the border areas; a move to democratic governance; and through the establishment of a nascent private sector/market-oriented economy. Trade openness and foreign investment turned Myanmar into the garments factory of Southeast Asia. On the back of this, people’s livelihoods and welfare improved, with poverty being halved to 24.8 % in 2017 (from nearly 50% in mid-2000s). All of this progress, however, came to a crushing halt on the 1st of February 2021, when the Burmese military staged a coup d’état, throwing the democratically elected government in jail and seizing the commanding heights of the economy.

UHC in Myanmar – objective and methodology of a recent study

Against this backdrop, in a recent paper published by Plos Medicine, Zlatko Nikoloski and colleagues take stock of the progress that Myanmar has made in achieving universal health coverage (UHC) by adapting a previously established UHC index. Moreover and in the spirit of the SDG Agenda 2030 of ‘leaving no one behind’, the study represents a primer for constructing a UHC index on a sub-national level that could be applied in other large, heterogeneous and federative countries;. Finally, applying the UHC index in the context of Myanmar could also provide a baseline for further analysis of the socio-economic impact of a regime change.

In order to assess Myanmar’s progress towards UHC, the authors adapted Wagstaff and Neelsen’s index, which captures both dimensions of UHC: service coverage (everyone, irrespective of ability-to-pay, getting the services they need) and financial protection (nobody suffering financial hardship as a result of receiving needed care). The set of indicators are similar to those used by Wagstaff and Neelsen and encompass: (i) a set of prevention and treatment indicators (i.e., four antenatal care visits, full immunisation, skilled birth assistance and healthcare sought for common childhood illnesses, inpatient healthcare use among the adult population); and (ii) an indicator capturing financial risk protection (i.e., catastrophic healthcare expenditure – CHE). The authors do not include cervical cancer screening and breast cancer screening, given the lack of sub-national data for these indicators.

In addition to the index, the authors also scratch beneath the surface, by analysing the main barriers to achieving greater progress in both access to essential healthcare services and protection from financial hardship when accessing healthcare. In doing so, when analysing access, the authors rely on the concentration index (CI) and decomposition of the CI; in analysing protection, the authors rely on a logit modelling analysis of CHE, while capturing both the demand associated correlates of CHE (e.g. poverty/socio-economic status, urban/rural residence, household size and household composition) as well as the supply associated correlates of CHE (e.g. availability of healthcare infrastructure, both at primary and secondary level). They base their analysis on two large, nationally and sub-nationally representative surveys in Myanmar: the Demographic and Health Survey (DHS) conducted in 2015 and Myanmar Living Conditions Survey (MLCS) conducted in 2017.

What do the authors find?

There are a few findings that stem from this analysis. The findings on the national UHC index analysis place Myanmar’s overall UHC index at 65.4, with significant heterogeneity across regions/states. The pattern of correlation between the UHC index and poverty headcount rate follows the pattern previously established in cross-country regression analyses which have demonstrated that regions which are well off also fare much better on the UHC index (see Figure 1 below). In addition, the UHC index is higher in states that, as mentioned in the introduction, have higher density of healthcare facilities (e.g., Yangon or Nay Piy Taw). Notably, the UHC index is higher in states/regions (e.g., Kayah), which could be due to healthcare being delivered through ethnic-based community organisations.

The authors also found a pro-rich inequity in access to both prevention and treatment with significant heterogeneity across states/regions. In that respect, Myanmar is comparable to various middle income countries where there is a consistent pro-rich inequity in access to healthcare, regardless of whether the healthcare is curative or preventative. In the context of the Middle East, for example, a study by Nikoloski et al (2021) found a pro-rich inequity in most maternal and child health interventions (e.g., four antenatal care visits, skilled assistance during delivery) across lower middle and upper middle income countries in the region.

Poverty and socio-economic status are the main contributors to unequal access to selected healthcare interventions. In the context of Myanmar, it has been documented that poor women in coastal and mountainous areas (e.g., Chin, Rakhine, and Shan) have lower access to healthcare services. Availability of healthcare services also contributes to inequity in access to selected healthcare interventions. The density of healthcare facilities is higher in urban areas (particularly secondary and tertiary care) with the result that women from rural and remote areas must either forgo care completely or seek care from expensive private healthcare facilities. This has been noted as a problem in Chin state and Ayeyarwaddy.

Finally, the analysis of CHE correlates suggests that the poor are more likely to be at a risk of suffering a financial catastrophe when using healthcare. More importantly, the findings suggest that the poor are not only less likely to use healthcare but also that, once they do, they are at a higher risk of experiencing financial catastrophe. Previous narratives from qualitative surveys suggest that a lack of healthcare insurance and a lower ability to pay are the main reasons for this strong nexus between poverty and CHE. Moreover, in the absence of the capacity to pay, households often delay the decision to seek healthcare, up to a point where the treatment becomes so expensive that it pushes households below the poverty line.

These study results suggest that a two-pronged approach may help Myanmar achieve UHC. First, government and state authorities should reduce the financial burden incurred when seeking healthcare. Some positive steps in this direction have already occurred with the introduction of the Maternal and Child Health Voucher Scheme in 2013. The scheme effectively extended insurance coverage to another vulnerable group (mothers and children) and further improved financial risk protection. Second, the development of comprehensive primary healthcare services must be coupled with significant investment in health infrastructure and the health workforce, particularly in poorer and more remote states. Myanmar currently spends 4.1% of its GDP on healthcare, of which, only 1% of GDP is public. As argued by the International Monetary Fund, Myanmar needs a total spending on healthcare (public and private) of around 9.6% of GDP if it is to realise the SDG health agenda by 2030. However, the empirical literature suggests that military coups (as the one staged in Myanmar on the 1st of February, 2021) are usually accompanied with significant increases in military expenditure which crowds out social spending. To what extent this has already occurred and will continue to do so is yet to be assessed.

Photo by Yves Alarie on Unsplash 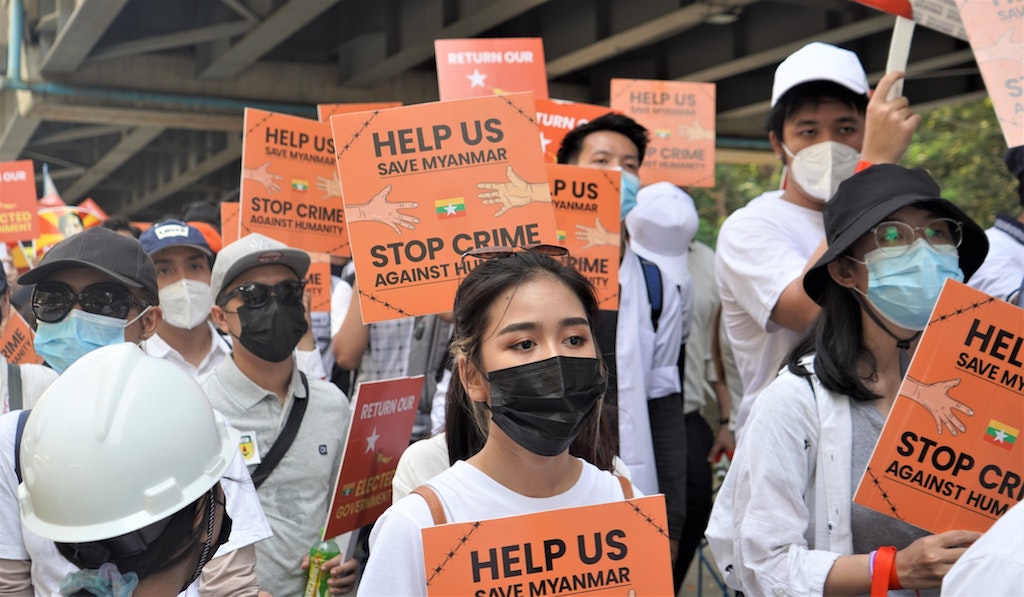 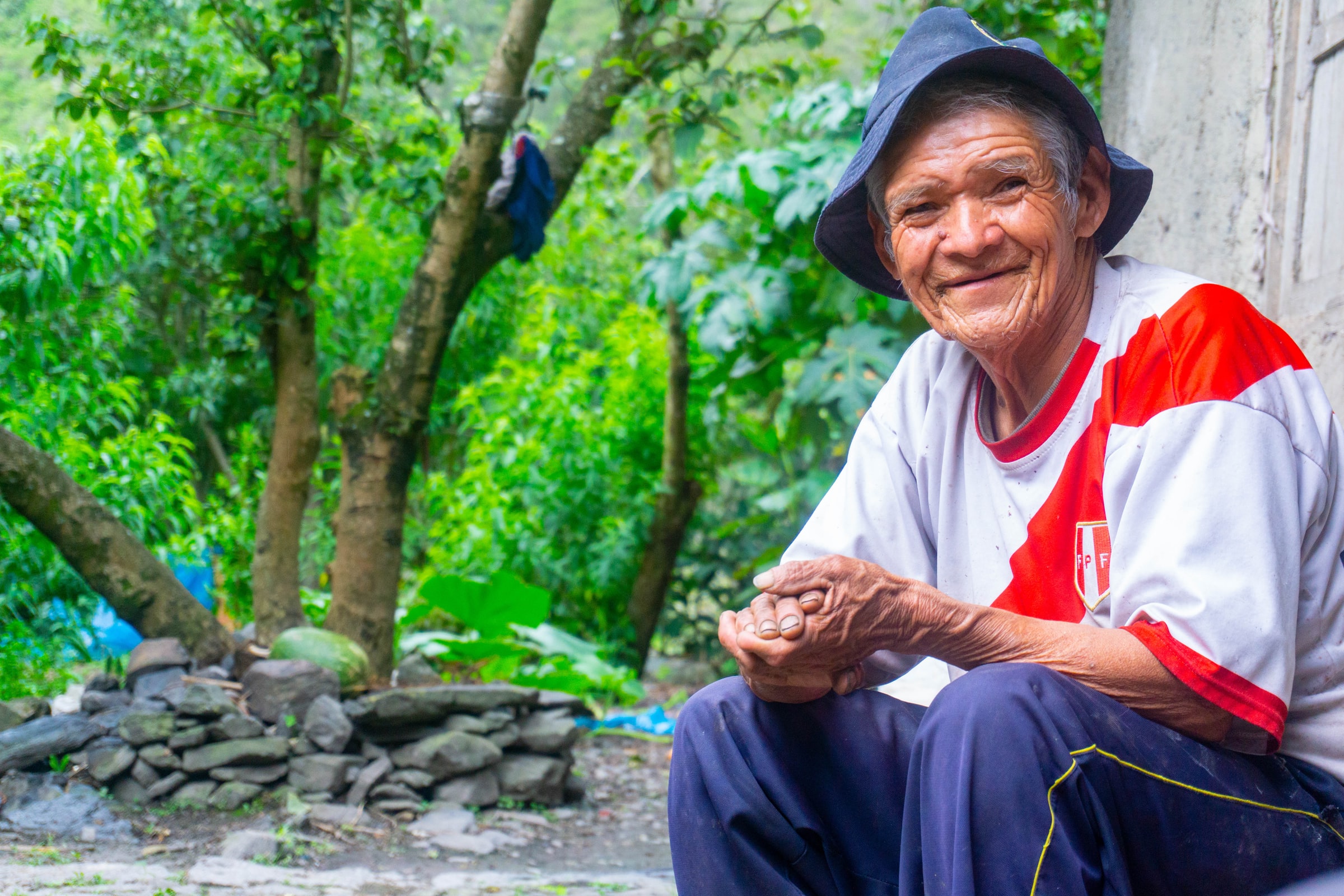