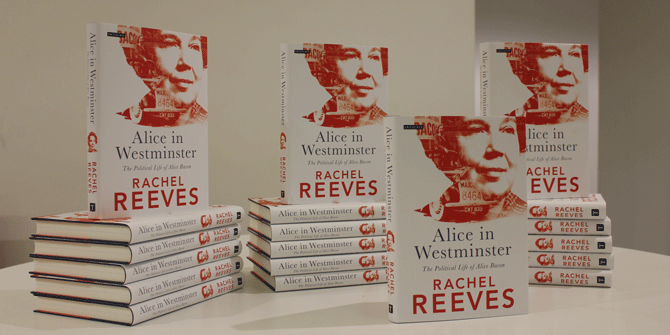 Nora Biette-Timmons reviews our 9 November 2017 event with Rachel Reeves who spoke about the political life of Alice Bacon, the first female MP for Leeds. Listen to the event podcast.

When Rachel Reeves was elected to Parliament for the first time in 2010, she was only the second woman ever to be elected from any of Yorkshire’s eight parliamentary constituencies. Reeves, who feels “strongly that every generation of women owes something to the women who have gone before them,” felt that she owed a particular debt to Alice Bacon. Alice was her only female predecessor, who was first elected as an MP in 1945, rose to Minister of State at the Home Office and later appointed to the Department of Education in the 1960s.

Bacon served a quarter century in the House of Commons during the tumultuous post-World War Two period, but as Professor David Soskice — whose father worked alongside Bacon when he was Home Secretary — said while introducing Reeves at LSE on Thursday 9 November, Bacon was all but “airbrushed out of the histories of the Labour party in that hugely formative period.”

So Reeves set about paying her debt to Bacon by putting her back into history and writing an account of Bacon’s contributions to the Labour party and the broader British polity. The biography, Alice in Westminster, was published last year, but the inter-generational gender solidarity it was borne out of feels particularly relevant right now, when each news cycle brings new allegations against powerful male politicians, reinforcing the fact that, despite having a woman in the highest elected office in the U.K., the political realm remains, in many ways, unwelcoming to women.

Bacon was elected to Parliament in the Labour Party landslide election win of 1945, which also swept in the first substantial wave of women MPs into office. Their numbers grew from eight to 24, 21 of which were Labour members.

Of her gender cohort, Bacon said, “It would be a mistake to regard us as women MPs, we are here to do all the work that a man does — and little bit more.” Otherwise, Bacon’s gender seemed to have little impact upon her political life. The women’s groups in her constituency that Reeves interviewed don’t remember Bacon talking about legalising abortion, the primary women’s issue of the day; rather, they remember her support for broader social issues like comprehensive secondary education, upon which she exerted “relentless pressure,” Reeves says.

In Westminster, Bacon was in the upper echelons of Labour government as it pushed through some of the most substantial social reforms of the twentieth century, but she was known for her practicality. In the heat of political upheaval in the 1960s, as the party drafted legislation on emotional issues like abortion, homosexuality, and capital punishment, Bacon was the person party leaders turned to in order to “lower the temperature” of the conversation.

Bacon was never an ideologue, even once she ascended to the top tiers of the government. As Shirley Williams, the Liberal Democrat politician, told Reeves, Bacon was an administrator. Williams meant this as criticism, but Reeves seemed to take it the other way, saying that parties need workhorses like Bacon to sit night after night sorting out the logistical details and political nuances of the groundbreaking legislation championed by her colleagues.

Though Bacon was a singular — if quiet — force in her own right, her story is in many ways representative of the lives of other women MPs in the middle of the century and the sacrifices they made for their careers. According to Reeves, of the four women elected in 1945 who later became ministers (including Bacon), only two married, and none had children.

“These were the sacrifices women of that generation had to make,” Reeves said. “There’s very little in the book about Alice’s personal life, because the Labour party was her personal life. Pretty much everybody I interviewed said Alice was as good as married to the Labour party.”

Today, women comprise roughly a third of MPs in Parliament, and 45% of Labour MPs are women — a statistic Reeves mentioned so frequently, she seemed to consider it both celebratory and exculpatory.

Reeves says she hasn’t felt the need to compromise on her family and her career, “because women earlier made those sacrifices” — but sexism remains a fact of political life, both in and outside of Westminster. Reeves shared with the LSE audience a story of one Daily Mail commentator who suggested during the 2015 general election campaign, when Reeves was shadow secretary for work and pensions that if Labour won, then-party leader Ed Miliband “shouldn’t appoint me because my brain couldn’t handle being in Cabinet and having a young baby,” Reeves said. “No one said that about Blair or Cameron and they had children while in Number 10.” 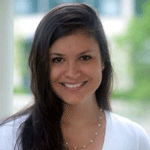 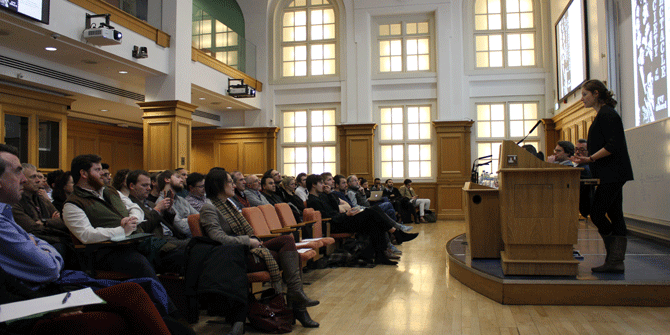 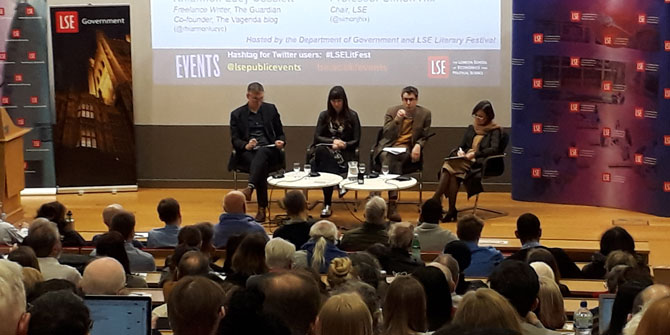