The extent of the crisis the Greek economy has been experiencing has raised questions about the fundamental factors that led to the massive recession and the sovereign bankruptcy. The role of debt, both public and private, has been discussed extensively as a key factor which has intensified the problems the Greek economy is facing. Additionally, accumulated deficits of the current account (manly trade deficits) were also pivotal, reflecting the anaemic capabilities of the Greek economy to export traded goods. The latter is mainly due to the underdeveloped manufacturing sector.

The International Investment Position (IIP) of Greece is a statistical measure of the developments of the Greek economy relative to the rest-of-the-world, which allows us to look at the realism of our optimism. IIP summarizes the assets and liabilities of all Greek residents vis-à-vis the rest of the world at a given point in time (these assets and liabilities usually being decomposed in to direct investment, portfolio investment, international reserves and others). The difference between assets and liabilities defines the Net Investment Position (NIP) which, when positive characterises a country as a net creditor, while when negative characterises a country as a net debtor vis-à-vis the rest of the world. The Net Investment Position is affected partly by financial transactions (financial flows) being recorded by the Financial Account, but it also reflects changes in the market prices, as these market prices are used for the valuation of financial instruments, which subsequently determine the gross positions of assets and liabilities. Moreover, the sum of NIP and the value of non-financial assets of a country (e.g. physical capital) constitute the “net value” of that country.

The figure below displays the NIP of three countries that have participated in economic adjustment programmes and two “representative” northern European ones. The general picture that emerges for the last decade is an upward NIP trend for the northern countries (mainly Germany and the Netherlands, see top panel of the figure) and a downward trend for the southern countries (see lower panel of the figure). Note that Greece is characterised by a significant downward trend and a negative NIP. The trend starts in 2004 (both when measured in levels and as % of GDP) and is stronger than the one we observe for Ireland or Portugal. One optimistic aspect is that this downward trend seems to level off from 2009 onwards. One could attribute this reversal to the bond exchange programme (PSI), which took place in 2012. The fact that this trend reversal seems to have taken place much earlier, indicates that there are other structural factors present, which drive it. The true challenge is for this reversal to keep its momentum, and become stronger eventually. Improvements in the NIP correspond to reductions (measured in market prices) of the Greek liabilities to the rest of the world. 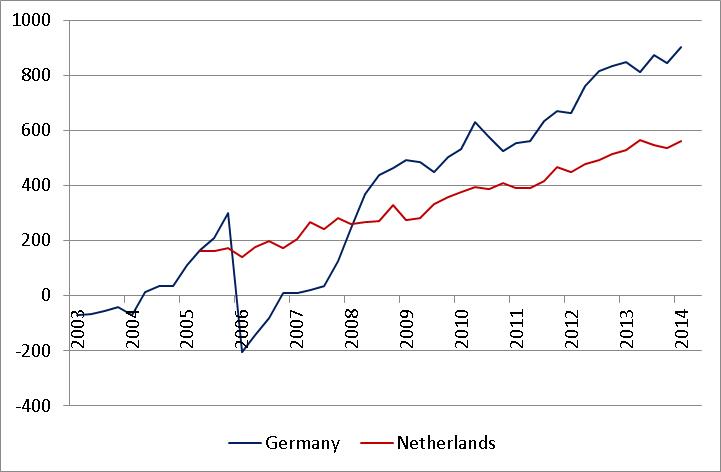 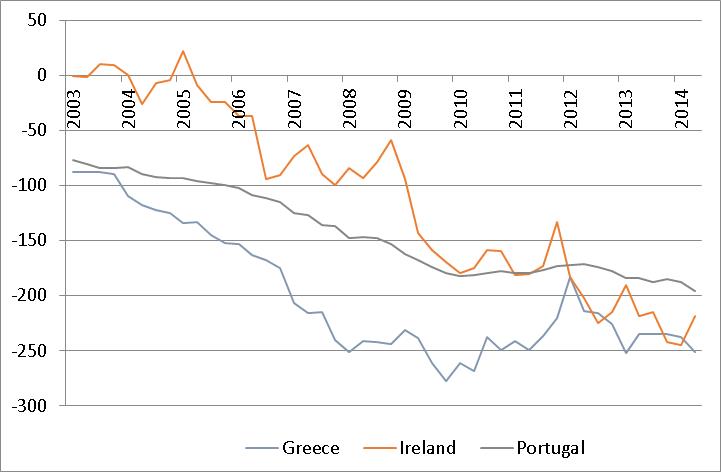 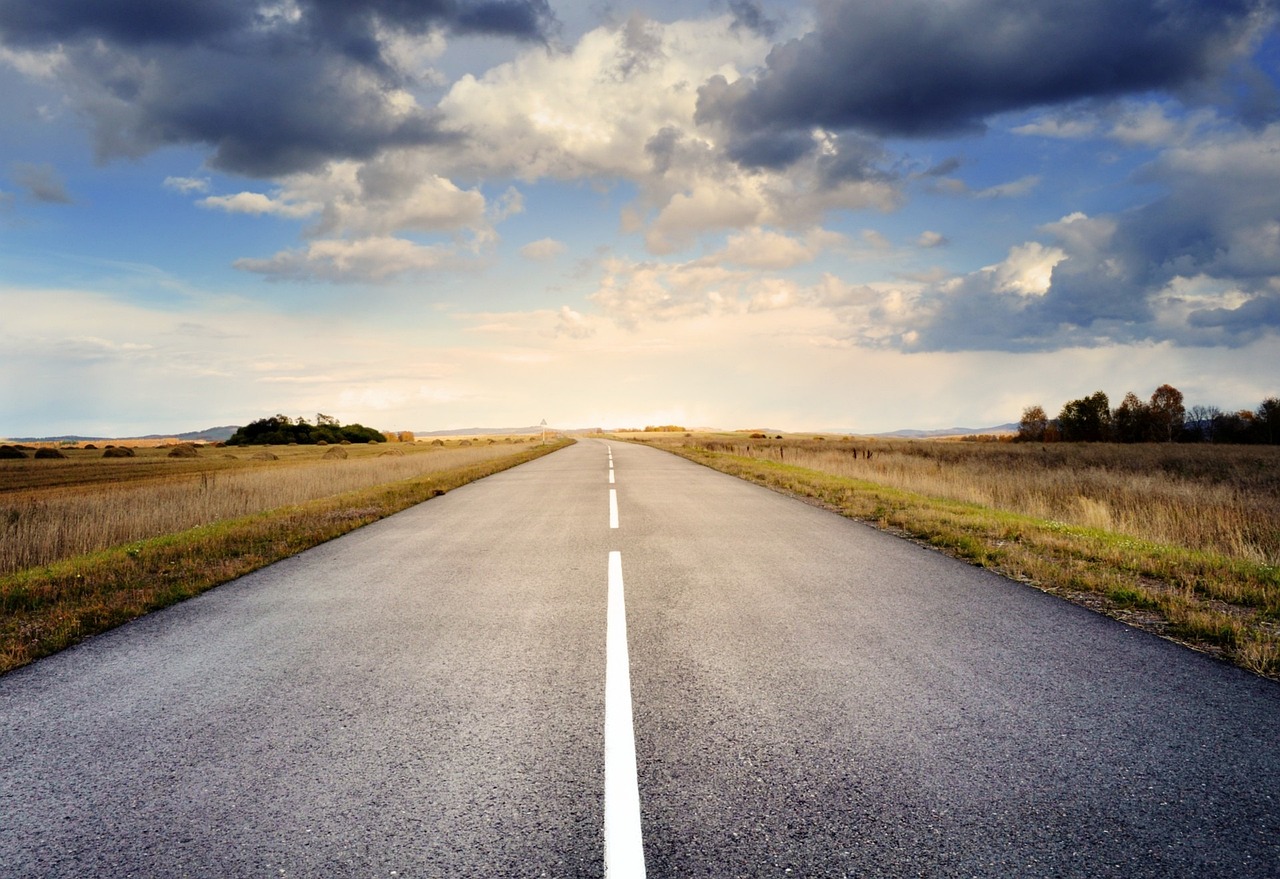 Crisis, reform and the way forward in Greece

Bad Behavior has blocked 75 access attempts in the last 7 days.