Natalie Threlfall is a Human Rights Associate at the British Institute of Human Rights. Her research is focused on key developments in human rights law. 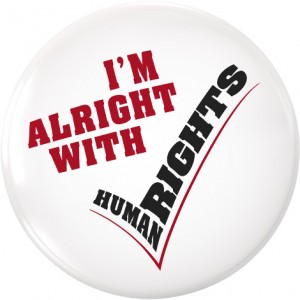 If you’ve ever thought that human rights protections are more about good intentions than practical benefit, consider the following two stories.

In 2008, a 19-year-old man with epilepsy and autism jumped into a swimming pool fully clothed. He was restrained by five police officers using handcuffs and leg restraints and was bundled into a police van. The man relied on the UK’s Human Rights Act 1998 (HRA) to challenge this treatment, and the Court found that the police had breached his right to liberty and his right not to be treated in an inhuman and degrading way.

The HRA is also important in everyday situations that never go near the courtrooms. For example, Jenny*, a voluntary patient in hospital, was told she couldn’t leave the ward, as she was “not well enough”. Jenny’s advocate argued that not allowing her to leave voluntarily breached her right to liberty protected in Article 5 of the HRA. After discussions with the Ward Manager, Jenny was allowed to leave the ward – initially accompanied, then unaccompanied – and was perfectly safe.

These are just two stories. There are countless others, which you can read here. These stories show how important the HRA is in everyday situations that don’t reach the courtroom and these situations lie at the heart of the work carried out by the British Institute of Human Rights (BIHR). The HRA helps to shape our experiences with those who hold power, and it provides the rule book for our democracy. However, this important role is rarely mentioned and public commentary tends to be dominated by misreported untruths about human rights. As the 2015 General Election approaches, this negative commentary will unfortunately fuel and reinforce the loud voices calling to scrap the HRA.

Given the recent climate of confusion about the HRA, it is worth noting how it can help real people achieve real outcomes. Firstly, the HRA puts a legal duty on all public authorities – including central and local government, the police, social services, NHS organisations, and state schools – to respect and protect human rights in their decisions and actions. Secondly, the HRA enables those who think officials have failed in this duty to seek a judicial remedy. Thirdly, the HRA requires all other laws and policies to be developed or applied in ways that take account of our human rights.

So, even if you think human rights laws will never have an impact in your life, they most likely already have.

This month, in an attempt to restore some balance to the debate surrounding human rights, the British Institute for Human Rights has launched a new campaign: March for Human Rights. Through the campaign, BIHR is asking people to tell us why they’re “Alright With Human Rights”. There has been a great response, with a wide range of people sharing their reasons for being Alright With Human Rights. One supporter, Rob, tweeted “#ImAlrightWithHumanRights as they are blind to class, wealth, gender, orientation, race and religion and help us safeguard life and liberty.” Chloe wrote: “#ImAlrightWithHumanRights because when protected, respected and fulfilled, they create an environment which enables human flourishing.”

To accompany this social media campaign, BIHR is also running a series of events called “Human Rights Beneath the Headlines”. At these events, we scrutinise recent news stories on human rights and check the facts to see if the whole story has been reported. Audience members can submit questions in advance about headlines or stories they’ve read, and can participate in discussions on the night.

Through our March for Human Rights campaign, we are providing a much needed space for people who are alright with human rights to speak up and join together and to find out more about human rights. Human rights can and should be a powerful source of unity – not of division.

The next “Human Rights Beneath the Headlines” event in London is due to take place on 29 April 2015. If you’d like to participate, book your free place here.

You can join the BIHR campaign by downloading this flier, and posting why #ImAlrightWithHumanRights on social media.