Hugo Chow is a current MSc Human Rights student at LSE. He completed his undergraduate study at Chinese University of Hong Kong, with a major in Government & Public Administration and a minor in German. He is currently working as a part-time Research Intern for the Business and Human Rights Resource Centre.

Since the arrival of American service officers during the Vietnam War, sex tourism has prospered in Thailand. Today, Thailand has become one of the most popular destinations for people, mostly men, seeking sexual services. It is also a site of sexual exploitation of children. In 2007 the Thai Government, university researchers, and NGOs estimated that there were as many as 60,000 prostitutes in the country under the age of 18. This was a rough approximation and no further figure was released after 2007. These significant numbers remain to be considered an underestimation due to the hidden nature of the crime.

The Protocol to Prevent, Suppress and Punish Trafficking in Persons, Especially Women and Children, which supplements the United Nations Convention against Transnational Organized Crime adopted by the General Assembly in 2004, defines “trafficking in persons” as:

The recruitment, transportation, transfer, harbouring or receipt of persons, by means of the threat or use of force or other forms of coercion, of abduction, of fraud, of deception, of the abuse of power or of a position of vulnerability or of the giving or receiving of payments or benefits to achieve the consent of a person having control over another person, for the purpose of exploitation.

One form of exploitation made possible by trafficking in persons is sexual exploitation. As noted above, there are currently no definitive figures on the number of children trafficked in Thailand both internationally and internally, however evidence suggests that human trafficking is a large source of child and adult prostitutes in the country.

In a 2007 interview with the BBC, a human trafficker in Thailand, who herself was trafficked as a child, described how she would “collect” and traffick underage boys domestically. She stated that she targeted boys between the ages of 11 to 13 and locked them up in the bar where she worked. If no desirable targets around Bangkok were found she would hire a van and drive to remote villages to “collect” boys. “He has got a much better life with me than he ever had at home or on the street,” she said, as she told the interviewer about the story of a Cambodian boy she trafficked to Bangkok.

Disturbing as it may be, her rationale is not uncommon. Poverty is an enormous issue in Thailand, as it is in other South-East Asian countries, and can drive children to enter the sex industry. As Patricia D. Levan has observed, young girls in rural villages are forced to seek opportunities in major cities like Bangkok and Chiang Mai as there are simply no prospects in their localities. These girls, poorly educated and unskilled, often end up taking lower-paid jobs which prove to be insufficient for supporting both themselves and their families. Prostitution then becomes the most viable option to earn an income. As revealed in a 2014 National Geographic documentary, these girls are often financially controlled, forced to live in filthy conditions and, in many instances, brutalised by their pimps.

Thailand has in place a comprehensive anti-trafficking law, which came into effect in 2008. The lack of capacity within the Thai Government and its police to enforce this law, however, is believed to one of the main obstacles in ending child prostitution in Thailand. For instance, the 2011 US Department of State Trafficking in Persons report for Thailand highlighted local police corruption, including direct involvement in the facilitation of human trafficking, as a key issue hindering the anti-trafficking effort. The report also critiqued the lack of a comprehensive monitoring system, the absence of a human rights-based approach to labour abuse cases and “systematic disincentives for trafficking victims”. These structural deficits protect human traffickers from accountability and provide cover for transnational crimes.

Another equally important issue to address in discussing trafficking in Thailand is the problem of normalised demand. Travel agents in Asia, Europe, and the United States have been shown to openly promote sex tour packages to Thailand, usually to groups of men, with slogans ranging from suggestive to exploitative. This in turn provides custom to Thailand’s “billion dollar” sex industry, which as I have noted is directly dependent on tens of thousands of trafficked women and children.

As with other South-East Asian countries, problems of child prostitution and sex trafficking in Thailand are highly intertwined. While regulating travel agencies and enforcing laws against the trafficking of children should be prioritised, the Thai Government must also address and acknowledge endemic poverty, which is arguably the fundamental issue that fuels the rampant trafficking of children. With the country’s political saga having halted, now may be the best chance for the Government to focus on this burning issue, and take urgent action to protect the most vulnerable people within its borders. 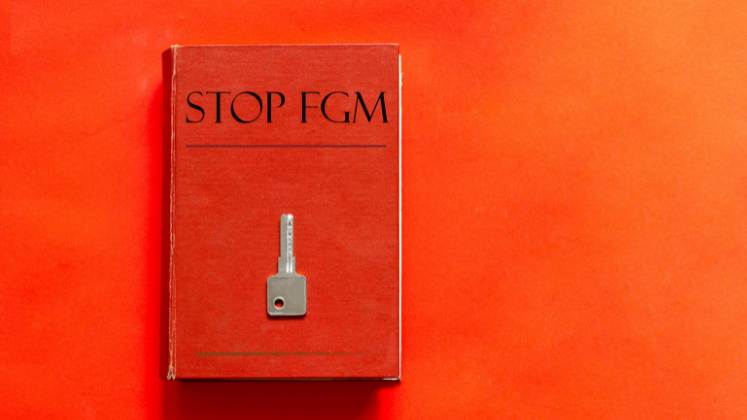 Female Genital Mutilation/Cutting in India: An Urgent Need for Intervention