Over the past few months, we have heard Republican Presidential nominee, Donald Trump, make numerous promises to the American people. As part of his platform, Mr. Trump vowed to: (1) ban refugees from our shores; (2) simplify our tax code; and (3) construct a wall along the United States-Mexican border–which would be funded by the Mexicans–because “a nation without borders is not a nation, a nation without laws is not a nation.”

Although Mr. Trump is very vociferous about his plans, one must inquire their feasibility. For these reasons, I will explore the constitutional constraints to Mr. Trump’s policy proposals, particularly the way that the federal and state powers will limit his ability to implement his ideas. The United States political system operates on a system of checks and balances in all walks of life.

The Tenth Amendment states, “The powers not delegated to the United States by the Constitution, nor prohibited by it to the states, are reserved to the states respectively, or to the people” (U.S. Constitution). That means that, if the Constitution does not explicitly give Congress powers, then it falls into states’ hands. Unfortunately, the Founding Fathers lacked the power of foresight, and intentionally limited congressional powers to avoid government vituperation.

Over time, the descendants began to realize that the Constitution was plagued by cognitive dissonance: the Tenth Amendment granted the states any power that was not explicitly given to the Congress; however, the bureaucratic limitations inhibited Congress from fully performing their duties. The Constitutional confusion was discussed in the 1819 Supreme Court case McCullough v. Maryland, which centered on states’ ability to operate their own banks. The Court’s decision in McCullough produced the concept of “implied powers,” which referred to powers that were not explicitly stated in the Constitution but were needed to perform other duties. After McCullough, Congressional power began to expand vis-a-vis the “Necessary and Proper Clause,” but states still sought to protect their powers and only ceded to the federal government in necessary instances.

Although it was not explicitly stated in the Constitution, immigration has been federally regulated since 1952, which would put it under Mr. Trump’s purview (if he is elected). That said, although the states could complain that Mr. Trump’s “Great Wall of Mexico” is inconvenient, they cannot exert further control in the immigration debate.

In that case, Mr. Trump could easily commission the wall from the American side, but he would need state governments to oversee the construction in their respective areas. Although the state cooperation caveat could be seen as a logistical concern, many Southern states (including Arizona, Texas, and New Mexico) tend to lean towards the Republicans, which increases the likelihood that they will both support Mr. Trump in both the election and the implementation of policy proposals. California, on the other hand, tends to be more liberal so their cooperation in the large-scale wall project is questionable. Californian recalcitrance may add an additional complication for Mr. Trump, as numerous Mexican drug cartels have been found in California warehouses.[1]

In that case, he could commission the wall, but may have a hard time getting it done in California. Mr. Trump, however, can force compliance by threatening to withhold state funding in the style of Lyndon B. Johnson, but this could cost him in his re-election campaign.[2]

On numerous occasions, Donald Trump has made it clear that he plans to deport 11 million undocumented immigrants, but, unfortunately for him, the Constitution inhibits his ability to implement his plan.

As previously mentioned, the Tenth Amendment bifurcates federal and state power, and, while immigration is a federal issue, the states would have to consent and actively work towards deporting all of the “illegals” within their territories. The massive deportation movement would be a logistical nightmare because it would require perfect coordination.

If Mr. Trump wanted to deport all of the illegal immigrants, he would require the states’ assistance in actively identifying them. The fact that the “illegal immigrants” are, in fact, undocumented and therefore not on state records would complicate the identification process. He could, perhaps, advocate for all states to adopt the stop-and-identify approach that was made famous by Sheriff Joe Arpatio, but that would lead to large-scale racial profiling and the deprivation of dignity for members of a certain population.

In addition to coordination, Mr. Trump’s efforts would be enervated by states’ potential unwillingness to cooperate in the mass identification and deportation movement. Although immigration would be under his purview, state recalcitrance would enervate his entire plan, and, due to constitutional constraints, Mr. Trump would not be able to enter each state and personally facilitate the deportation process.

Recognizing the constitutional constraints, Mr. Trump’s big plans can only exist as offensive words meant to exacerbate the ostensible racial tensions, and deprive particular groups of their human rights to dignity. The racial profiling that is the basis of Mr. Trump’s dreams of building a wall and deporting all illegal immigrants is simply atrocious, but there is comfort and solace in the idea that our institutional structures actively limit the full implementation of these xenophobic and poorly constructed initiatives that seek to “make America great again” by antediluvian standards of human rights.

[1] In 2011, U.S. Senator Dianne Feinstein led a meeting with the Senate Judiciary Subcommittee on Immigration and The National Interest to discuss immigration. During this meeting, Senator Feinstein showed the elaborate tunnels that the cartels used to come into the United States.

[2] If he does have a hard time in California, he can punish their state in other ways, like decreasing federal funding, to get the job done. In fact, tons of Presidents have threatened to withhold federal funding in the face of state recalcitrance, most notably Lyndon Johnson threatened to withhold federal funding for states that refused to comply with Brown v. Board of Education so, considering the interdependence between each branch of government and the relationship between federal and state government, there are ways to get around this.

*Rory Mondshein received her B.A. in Political Studies and Social Policy from Bard College in 2014. Currently, Rory is the founder of Make It Appn, and serves as the Chief Community Officer of the Political Student. She is pursuing her MSc in Human Rights at the London School of Economics. 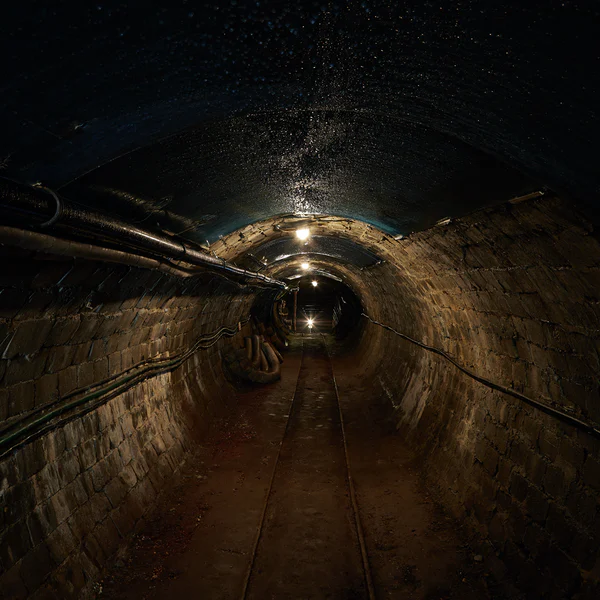