By By Richa Sharma and Raghav Trehan*

“And virtually none of the children knew that mercury is toxic,” -Juliane Kippenberg [1] 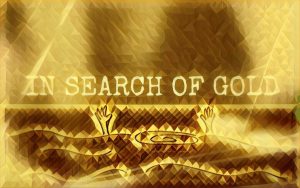 Mercury is a silver coloured liquid metal which is found in a mercury sulfide mineral called Cinnabar [2]. Mercury is used in gold mining, dental amalgams, thermometers, fluorescent lights and a lot of other fields. This article will be focusing on how child labourers are being affected by the usage of mercury in gold mining and how mercury poisoning can be prevented by using other methods of extraction.

Extraction of Gold – The Process

“Mercury attacks the central nervous system. It can cause lifelong disability, including brain damage, and even death.” – Carlos Conde [3]

Mercury is mixed with the gold ore in order to isolate gold from it. This results in a mercury-gold amalgam which is further heated to obtain gold. Evaporation of mercury gas which occurs during the process is extremely poisonous.

“Thousands of children in the Philippines risk their lives every day mining gold. Children work in unstable 25-meter-deep pits that could collapse at any moment. They mine gold underwater, along the shore, or in rivers, with oxygen tubes in their mouths. They also process gold with mercury, a toxic metal, risking irreversible health damage from mercury poisoning.” – Juliane Kippenberg [5]

According to the Minamata Convention [4], usage of mercury is supposed to be eliminated. Simply having strict laws on paper is not sufficient for putting an end to this situation. These laws need to be enforced. Poor families and children from various parts of the world are still involved with gold mining, as this is their only source of income. Taking risky dives in search of gold, is not what children as young as 9 years old are meant to be doing.

Let’s have a look at some of the child labour laws in Philippines [6]:

As we can see, none of these laws have been enforced. It’s not only about Philippines, various other countries seem to be in the same situation.

Solutions to the problem

Instead of using mercury in order to obtain gold, there are a number of other methods that yield the same results. These methods are less hazardous as they do not involve gold-mercury amalgam. A list of mercury free methods have been listed on EPA’s website [7] – gravity concentration methods such as panning, sluicing, shaking tables and other concentration methods such as using magnets and flotation.

A new study by researchers from Flinders University in South Australia reveals that limonene combined with non-toxic industrial waste can clear up mercury contaminated areas effectively. A polymer is created when these two elements are combined.

“More than 70 million tons of sulfur is produced each year by the petroleum industry, so there are literally mountains of it lying, unused, around the globe, while more than 70 thousand tons of limonene is produced each year by the citrus industry (limonene is found mainly in orange peels) So not only is this new polymer good for solving the problem of mercury pollution, but it also has the added environmental bonus of putting this waste material to good use while converting them into a form that is much easier to store so that once the material is ‘full’ it can easily be removed and replaced.” – Justin Chalker [8]

Summary of recommendations made by the Human Rights Watch report

These recommendations have been made for the Philippines Government, UN agencies and donors, international gold traders and refiners [9]:

*Richa Sharma and Raghav Trehan are 4th-year students, pursuing their B.A. LL.B. (Hons.) at Fairfield Institute of Management and Technology, GGSIPU, New Delhi. They are keenly interested in human rights and environmental law. Currently, they are actively volunteering for Greenpeace India’s Solar Campaign.