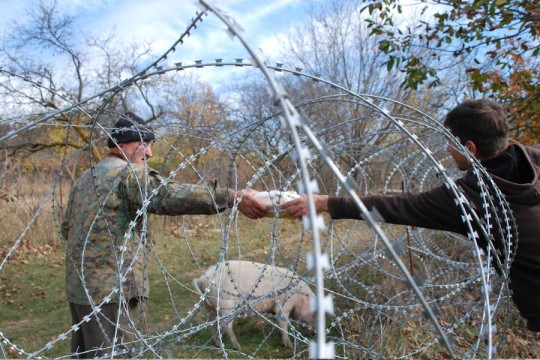 The past decade’s events in Georgia and then in Ukraine have exposed Russia’s attitude towards independent post-Soviet states. Unfortunately, the western response to Russian aggression in Georgia in 2008 failed to prevent a repeat of the same scenario in Ukraine six years later. In fact, the conflict between Russia and Georgia named as ‘Europe’s forgotten war’ (Harris, 2018) by media was effectively the dress rehearsal for the annexation of Ukraine’s Crimea Peninsula in 2014 (Pasha-Robinson, 2017).

The Russia-Georgian conflict over the regions of Abkhazia and South Ossetia goes back to 1990s, the period of the dissolution of the USSR. At the time, the Russian side actively backed the separatists but still formally recognized the two regions as integral parts of Georgia. In summer of 2008, shortly after the Bucharest summit where Georgia was promised NATO membership (NATO, 2008), the relations between Georgia and Russia became especially tense and resulted in a 5-day war, known as the ‘August war’. The military operations were terminated following the ceasefire agreement initiated by the French President, Nicolas Sarkozy, then holding the rotating European Union presidency.  Following the conflict, reportedly 30, 000 persons faced long-term displacement (UNHCR, July 2009, p. 5)

Ignoring the norms set out by International Humanitarian and Human Rights Law and the provisions of the six-point ceasefire agreement (UN Department of Political Affairs, 2014, p. 142), the Russian side occupied the South Ossetian territory, and recognised the independence of South Ossetia together with another breakaway region of Georgia – Abkhazia. The international community overwhelmingly recognizes the two territories as part of Georgia.

“The Borderisation” of occupied territories

The Russian Federation has used diverse military, political and informational tactics to further their goals in these unsettled conflicts. One of the newest methods used in Georgia is the so-called ‘borderisation’ (Kakachia, 2018) of occupied territories. ‘Creeping occupation’ (IDFI, 2015) became the unstoppable everyday reality, as Georgia with its limited resources is unable to respond to the daily annexation of its territory without aggravating the situation.  The process involved the violation of the human rights of the local population. As Amnesty International in its latest report states ‘Russian forces and de facto authorities in the breakaway regions of Abkhazia and South Ossetia continued to restrict movement across the de facto border, briefly detaining and fining dozens of people for “illegal” border crossing. The increased fencing along the administrative boundary lines continued to adversely affect the rights of local residents, including the rights to work, food and an adequate standard of living, owing to the loss of access to their orchards, pasture and farm land’ (Amnesty International, pp. 172-173). Alongside the arbitrary seizure of properties and kidnapping, the process is accompanied by grave violations include physical assaults and in few cases of killings.

The ‘demarcation’ process is mainly proceeded with the use of metal-wire fences. According to Georgian allegations, in a number of cases Russia illegally changed the occupation line further into Georgian territory. In July, 2017, they took 10 hectares near the village Bershueti, located in the heart of the country (Agenda.ge, 2017). While the attempts by the Georgian authorities to put this issue on the international agenda and call for action only succeeded in eliciting ineffective declaration of concerns by western partners, the suffering of the local population facing constant insecurity continues to be very problematic.

Human Rights abuses at the borders

Since the initiation of the demarcation process, there have been dozens of cases when Russian border forces detained the local citizens. Last year, the officers detained a high number of local Georgians near the so-called border. Sometimes the victims of arbitrary detentions are minors.  On the 30th of June 2018, the occupying side has detained a 16-year-old boy who was shepherding the cattle in the Village Chvrinisi. There was a similar incident in August when an old man in the search of firewood, was caught as well (Rustavi2, 2018). The official reason in both cases was illegal crossing of the ‘border’.

According to the report of State Security Service of Georgia, in 2017 the number of citizens illegally detained by Russia-controlled border guards at the South Ossetian occupation line was 126 (Agenda.ge (1), 2018).

With the ‘borderisation’ process, large pieces of lands in the ownership of Georgian peasants are taken one after another.  In 2016, the occupying force gave the Chilindrishvili family just five hours to harvest the barley. The permission on that action was obtained with the use of a hotline supported by the EU monitoring mission (EUMM – European Union Monitoring Mission in Georgia, 2016). Russian controlled border officers strictly supervised the harvest process and installed fences afterwards, enclosing the whole cornfield.

However, one of the most discussed cases in Georgia, which led to a period of national mourning, is the murder of Georgian former military officer Archil Tatunashvili.  35-year-old Georgian Tatunashvili died in custody, in occupied South Ossetia on February 23, 2018. His body was returned to his family for burial just a month later. An autopsy revealed that the corpse was missing several internal organs (Agenda.ge, 2018), which made it difficult to clarify the exact reason of death. However, expert judgement shows Tatunashvili sustained over 100 injuries (The Prosecutor’s Office of Georgia, 2018) indicating that he was tortured before his death. Tatunashvili’s case is part of a new inter-state application being lodged by Georgia against Russia before the European Court of Human Rights (ECHR, 2018). While the international community continues to ‘firmly support the sovereignty and territorial integrity of Georgia within its internationally recognised borders’ (Kocijancic, 2018), the above mentioned cases reveal the necessity for the immediate creation of effective international mechanisms.

Amnesty International, Civilians in the aftermath of war; The Georgia-Russia conflict one year on, 2009

Human Rights Watch. (2009). Up in Flames, Humanitarian Law Violations and Civilian VIctims in the Conflict over South Ossetia. Retrieved from https://www.hrw.org/sites/default/files/reports/georgia0109web.pdf

Kakachia, K. (2018, April). How the West Should Respond to Russia’s “Borderization” in Georgia. Retrieved from http:/www.ponarseurasia.org/sites/default/files/policy-memos-pdf/Pepm523_Kakachia_April2018.pdf

Kocijancic, M. (2018, April 4). Statement by the Spokesperson on the ”A Step to a Better Future” Peace Initiative by the Georgian Government. Retrieved from https://eeas.europa.eu/headquarters/headquarters-homepage_en/42446/Statement%20by%20the%20Spokesperson%20on%20the%20”A20Step%20to%20a%20Better%20Future%22%20Peace%20Initiative%20by%20the%20Georgian%20Government

NATO. (2008, April 3). Bucharest Summit Declaration issued by the Heads of State and Government participating in the meeting of the North Atlantic Council in Bucharest on 3 April 2008. Retrieved from https://www.nato.int/cps/us/natohq/official_texts_8443.htm