The COVID-19 crisis has raised many challenges to the protection of human rights. There has been much criticism about whether the state has fulfilled its positive duty to protect our health and wellbeing. More controversy, however, seems to lie in the restrictions posed by the state on rights, in particular, human rights. Both lockdown and post lockdown measures, including detention, sweeping surveillance and monitoring, could pose a substantial risk of being used in serious human rights violation. The state actions and omissions in this global health emergency have led to a real clash between liberty and state control.

The COVID-19 crisis has pushed us to rethink the nature of human rights and the ways in which we may mitigate the tensions between liberty and state actions. Much debate, however, has attended to a two-part, or binary, relationship between the individual and the state, leaving out important discussions of the desires and needs of society. My research project on Harold Laski and China funded by the British Academy Mid-Career Fellowship has given me the opportunity to uncover the legacy of Harold Laski in rethinking the nature of human rights and their relationship with the individual, society and the state amid COVID-19.

Harold Laski (1893-1950) was one of the most important twentieth century public intellectuals. He was Professor of Political Science at the London School of Economics, a centre for socialist thinking founded by the Fabians, from 1926 to 1950. He was one of the major theorists of democratic socialism. Yet, both academics and lay audiences seem to have forgotten the importance of Laski’s works. Ralph Miliband (1995, p.240) pointed it out that ‘it is now fashionable to believe that Laski’s writings are mostly irrelevant to the problems we ourselves now confront. I believe this to be a mistaken view’. This short article concurs with Miliband’s view, and argues that Laski’s conception of rights is important for us to rethink the nature of human rights and the relationship between the individual, society and the state amid COVID-19.

Laski was a prolific writer, and throughout his life he maintained a close and substantial link with the legal profession. Laski favoured political pluralism during the period between 1914-1920. From the early 1920s till 1931, the Webbs and their Fabian socialism exerted more influence on Laski. Under the Fabian influence, Laski sought more statist solutions to social problems. After 1930, Laski’s thinking underwent major transformations largely due to a series of significant events, domestic and international, which led him to become a Marxist (Kramnick and Sheerman, 1993, p.3). These events include the Labour Party’s collapse in Great Britain, unemployment, the worldwide economic depression, and the rise of fascism in Spain and Germany. Laski, however, maintained his liberal commitment to civil liberties all his life.

The writings of Laski’s Fabian period culminated in the publication of A Grammar of Politics in 1925. Although A Grammar of Politics marked a major shift towards statist solutions to social problems, Laski’s pluralism and his defence of the rights of individuals persisted. A synthesis between liberty and social life is exemplified in Laski’s definition of rights as ‘conditions of social life without which no man can seek, in general, to be himself at his best’ (Laski, 1930 [1925], p.91) For Laski, rights are essentially a social concept, and individual rights are closely related to social life. In this sense the rights of the individual and state power cannot be separated from each other, as the state has the primary responsibility for helping the individual develop their best self. The state does not create rights. Rather, the state plays an important role in realising and protecting rights.

Lord Wedderburn (1995, p.25) once said that ‘few scholars had the lasting effect that Harold Laski had on his students’.  Laski’s work has been elaborated and developed by his students. Laski’s conception of rights, for example, had a great influence on his Chinese disciples in Republican China (1911-1949). Laski’s disciples include Luo Longji (1898-1965), founder of the China Democratic League and advocate for human rights. In 1922 Luo arrived in the United States to pursue further studies and received a master’s degree at the University of Wisconsin in 1925. He then came to England and studied at the London School of Economics for one year writing up his thesis on Parliamentary elections in England. He returned to the United States and completed a PhD at Columbia University in 1928. Both his master’s and PhD thesis were about Parliamentary elections in England. Laski helped Luo make connections with different party organisations in conducting his fieldwork.

In 1929 Luo Longji published an essay ‘On Human Rights’ (Lun renquan) in the Crescent (xinyue) Magazine, which stood out as the most theoretically sophisticated discussion of the meaning and nature of human rights among the numerous articles published during the human rights debate (1929-1930) in Republican China.

In elaborating the meaning of human rights, Luo Longji often quoted Laski’s A Grammar of Politics. Luo Longji argued: ‘Human rights, simply put, are the rights that [are needed] to be a person (zuo ren). Human rights are those conditions necessary for one to be a person’ (Luo, 1929, English translation in Angle, 1999, p. 80). Those conditions necessary for one to be a person include: first, the rights of clothing, food and shelter, as well as the protection of bodily safety; second, the rights for developing one’s nature and personality in order to become the best possible person one can be; finally, as an individual is also a member of society, an individual has an obligation to allow the great majority to enjoy the greatest possible well-being (Luo 1999[1929], pp. 81-82). For both Laski and Luo, the test of human rights was social function.

Laski’s conception of rights, elaborated by Luo, helps us rethink the nature of human rights and the kinds of human rights we currently desire during the COVID-19 crisis. Our human rights can be grouped into three broad categories: those for preserving life; those for developing individual personality and nature; and those for attaining the goal of the greatest well-being for the vast majority of humanity.

The state’s function is to protect human rights, that is, the conditions necessary to be human. Therefore, the state should protect an adequate standard of living so that the individual can have food, clothing, shelter and health care during this global health emergency. The state also needs to protect mental health during both the crisis and recovery periods (this is why protecting access to green spaces while maintaining social distancing is important during the lockdown). To protect the third group of human rights is the most challenging: the state really needs to balance the protection of individual rights and the rights of society, bearing in mind that individuals bear the burden of justifying the restrictions on individual rights unequally (people live with or without a garden for example).

Laski seems almost forgotten today. Yet this essay shows that his ideas have much relevance to contemporary issues we are dealing with in our own time. Laski’s conception of rights challenges the dichotomy of the individual versus the state in dealing with the human rights issues arising from the COVID-19 crisis, bringing in a thinking of the needs and desires of society. It also provokes a rethinking of possibilities to balance those tensions between individualism and social control and between liberty and collective responsibilities during this extremely challenging and uncertain time. Furthermore, it highlights the importance of solidarity and cooperation for tackling the crisis.

Ting Xu is a Senior Lecturer at the School of Law, University of Sheffield and will soon take up position as Professor of Law at University of Essex. She is a graduate of Sun Yat-sen University (LLB) and the London School of Economics (LLM and PhD). Her research is interdisciplinary, focusing on socio-legal aspects of Chinese law and comparative property law. It engages the study of Chinese law and comparative property law with other areas of research including human rights, international law, sociology, economic history and theory, and political economy. She is currently a British Academy Mid-Career Fellow (2019-2020) working on a project on ‘Harold Laski and His Chinese Disciples: Using Biographical Methods to Study the Evolution of Rights in Republican China (1911-1949)’. 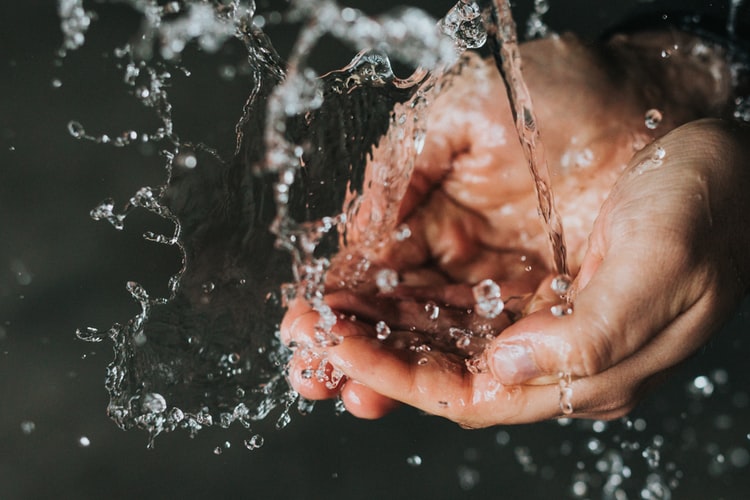 The Human Right to Water in a Global Pandemic