In the second in their series, ‘Cite or Site?’, Pat Lockley and Mark Carrigan analyse the dominance of academic journals in publishing despite a drastic change in cultural context, arguing that moving social science research online should be second nature.

The journal article has become, over time, the sine qua non of a successful academic profile. Such dominance has meant few have had any motivation to either challenge this or to explore alternative models. Narrow understandings of what the communication of academic ideas entails may have been compounded by the fact that, until recently, alternative modes of dissemination were few and far between.

As a channel for communication (as a wider term than dissemination), the journal paper presents two distinct problems. The language of journals has tended to find expression through a dialect which radically reduces the potential readership. Once the linguistic difficulties have been overcome, the average reader faces the problem of deciding which journal to favour from an ever-expanding range (how would you explain why one journal is better than another?) and probable commercial pay walls before they can actually get to the paper.

Furthermore if they are fortunate enough to access open journals, is the software they use comparable in ease of use and user experience to most common websites? Many of the factors which impede the communicative impulsive that has traditionally motivated academic publishing are mundane and/or contingent. But this doesn’t mean they’re not important.

How inherent in the practice of research is the moral imperative to communicate; to ensure that its results are communicated as widely as possibly to as many as we can? Organisations such as Openbook publishers argue working “openly” is the future for scholars. An approach focused on journals can no longer be said to fulfil this goal, and is most certainly “one size” which is in no way “one size fits all” – by its very nature it has become the epitome of Fordism.

We also seem to accept that the preferred form of academic to academic communication is the journal. The REF and academic publishers stand as comparable to an intellectual monopoly come bottleneck like a revisionist Worshipful Company of Stationers and Newspaper Makers, blessed by government powers to control communication. A google search for “Sociology” returns as the first result – The Coming Crisis of Empirical Sociology – which has the following structure in its references:

The most recent article in American Sociological Review – Unions, Norms, and the Rise in U.S. Wage Inequality

and the most recent Sociology article –Families, Secrets and Memories

So it is in no way apparent that the journal is the de facto unit of communication, even amongst academics. Even this channel and form of communication is perhaps open to discussion. Then we face the issue, as suggested by John Ioannidis in “Why Most Published Research Findings Are False”, which argues journal papers aren’t working for communicative purposes.

These issues stand in a rapidly evolving cultural context. There is a seemingly growing demand for intellectually challenging content, across a range of audiences, which the physical sciences have thus far tended to fill. But surely the social sciences are innately better suited to the predominantly text-based or info-graphic communication channels which have proliferated on the internet?

These are channels in which we are likely to be already in some way engaged, and the action of taking our research into this domain should be second nature. Yet for the most part it is not. This raises retrospective questions about why this isn’t the case but also proactive ones about how it could become so. A cursory glance at the figures shows that there is an enormous hunger, across a diverse populace, suddenly manifesting itself through a variety of online channels.

Apple’s iTunes U, as of this time last year, had 300 million downloads from 350,000 available files. Over 3 and a half million people downloaded LSE podcasts in July alone. The RSA, with its recent catchphrase, “21st century enlightenment”, has been an innovator in this area, particularly with its innovative RSA Animate videos, condensing academic talks on Youtube and combining them with fast moving animation, which have proved enormously successful:

Coupled with these platform-based approaches – often which require overheads that perhaps would invite criticism of suggesting they too are “one size fits all” – how many academics actively take steps to maximise the exposure of their research? Even working on something as simple as editing a wikipedia article may maximise exposure.

The utility of these channels extends beyond public engagement. As the Vice-Chancellor of Warwick University, Nigel Thrift, recently observed (in his eminently readable blog) entire fields of inquiry are beginning to be fermented online, as instantaneous low cost communication has provided a potent environment within which graduate students and early-career researchers, in particular, are able to articulate new directions of thought outside the temporal and editorial constraints of traditional academic structures such as peer-review, which, as Steve Fuller recently argued, is an important though ultimately backward-looking exercise sometimes inimical to risk-taking and innovation.

As we stated in the first part of this series, we are not advocating that academic journals be abandoned in favour of communicating through social media. Even were this desirable, it would not be feasible for all manner of reasons, not least of all because of the REF. Instead we are suggesting that this unparalleled expansion of communicative opportunities available to researchers demands a creative and on-going re-appraisal of the purpose and practice of academic publishing.

In the final section of this series, Pat Lockley and Mark Carrigan will take a practical look at the new tools available to researchers seeking to connect and communicate online, as well as their congruence with existing professional practices within academia. 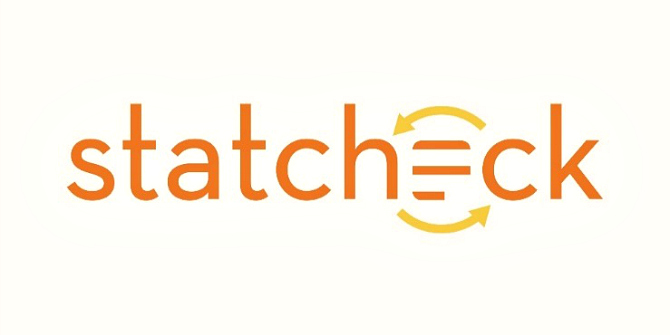