One of the best known science writers and bloggers in the online world, Bora Zivkovic is the chief editor and community manager of the Scientific American blogs network. Here he discusses his duty to encourage and promote new scientists, and the role of science communication in the 21st century.

What is the role of science communication today?

Well, that’s not an easy question. What’s the role or the goal of any communication? Is it affecting change? Or is it educating? Or to be amusing, to be entertaining? Science communication can do all of that. But you have different audiences. Because other scientists are one audience, and the general public, who might find science interesting or fun, are another audience. Your communication is going to be different depending on what your goal is. How online and offline differ is that who you reach online can potentially be bigger if you are doing it right, but it’s also going to be more random who is going get it. So, if you are using email, letters, phones, flyers, it is going to a very targeted audience, and it may be slower and less efficient. In essence that is going to be less people who are going to get it but you can target it very well.

What are the most important qualities for effective science communication?

Passion! You have to be generally excited about the story you are telling, which is one of the reasons why blogs are successful. Bloggers don’t get assignments – you hear stuff, you read stuff, and you suddenly get excited about something, and that’s what you write about. So passion is the most important. Another important quality is to write about things that you know. If you are a scientist, write about your area of expertise. I’m not going to write about physics because that is not interesting to me, or it would take far too much work for me to get it right. So I’m going to link it to a science blogger who does it much better, who can do it in twenty minutes, as I can do a circadian story. So there is this division of labour between the blogs, for each one of us to jump on to the stories that we can actually say something intelligent about from a perspective of expertise, and with passion.

What advice do you have for those new to online science communication?

With new bloggers, I guess the big obstacle is confidence. It’s hard to tell people to be confident. If they are not, they are not going to listen to you. So something I do a lot, and people really like, is actively searching for new bloggers, young bloggers, new voices, and when I discover somebody whose writing really appeals to me, who nobody has heard about before and they get three hits a day, I take it upon myself to promote them and also to keep in touch with them, to give them the boost of confidence. It’s like, “Go for it, let’s write something for the guest blog.”

Somebody said that Scientific American guest blog is like the TED of science blogging because people put their best writing there. So this is a way for me to promote young and new voices until they don’t need promoting any more because they became confident, they learnt, they built networks, some of them actually got hired by the media and I feel so proud of them. That’s the reason why they call me the BlogFather, because they are my blog kids that I’m so proud of!

This is an extract of an interview conducted by Dr Marisa Alonso Nuñez, originally posted on the Science Box blog and in the Journal of Feelsynapsis. You can also read Bora’s own blog A Blog Around The Clock. 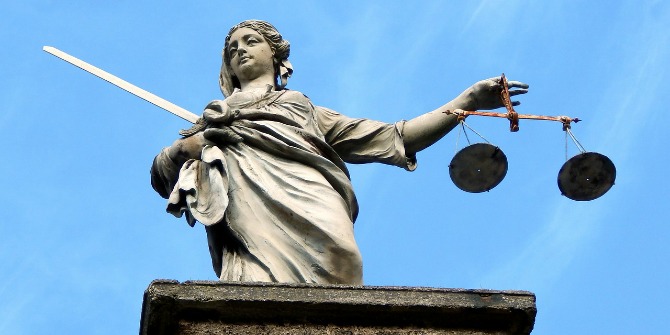