Following on from the recent debate at the ‘From Research to Policy: Academic Impacts on Government’ conference, Jane Tinkler finds that the academic expertise and luck required for a piece of research to be considered valuable by government in policymaking is not valued by the Research Excellence Framework.

This month saw the second major event from the Impact of Social Science team. The conference, From Research to Policy: Academic Impacts on Government, looked at how academic research can impact on the policy process, the problems and possibilities that the relationship between these two groups presents and how the situation may be improved. We had a number of speakers with experience from both within and outside universities (for those interested, podcasts from the sessions are available here).

But the discussion again brought home to me that what government essentially wants from academics is not what the Research Excellence Framework (REF) seeks to capture. And it definitely can’t measure some of the chance ways impact on policymaking happens.

What government really wants from academics is ‘wise advice’. When those in power seek academics out, they usually want the result of experience and expertise built up over an academic’s career rather than just the findings from a particular piece of research. Policymakers want advice that is targeted on particular policy issues. There may also be a time dimension as, for example, external events have brought a particular issue to the fore and they need answers to questions very quickly.

It is this wise council that means academics are extensively used by government on advisory board, expert panels, as witnesses and panel chairs.  Again, the choices for these positions are often based on over-time expertise. Indeed these ‘academic service’ roles can sometimes not be directly related to the academics core research: instead it may be that the academic’s expertise provides a fresh perspective or match well with others on the panel.

So policymakers explicitly want academic expertise rather than necessarily the results of a specific piece of research (or even set of research findings). However these expertise or academic service roles are not always considered in themselves to be evidence of impact by the REF process. Panel C guidance states:

Acting as an adviser to a public body, for example, does not of itself represent impact. However, providing advice based on research findings from the submitted unit, which has influences a policy, strategy or public debate would constitute impact if there is evidence that the advice has had some effect or influence.

Academics need to be ‘lucky’ in matching their current research grant applications with potential future policy needs. Most academics that have talked to us as part of the Impact project mention the part that serendipity plays in dealing with government. There are some academics who are good at spotting research trends and put plans, or more importantly funding applications, in place to ensure research is available when it might be of most use in the policy cycle. But it can be that the biggest ‘impact’ from a particular piece of research comes from a chance meeting at a seminar that gets your research into the right policymaker’s hands.

There is also the unlucky academic: those who have been working on a particular research problem that following an election is no longer politically popular. This frankly means it will not have impact on current policymakers. It may influence the debate for those in opposition, or those bodies who work with and around government. But some research findings will just not be picked up in certain political climates.

It is of course difficult for any evaluation to take into account the luckiness or otherwise of an academic. But having an impact on government, luck seems to be a more than average problem.

The distinctiveness of academic research is not always seen as a benefit in government.
Long-run programmes of academic research that address particular policy problems are a vital resource that can sometimes not be valued by policymakers precisely because of the time that it takes to reach these conclusions.  We academics also have the reputation of ‘sitting on the fence’ and not making conclusive judgements which is seen at best as unhelpful and at worst as obstructive. But it is this exactly this rigour, comprehensiveness and quality that are the values of academic work. And the lack of one definitive answer shows the thoughtful nature of trying to look across a range of methodologies and approaches and bring them all together in a way that is helpful for complex real world policy problems. As Huw Davies pointed out at our seminar, research doesn’t speak for itself and it doesn’t stand alone. Working with and creating research findings is a dynamic and iterative process that sometimes involves rethinking what we thought we knew. This is not a comfortable position for policymakers to be in.

It will be a negative and surely unintended consequence of the REF if the work that academics do with government and policymakers cannot be usefully used in the evaluation process. We know that academics felt that the Research Assessment Exercise (RAE) pushed them into producing single author, middle of the discipline, traditional output style work. We also now know that the most impactful work is often multi-authored and on the borders of cross-disciplinary work. Because social scientists need to engage with government, academic work with its rigour, quality and questioning is valuable in policy debates. It feels very much that we need more academics feeding into government and policymaking, not less. 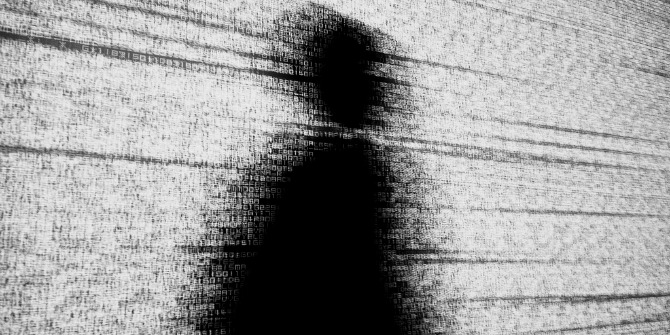