Communication between researchers and policymakers is key to achieving policy impact. Steve Johnson shows that PhD graduates who move into government circles rather than academia have a valuable role to play in blending the two extremes.

The impact of research on policy is not a linear process whereby researchers produce their publications and – at some point and through some unspecified process – policy-makers become aware of relevant research findings and adjust their policies accordingly. A growing number of studies have demonstrated that the research impact process is much more complex than this, with effective communication between researchers and policy-makers thought to be key to achieving policy impact.This is not a startling revelation, but it is surprising how often I have heard policy-makers state that they would take more account of research findings ‘if only researchers could communicate them in ways that we can understand’. Likewise, academics typically complain that policy-makers do not take their research seriously. They worry that policy-makers are looking for bite-sized summary findings that happen to support their political leanings, and are unwilling or unable to understand the complexities of their research.

It is self-evident that finding ways to improve communication between researchers and policy-makers is likely to increase the chances that the latter will at least consider the implications of recent research findings when making important policy decisions. Less often noted – and perhaps more controversially – such communication might help academics to focus their work in areas that are relevant to current and future policy concerns. But this is not simply a case of writing ‘policy-friendly’ versions of academic articles, or the occasional attendance of government officials at academic conferences or seminars. There is a ‘missing link’ here, with government researchers playing a potentially important role in the communication process.

A recent study of the role of social scientists in the Welsh Government provides some insight into the role played by an under-researched group, namely PhD graduates who become government officials rather than entering the academic world. The Welsh Government were keen to ensure that the qualifications and skills of these people were being used effectively; the Economic and Social Research Council (ESRC) were interested in the extent to which postgraduate research training was preparing students for life outside academia.

Not surprisingly, most of the PhD-qualified social scientists employed by the Welsh Government are working in analytical posts, providing research advice on economic, social, statistical and related issues to policy divisions and departments. Almost without exception, these analysts were not undertaking research that was linked to their PhD topics, and in many cases they were undertaking relatively little research themselves. The role of the typical government researcher involves managing research undertaken by external bodies including universities and consultancies.

At first sight this may appear to be a waste of the expensively-developed skills and talents of these individuals. This is not necessarily the case. Interviews with policy-makers (mainly senior officials) revealed that they have a high degree of trust in the findings of research managed by PhD-qualified analysts. This is mainly due to the technical and methodological skills they possess; policy-makers trust that highly-qualified researchers will ensure that commissioned research is based on the best available evidence, using the most appropriate research techniques and subjected to sufficiently rigorous analysis.

Equally significantly, researchers external to the Welsh Government typically felt confident about working with analysts who they know to be highly-qualified and able to communicate with academic researchers on a broadly equal basis. Government researchers were therefore able to build up relationships of trust with both policy-makers and external researchers in a way that helped the former to appreciate the research issues and the latter to understand the wider political, institutional and other factors that influence policy-makers’ decision-making.

A good example of this is the development of the Child Poverty Strategy for Wales, which involved a team of external experts (academics, practitioners and think tanks) working with Welsh Government researchers to ensure that the resulting strategy was as ‘evidence-based’ as possible. Government researchers and external experts were positive about this process, and the resulting strategy was well received in Wales.

Of course, not all PhD-qualified social scientists in the Welsh Government work as analysts. Some have found their way in policy-making or project management roles, and there is some evidence to suggest that these people are more inclined than others to take research findings seriously and to work effectively with internal analysts and external researchers. This begins to suggest that helping social researchers to move out of the ‘silo’ of analytical roles may be helpful in further extending the influence of research.

This study provides some useful and interesting insights into the role of social scientists within government. It suggests that there is potential to look at this role more deeply and to develop strategies to capitalise on their unique position at the intersection between research and policy. For example, can we improve the training of PhD students to ensure that they more fully appreciate the realities of the policy making process? And can we build on schemes – such as research student internships and Placement Fellowships – that enable academics to spend some time outside of the university sector without negatively affecting their publication records? Creating more (and more effective) ‘hybrid’ academic and policy researchers must surely be a step in the right direction for those of us who believe that research can and should impact on policy. 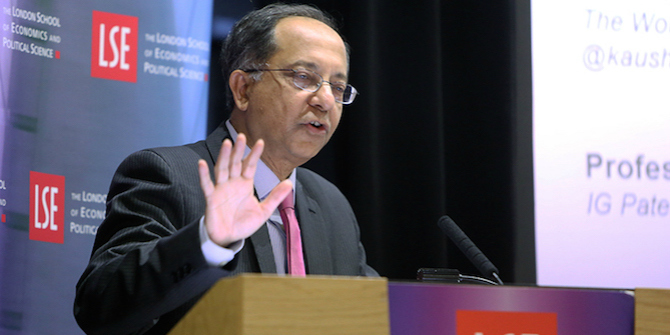