Following his work with the Cabinet Office’s Efficiency and Reform Group (ERG), Matt Wood finds that political scientists must ask themselves two questions: precisely how they hope to make impact, and which society groups they want their work to be relevant to.

Carrying out the core roles of a civil servant (conducting quick and instrumental literature searches, preparing concise presentations for ministers, verifying facts and statistics for government publications), I gained an appreciation for what civil servants want from political research, and how political scientists might meet that demand. I also became acutely aware of some of the problems involved for academics striving for greater ‘relevance’, particularly for researchers at the start of their careers.

I can’t claim that my experiences are anything but partial and anecdotal but I hope to focus on some opportunities for academics to develop policy-focused relevance, as well as cultivating an appreciation of some of the barriers to engagement, and how researchers may overcome them. This will hopefully deepen the ‘relevance’ debate highlighted at this year’s PSA Conference by Matthew Flinders and Peter Riddell.

The demand for ‘evidence-based’ policy making is growing. Working in the ERG on an evidence-based policymaking project, I found policymakers frustrated at the relative gap between the immense demand for social scientific evaluation and improvement of public policies, and the relative reluctance of scholars to become involved. The current government is particularly keen, given tight fiscal constraints, to evaluate whether policies like payment by results and personal budgets produce better outcomes and value for money. Hence, policymakers are increasingly keen to bring in social scientists to produce such data on the effect of policy initiatives on outcomes such as social mobility, equality and efficiency, which in turn will effect which programmes receive money or are cut.

Policymakers are concerned that the majority of social researchers are not nearly engaged enough. Given this willingness within government to close the gap between social scientific research and practice, and use social scientific data to determine public spending, this would seem like a golden moment for the majority of political scientists to step up to the plate and make a real difference in determining how public resources are allocated.

Skills transfer
Civil servants are keen to engage with political science on academic best practice. They are interested in informal advice regarding best practice in carrying out semi-structured elite interviews, conducting rigorous literature searches, and interpreting and evaluating methodologies and research findings. Particularly in the context of the current civil service reform agenda, I found that civil servants are keen to gain methodological skills that form the bread and butter of everyday social scientific research practice.

Junior civil servants are particularly keen to properly evaluating findings and learn about the choices involved in the research process. If my experience is replicated beyond the Cabinet Office, sharing research skills may represent a relatively untapped opportunity for political scientists to assert the relevance of their discipline and justify their value for money.

Barriers
It seems there are big opportunities for political scientists to enhance their influence on public policy and assert the relevance of their subject to policymakers. Yet, there are also severe barriers that exist to political scientists (particularly early stage researchers), preventing them from engaging further with the public policy sphere:

Timing
It is no secret that the timescales of policymaking and academic research are hugely out of sync. Policymakers want policies evaluated and recommendations published within weeks (if not days), whereas quality research takes months, if not years to complete, write up and disseminate. Due to this time lag, traditional academic centres have been losing out to think tanks like the Institute for Government and Reform who conduct intensive short-term research projects aimed at tying in with the demands of policymakers and the political cycle. Their findings and recommendations are summarised in easily digestible executive summaries, whereas most journal articles in political science require the majority of the article to be read. Moreover, think tank research is also freely disseminated, whilst publishers jealously guard access to the top political science journals.

Flinders’ proposal at the recent PSA Conference of ‘triple-writing’ is helpful in terms of wider societal engagement, and I would add that the findings of political science research could be much better communicated within the journal format. Civil servants preparing for a ministerial meeting will never have the chance to sit down and digest an 8,000 word article – they want the key points condensed into a succinct brief. Management journals have considered this and offer précis articles – accessible summaries of longer research pieces. Is this a format that political science journals should consider expanding, to increase impact?

Quants rules
Quantitative evidence seems to be king in government. When researching evidence of policy outcomes I was constantly asked to find statistical (or merely numerical) evidence of increased productivity, money saved and value gained. When researching evidence to include in a publication or presentation, it was overwhelmingly an imperative to skip over qualitative studies to find that statistic or number that could be quoted in a publication or media response. Where qualitative evidence was used, it was in the form of internally-sourced illustrative anecdotes or ‘case study’ news pieces.

The question for qualitatively-oriented researchers (such as myself and early career scholars without the resources, connections or time to conduct macro-scale quantitative studies), is how to increase ‘impact’ when the very nature of our research puts us at a disadvantage to those who can produce neat sets of statistically significant ‘causal’ relationships. Surely we would not wish to sacrifice a whole arm of empirically insightful political science on the altar of policy engagement? Perhaps the case has simply not been made for why qualitative research is ‘relevant’ to public policy?

Critics or activists?
The above point leads into a deeper discussion of whether political scientists really want to be that closely engaged. Some agree that engagement is a good thing while others are sceptical of promoting a close relationship with government. Still others might say it is not the job of political scientists to propose solutions to policy problems. Numerous civil servants and think tank researchers told me during my 3 month stint that University academics just don’t have the desire to be engaged. But is there an intrinsic value to academic freedom that means we should balk at the idea of integrating with the public policy cycle?

Towards Greater Societal Relevance?
In light of these problematic aspects of engaging with policymakers, perhaps we need to step back a bit and ask ourselves what the point of this ‘relevance’ debate really is. The question is precisely how political scientists, particularly those with fledgling careers increase our ‘impact’ and really make our research matter to society in an increasingly competitive and crowded marketplace?

This in turn leads to a more fundamental question about the meaning of ‘relevance’ itself. The rush towards greater ‘relevance’ is appealing – after all who would want to be seen as ‘irrelevant’? This does not, however, answer the question of how we wish to be more relevant, or indeed the question of who we wish to be relevant to. I found there was a great hunger for political scientists to become more ‘relevant’ by integrating research into the policy agenda of government, and sharing research skills. This is certainly a laudable form of relevance for political scientists to aspire to, but I also found myself craving something beyond influence within the Westminster bubble.

This policy-focused form of ‘relevance’ seems to overlook the broader role Flinders envisages, and also animates numerous young political scientists investigating contemporary issues like, for instance, immigration, environmental politics or global development. They want their findings to reach out beyond technocratic policy spheres to influence, somehow, the opinions of the general public.

There are cultural barriers that preclude political scientists breaking into this mainstream, as John argues. Yet, this does not imply we should lower our expectations of how great the impact of political science can potentially be both in the public and policy spheres. Culture changes, and so long as we are convinced of the importance of our subject then a more detailed analysis of how to capitalise on opportunities and overcome barriers both in the policy and public spheres should prove fruitful in increasing our overall ‘relevance’. 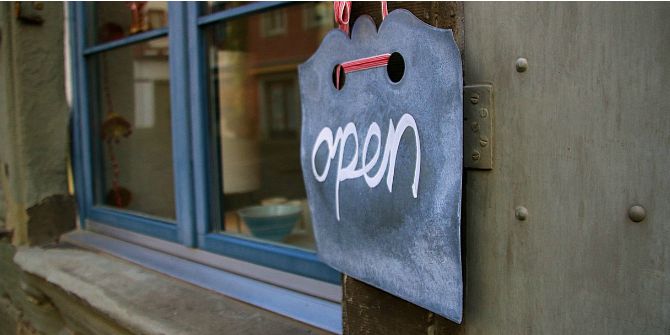