Is investment in blue-sky research only a good idea because it may lead to marketable discoveries? Brigitte Nerlich thinks not and warns that a stronger semantic link needs to be established between blue-sky research and non-instrumental research; one that cannot be gnawed through by those engaged in an academic rat-race

Knotweeds and rats
Last week (1 June, 2012) and I was reading the Times Higher over breakfast. My eye falls on the following sentence in the editorial: “The ubiquity of market ideology is explored in a new book by Michael Sandel, professor of government at Harvard University, which suggests that it has self-seeded like Japanese knotweed and taken over in areas of life where it is quite inappropriate.” The impact of this ideology on one area of life, namely university life, is explored further in an article on the impact of competitiveness on higher education by Thomas Docherty, metaphorically imaged as “the trap at the end of the rat race.” Docherty quotes novelist David Foster Wallace who bemoans: “the rat race, the constant gnawing sense of having had, and lost, some infinite thing”.

Knotweeds and rats are strong metaphors that make use think about current university life and the dangers to its future. Universities started out as communities of learning reaching for that ‘infinite thing’ that is knowledge and understanding. Many academics now feel a sense of loss in the face of increasing bureaucracy, decreasing funding and the imposition of various ‘agendas’, such as the impact agenda, most recently discussed by Adam Smith here.

Campaigns and protests
In face of these changes, protests have sprung up and campaigns are being waged, the most recent one being the ‘Science for the future campaign’. In the social sciences and humanities there are the Campaign for the Social Sciences, a campaign entitled DEFEND the ARTS and HUMANITIES  and the overarching Campaign for the Public University, seeking to defend and promote the idea of the university as a public good. Amongst these campaigns the only public protest was staged by the ‘Science for the future’ campaign on 15 May, 2012, which generated a flurry of interest in the cybersphere and about which I have written a blog here and which has been storified here.

Blue skies
Two concepts became focal points for discussion and debate. One was blue sky research, the other was impact. I have written about the knotweed-like entanglements of the emerging impact language here. In this blog I want to reflect on the concept of blue skies research or blue sky science. This reflection was prompted by an exchange on twitter between Richard Jones and James Wilsdon (two voices that also contributed to the Science for the Future debate on twitter and on blogs). In this exchange James Wilsdon claims that blue-sky research is “a loose term, emotive & open to multiple meanings” (30 May). Now, I love multiple meanings. For a long time they have been my bread and butter. So what multiple meanings are we dealing with here?

Shades of blue
Turning to my friend the OED I find that the first mention of blue-sky is from 1895 where a ‘blue sky series’ of books was published about paintings of Venice, “so cheerful and gay”. What we are dealing with here is metonymy, where the colour of the Venetian sky provides the name for a whole book series. The next quote from the 1920s is the first metaphorical attestation of that phrase and much more negatively tinged, as somebody is quoted as saying: “Lenin and Trotzky never gave me any blue-sky talk. They never promised unless they had the will and the power to deliver.” Impact anyone? Things get even worse in 1956, where “Blue Sky Books” no longer deal with Venice but refer to “those literary works which, without any specific technique or expert knowledge, tell us their authors’ views on the nature and purpose and proper conduct of human life.” The next quote from 1967 is also quite pejorative, talking about “blue-sky stuff” with regard to unlocking “vast reserves of oil locked in non-conventional sources such as the Western Hemisphere oilsands and shales.” Blue-sky? No longer! Think about fracking, which seems to be all the rage, at least in the US. Similarly in 1977 we find talk of blue-sky technologies such as solar and geothermal. Only the last quote from 1985 refers to ‘blue sky research’ and voices fears that “the cutting edge of blue skies research becomes somewhat blunted”. Here is a hint at a positive meaning but also an indication that this positive side of blue-sky research is under threat. The main meaning for blue-sky given by the OED is: “fanciful, hypothetical; not practical or profitable in the current state of knowledge or technological development”. The current meaning of the word provided by Collins Dictionary “theoretical research without regard to any future application of its result”, which is neither positively nor negatively connotated.” Blue-skies research has become synonymous with basic research, fundamental research or pure research, although the term pure leads us into all sorts of semantic trouble. What turns blue sky research from ‘fanciful’ to ‘fanciable’ are the semantic links that many establish between blue-sky research, ‘curiosity’ and ‘serendipity’, imagination, passion. But some may still see it as ‘not practical or profitable’. And here is where the impact agenda bites.

Back to protests
In 2009 a group of scientists, which has now become the campaign Science for the Future, published a letter in the Times Higher in which they asked for UK research to be saved from red tape (the knotweed of academia). A short notice in Science reported on this under the title “Is the (Blue) Sky falling in the UK?” There was also a debate organised by the Times Higher entitled “Blue skies ahead? The prospects for UK science”, in which the then science minister Lord Drayson argued the case for ‘impact’ by invoking the public or taxpayer, who would, it was implied only support research funding if it led to what one might call ‘practical and profitable’ outcomes. A year earlier Philip Moriarty, a supporter of the Science for the Future Campaign, had published a commentary in Nature Nanotechnology entitled ‘Reclaiming academia from post-academia’, an article that he initially wanted to call ‘Bullet the blue sky’.

Thinking about the multiple meanings of ‘blue sky/skies’, I asked myself whether this term can also be used with reference to the social sciences and humanities and what this may mean in the context of current debates about funding and impact? Initially I thought that this was pretty difficult. Can one really point to something like lasers that serendipitously emerged from humanities and social science research? One blogger points to a ‘laser-equivalent’, namely Chomsky’s spat with Skinner, his speculations about the nature of language and the development of a new treatment for depression. The British Academy points to new computer-based image-enhancement technique to decipher ancient stone inscriptions which led to improvements in analysing mammogram images.

But is investment in blue-sky research, be it in the natural or social sciences, the arts or the humanities, only a good idea because it may lead to marketable (i.e. impactful) discoveries and innovations? I think not. I believe a stronger semantic link needs to be established between blue-sky research and what Ziman called non-instrumental research (as suggest by Philip Moriarty in the article quoted above), a link that may be increasingly strangled by bureaucratic knotweed or gnawed through by rats engaged in an academic rat-race. In 2003 Joseph Ziman made a plea for supporting science’s “non-instrumental social functions, such as the creation of critical scenarios and world pictures, the stimulation of rational attitudes, and the production of enlightened practitioners and independent experts.” I think this applies to ‘science’ or Wissenschaft or ‘the creation of knowledge’ across the board and should be the function of universities as communities of scholars engaged in learning about the world we live in. But beware the knotweeds! 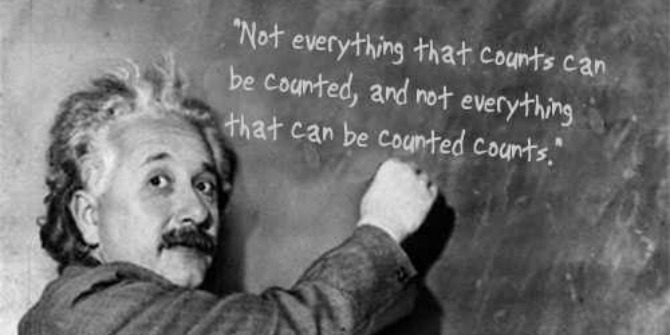 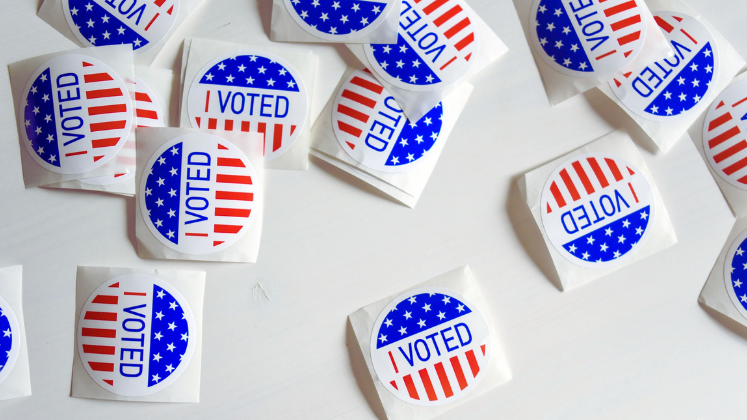 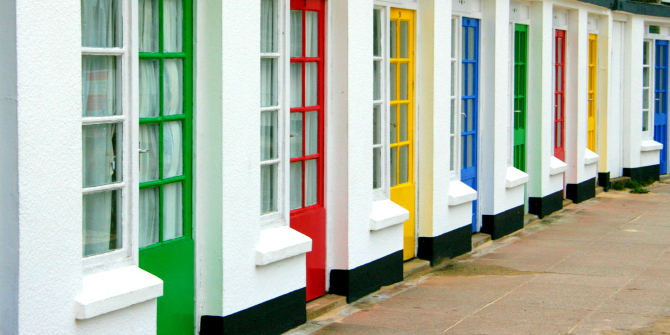