New media ‘big up’ academics, create noise around them and make research seem to matter; all beneficial when counting the days to the REF. However, Conor Gearty writes that the old fashioned work that created the ‘expert’ in the first place is at risk from the dangerous attitude of the Twitter world where the moment counts for so much.

Twenty years ago the brilliant political scientist Brendan O’Leary wrote a pugilistic article in the Oxford Journal of Legal Studies, pithily entitled ‘What Should Public Lawyers Do?’: (1992) 12 OJLS 404.  O’Leary was thinking about the challenge of inter-disciplinarity and of how much any of us can risk gambolling across fields without making obvious the fact that we are not nearly as well-informed/well-read as we like to pretend. Disciplines not only frame how we write; they also guide us to what we should (need to) read.  They pigeon-hole us for a purpose that we ignore at our peril.

All as true now as it was then.  But right now I am not so bothered by inter-disciplinarity as I am by the even broader question – not of what but of where public lawyers should be writing.

I remember 1992 well.  A public lawyer wrote books and ‘learned’ articles and every now and again might, exceptionally, get something into a newspaper of an upmarket generalist journal (the TLS say or the LRB) – a day warranting great rejoicing and the purchase of multiple copies for family and friends.

That was it, more or less.

Now consider today: where should public lawyers write? There are a multiplicity of additional platforms – blogs like this one; virtual newspapers (Guardian Unlimited) and journals as well (an electronic LRB); personal web sites and blogs; Facebook; and – of course – Twitter.  As they feel their way to an effective business model, traditional print outlets offer virtual space with almost gay abandon while being clear that they will pay nothing or next to nothing to those who fill it. New outlets freed of the constraints of print create virtual intellectual sweatshops that academics queue up to join – at The Huffingdon Post it is called pitching a blog.  Even the august British Academy asks its FBAs to blog these days.

Far from opposing such developments, the universities collude in them.  Not only departments and subject areas but also various cross disciplinary initiatives seek 800 words on this or that to appeal to the wider community.  While universities know they need scholarship which jumps the necessary  hoops for the REF their heart is in impact – that Holy Grail of evidence of engagement with the ‘real’ world,  a place where few believe these days that any kind of serious scholarship truly belongs.

Here is the paradox that afflicts all in higher education today: the more scholarship there is and the better its quality, the less confident anyone is about its importance.

So what should we all do about these new media? Of course they are particularly attractive to young academics who are the most actively engaged in them, but is there a cost?

On the plus side, most ideas can be said simply and succinctly and ‘journalistic’ writing of the sort insisted upon by new media encourages this.  My first newspaper articles were done under the benevolent guidance of an editor who gently insisted on a style that was not only informed (the point, after all, of asking me to write in the first place) but also clear and decisive in its delivery of its ideas as well.  New media remind us that clarity is not an optional extra in the delivery of knowledge, it is part of what knowledge is.

New media also force us to think much more deliberately about audience, something we so rarely do in serious scholarship.  Maybe this is because in our heart of hearts, we think there is no audience at all for such work, but the one way to guarantee this is true is never to think about who might be reading what we say.

And new media help ‘big us up’, swirl some noise around us, make us seem to matter.  A similar kind of breakthrough occurred when I was starting out as an academic.  This was 24 hour television news, CNN and later BBC News 24.  People remembered for months you were on, even if they hadn’t a clue what you might have been saying.  And as with new media being on was enough. You were no longer just another obscure scholar, you were ‘out there’ and therefore desirable.  Profile helps with promotion and gets you pay rises, part of the same systemic lack of confidence in scholarship that makes impact seem so important.

Public lawyers are especially available in this world of instant-comment.  Our stuff keeps coming up – prisoners’ votes; Scotland in the EU; a bill of rights for Britain; the removal of this or that suspected terrorist to a nasty ally; the list of potential virtual comment is virtually endless.  And there are our subject blogs as well, places like this where it is good to be seen and important also to be able to help out.

So what is the downside? Well obviously there is the time factor.  One 700-800 word essay every now and again is one thing, an essay of that sort every other day quite another.  Not to mention updating your personal web site (how many future events are in fact years long past?) and remembering to keep an eye on Twitter (the never-ending Twitter where new messages pour in as you produce your latest brilliant, debate-defining Tweet, requiring yet more spontaneous brilliance if you are to keep up).

But it is more than the time.  It is the attitude that the world of Twitter/blog generates that is its real danger. If the moment counts for so much can anything other than that moment every count at all?

Every working day brings some excitement in public law.  The Twitter/Blog mind embraces the daily frenzy, scans the raw material to hand and produces an instant judgment – as though its owner were some kind of perpetually available law specialist on Radio 5 Live.   The old fashioned hard work – quiet; library-based; thoughtful –  that made the writer/speaker an expert in the first place gradually drifts off the daily agenda. At first because of time constraints and then – well – because it’s boring, like returning to decaff coffee after an espresso.  Twitter/Blog erodes our confidence in the deeper stuff without which we would never have become experts in the first place.

Earlier this year I went off Twitter/blogging/Facebook pretty well entirely for about three months. My sabbatical from the frenzy of the moment was to allow me to finish a couple of writing projects. I needed distance from today not only to save time but also so that I could properly persuade myself that writing about more than the immediate was worth doing. I needed this respite care from new media in order to recover my confidence in what mattered and to relearn how to engage with difficult concepts in an in-depth and well-referenced way.

Now I am back. Short pieces; no footnotes; no worries about anonymous review; lots of sounding off on this or that; plenty of attention – what fun!

This article was originally published by the UK Constitutional Law Group blog, and is republished here with kind permission.

About the author:
Conor Gearty is Professor of Human Rights Law at LSE, and a Barrister at Matrix Chambers. His academic research focuses primarily on civil liberties, terrorism and human rights. He has been a visiting professor at a number of universities abroad and has also been an external examiner at many universities in the UK and Ireland. Conor ran The Rights’ Future, a collaborative online project and blogs here. His is also on twitter @conorgearty. 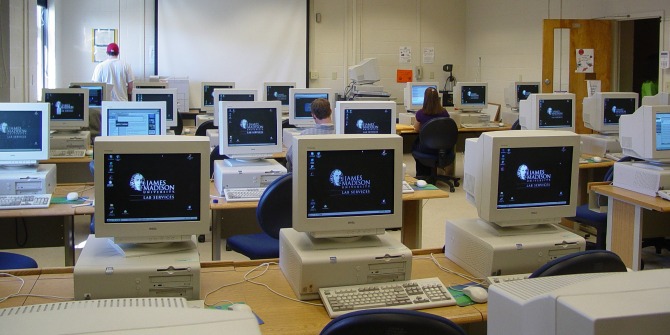