Part of PPG’s Impact of Social Sciences project focuses on how academic research in the social sciences influences decision-makers in business, government and civil society. Rebecca Mann talked to Andrew Herbert OBE, former Chairman of Microsoft Research. He explains the value that social scientists can bring to industrial research organisations.

You were responsible for bringing social scientists into Microsoft Research in the UK. Can you tell us when and why you made that decision?

When I took over the Cambridge Laboratory, its areas of strength were all in so-called hard sciences. All the people working in the lab at that time would have had a maths, physics, engineering, computer science or similar PhD. I decided we needed to have people in the organisation who looked at technology from a user perspective, to help us understand why some technologies turn out to be very popular and others don’t, and why others sometimes take off in directions that the engineers did not anticipate.

Accordingly, in 2004 I staffed a new group made up of social scientists, including an ethnographer and psychologist, to complement the engineering side. From this small nucleus, the group grew to become the fourth primary research group in the lab. It is a truly multidisciplinary team combining social scientists with industrial designers and enthusiastic gadget builders.

One of the reasons I created the group was that I knew from experience there was value in engaging with social scientists. In my mind, the Microsoft Cambridge lab was missing a capability. Other big corporations, such as HP and BT, have social scientists somewhere in their research and corporate strategy organizations. Different companies divide these up differently but in broad terms, research and corporate strategy work together or are the same thing – both are working at the frontiers of their company, trying to understand what opportunities are created by new technologies and how society will respond to them.

Can you give us an example of where social science research can add value and have impact within businesses in the high-tech sector?

If you are a company the size of Microsoft or Google, you are going to be really concerned about the public response to issues like privacy, social media and sharing personal information. It’s a new frontier. Things can easily blow up on you on a massive scale. Look at some of the challenges that Facebook have had when they had made small changes to their privacy defaults that led to protests from many of their users. These were not engineering errors in the design of the system, but rather social errors in how it was applied. So for companies of this scale, I think it is well understood that as well as engineers you need a broad spectrum of skills including social science in your development teams. A related opportunity for social science in large technology companies is in helping them engage with government on policy issues, because if governments invent unhelpful rules it can make it very difficult for you to sell your product.  The social scientist can predict the impact of technology on users, communities and society generally and how to explain the advantages and  (disadvantages) of new technologies in human terms.

On what type of projects would Microsoft Research collaborate with universities?

Microsoft funds a lot of external research and does a lot of work with academics including ethnographers and anthropologists. We do external research for a variety of reasons. Even though Microsoft Research worldwide is about a thousand people, we can’t tackle all the stuff the company would like us to do. By working with universities, we get to know where good people are, which helps with recruiting, having students work on projects and it also allows us to spread into the research community our view of what the interesting research questions are. In this public forum we mostly do work that is long term, exploratory and speculative as part of scoping out the field and understanding the landscape. You’d very rarely find an academic working on a research topic that is transitioning to product development.

What type of social scientists have been most successful working with Microsoft?

Certainly, one of the things we found ourselves doing was forming a view that there seemed to be two kinds of social scientists you might encounter. The ones we could do business with were those who grounded their ideas through field studies, cultural probes and social data. So those who operate more like a scientist or engineer. We were less interested in political theorists or social theorists. In the context of working in the technology industry, people expect what you do to be tested and validated in some way. They aren’t interested in abstract theories by themselves. Theories are interesting but they have to be put to the test. If it’s not supported by evidence you go back and think again. In our interview process, as we built the new team we met some folks who felt being asked to validate their ideas was a bit of an imposition. Those people didn’t get hired.

Is it more difficult to assess the contributions of social science to businesses compared to engineering or the ‘hard’ sciences?

Generally what social science leads to is understanding of human emotions and responses, the nature of communities and how they react to situations, which are often quite subjective things. Whereas hard science leads to discovery, and has quantitative metrics against by which things can be compare. Engineering leads to technology, which can be patented. So yes, it’s often much easier to put a direct value on the outputs of hard science. It’s also the case that hard scientists have had to develop systems to put a value on their work. They’re used to competing for big amounts of money and justifying the potential return. The results are generally more tangible; you can put your arms around them. In the social science you can usually show academic significance, in the sense of counting citations for example, seeing how someone’s paper has sparked a stream of work but it’s harder to measure real-world impact. If you’re lucky you can get case studies – someone who has done something in industry or there has been an impact on government policy so you can then try and measure social changes. But these are all more indirect and nebulous thing to measure accurately.

Social scientists when they are being calibrated using the frameworks applied to hard scientists have a difficult time. This was an issue when I created the new team at Microsoft Research and I didn’t find any magic solutions. Sometimes I had to say to the engineers ‘trust my judgment. Let’s see if these people [the social scientists] have a positive impact on our research and the company’s business. Then you’ll see it was a wise decision of mine to bring these strange creatures onboard.

About the interviewee:
Andrew Herbert is former Chairman of Microsoft Research. 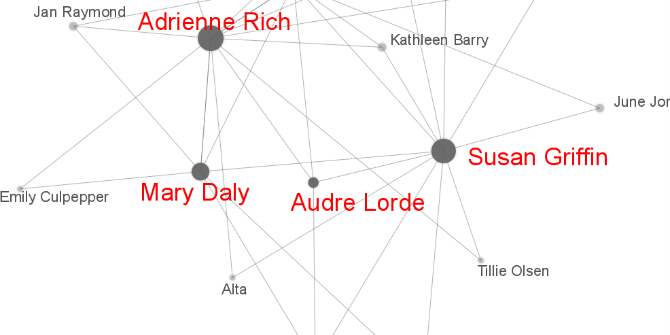 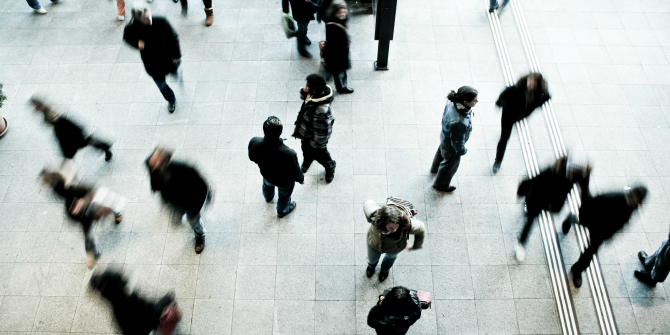