Charlie Beckett argues that if we are to understand the potential value of any piece of research we should not circumscribe its audience by academic gate keeping. Ideally the academic will be the journalist, though it might be that there is a ‘translator’ or a special structure – such as a think-tank – that can act as the journalist for the research.

Observation, investigation and deliberation are core functions of journalism that can fit into academic research paradigms. They can add dynamism to the often preconceived and over structured thought processes that the Academy encourages.

Journalism has to have its own methodology if it wants credibility. Generally it must include facts, reasoned analysis and a diversity of viewpoints if it wants to be taken seriously. It may not be as rigorous or transparent and accountable in setting out that methodology as academic research should be, but sometimes  journalism can be more critically astute. Limited notions of ‘common sense’ and ‘real world’ may often hinder journalism from taking a more thoughtful and reflective approach to a subject. However, journalism can often be more sensitive to the unevenness of systems as they operate in practice and especially of the irregularities introduced by the infinite variations of human relationships and personality.

Journalism incentivizes a more interactive relationship between the researcher and the subject and audience, presuming the researcher has reaching an audience or audiences as a goal. Journalism always starts from the basic assumption that it is a public act that seeks attention. Academics tend to disdain this, especially at its most extreme in mass media, but for credibility scholars also need at least peer attention and approval. Journalism as part of a research output gives this process a much wider and potentially deeper value.

The academic review process is, almost by design, exclusive and protectionist of the research it considers. Journalism, by contrast, invites broader consideration at different levels and from different constituencies. If we are to understand the potential value of any piece of research we should not circumscribe its audience by academic gate keeping. New communications technologies enhance the value of journalism in this process. They allow much more efficient and interactive publications on diverse platforms. The information can ‘travel’ through recommendation to find interested audiences by itself. Highly specialist research can discover larger audiences through the search algorithms of the ‘long tail’ and network effects. This can gather critical insights and additional data for the researcher as well as wider attention. The journalism becomes a research tool as well as a vehicle for dissemination and impact.

However, this all depends on having the right kind of journalism. What exactly that is depends on the kind of research and the desired audience. Journalism, unlike much academic publication, is capable of the required variety. To be successful though, it requires investment in terms of time and resources, such as training to produce good writing, design, and understanding of the many platforms, networks and tools now available to the ‘journalist researcher’.

Ideally the academic will be the journalist, though it might be that there is a ‘translator’ or a special structure – such as a think-tank – that can act as the journalist for the research. Ultimately, academic research can happily continue without journalism. But like that tree in the heart of the vast forest – does anyone hear it when it falls?

This article was first published on Charlie Beckett’s POLIS blog.

*This article was written in response to a request from Professor Andy Miah as part of the Creative Futures Media Academy Knowledge Exchange project. It was written as a piece of journalism in one draft off the top of my head without revision in 15 minutes. So it’s a product of my journalism but I hope shows some evidence of working in a University for the last few years. Comments more than welcome as usual.

The Elsevier petition is the academic equivalent of the Hollywood writers strike, and I applaud the senior members of our community who are providing leadership and showing the way. 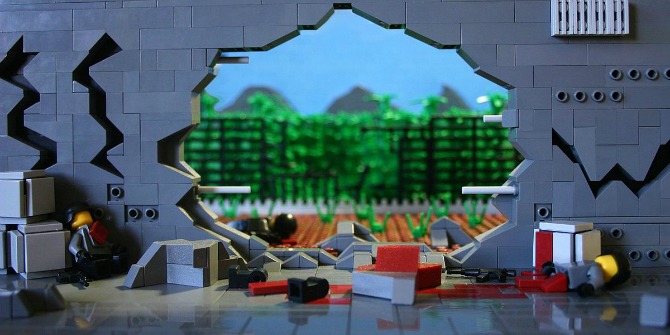