The lives of the ‘super-rich’ are often subject to media scrutiny but have rarely been examined by social scientists in any detail. Roger Burrows explains how a new project intends to rectify this, through an interdisciplinary study of elite enclaves within London.

With few exceptions, the very wealthy have not been examined in any detail; this despite the signal increase in their numbers globally, including in Britain, and widespread popular interest in their (mis)fortunes. There is also the suggestion that the super wealthy are ‘moving away’ from the larger ranks of the professional middle classes, and our project is designed to take forward these concerns in a developed, systematic and substantial way.

The number of individuals who might be considered as ‘super-rich’ can be operationalized in any number of different ways and as part of this project we will examine a range of these. One sensitizing conceptualisation is that offered in a 15-year series of reports by Capgemini and Merrill Lynch. These analyses distinguish between High Net Worth Individuals (HNWIs) and Ultra-HNWIs (UHNWIs). HNWIs are defined as people who hold financial assets in excess of $1million – so this excludes residences, collectables, consumer durables and consumables. In 2010 there were estimated to be some 10.8 million HNWIs globally with wealth totalling $42.7 trillion. UHNWIs – a subset of this group – are defined as those who have financial assets of $30 million or more. In 2009 it was estimated that there were just 78,000 such people across the globe (but holding over one-third of total HNWI wealth). The geographical spread of HNWIs is much as might be expected: 31 per cent in North America; 31 per cent in the Asia-Pacific; 29 per cent in Europe; with the residue located in Latin America, the Middle East and Africa.

The few empirical social scientific studies of the super-rich that do exist tend to be nested within the long tradition of studies of elites. This is an important literature, which informs our work, but the existing conceptual tool kit that this tradition provides, focused on corporate interlocks and social network closure, needs to be radically re-worked to allow an analysis of the dynamism and complexity of the materially rich metropolitan and globally-oriented class now inhabiting significant sections of global cities like London – home to a disproportionate number of the world’s billionaires.

Our approach is to extend recent empirical work – by Savage, Butler and Burrows amongst others – on what has come to be termed the ‘spatialization of social class’. This is the idea that rather than seeing wider social identities as arising out of the field of employment, it would be more promising to examine their relationship to residential location. Such an approach has already been drawn upon to extend the breadth of the spectrum of social class positions incorporated within a range of community and urban studies. The massive literatures on gentrification, on suburban life, on middle-class identities and attachments to localities and on domestic fortification and gating all contain elements that offer a considerable ‘push’ to incorporate the super-affluent within their analytic purview. However, the rationale for this project is that such studies have not yet fully encompassed profoundly wealthy individuals, their lifestyles, networks and their economic significance to the metropoles they tend to cluster within and around.

To this end we intend to apply approaches derived from the ‘spatialization of class’ literature to an analysis of neighbourhoods within which HNWIs, the rich, the wealthy and/or the affluent dominate. We will thus approach the very wealthy from the perspective of consumption and residence, rather than work, business and employment, where they are known to be reticent about being researched. The identification of such places is a complex undertaking, but for pragmatic purposes we can follow the lead of ‘commercial sociologists’ who have identified in their geodemographic systems postcodes that they have come to define as the ‘Alpha Territory’. In the most recent Mosaic geodemographic system, built by Richard Webber, there is a clearly-identified set of highly circumscribed areas containing:  ‘many of the most wealthy and influential people in Britain…people who have risen to positions of power in the private and public sectors, whether as owners of their own businesses, as bankers in the city, as senior managers in industry or as top lawyers, surgeons or civil servants as well as a small but influential cadre of celebrities in sport, the arts and entertainment’. Such locations cover just 3.5 per cent of all households and 4.3 per cent of all individuals in Britain and are increasingly concentrated in the London area, and in particular in fashionable central and inner London suburbs, but with outposts in Surrey and the Chilterns.

An approach that has an analytic focus on territories rather than on individuals will allow us to examine a number of important propositions found in the recent literature. These include, first, the suggestion that we are witnessing an increase in pro-active spatial dis/engagement by the rich; an increasing spatial retreat by the affluent; emerging forms of self-segregation; social insulation from what are perceived to be ‘risky’ urban environments; and a rising physical defensiveness to the homes and neighbourhoods of the very wealthy. We will thus focus on whether the wealthy elite exhibits concern with a broader civic project, or whether its relationship to location is largely instrumental and contingent. Thus a key driver for the project is a concern to advance the role of social science as a relevant commentator on those fractions of the class structure that are clearly perceived to be influential to the economies, urban centres and political networks they operate within. If the ‘spatial retreat hypothesis’ allows a purchase on these issues it is because it intuitively communicates a widespread social anxiety that the rich are finding ways of insulating themselves from the perceived risks of urban life; risks that may be worsening as a result of the kind of ‘post-crash’ austerity measures being put in place in cities like London.

In addition to exploring the extent of proactive socio-spatial dis/engagement by the affluent we will also set out to explore the extent and forms of attachment (if any) that wealthy individuals and households have to specific neighbourhoods and urban centres. Do they, for example, develop similar forms of ‘elective belonging’ as spatially mobile members of the middle classes? While the degree to which genuinely super-rich households are ‘footloose’ has often been cited in political debates about inequality and the taxation system, there is little in the way of empirical evidence to help adjudicate on the matter. How important is attachment to neighbourhood in ‘holding’ the rich ‘in place’? This is a significant question if we are to better understand the degree to which the super-rich feel that lifestyle and urban services are substitutable at urban and international levels. Linked to this concern we note the somewhat scant knowledge we currently possess about the links that the contemporary urban rich have with the arts; to galleries and other distinctive service infrastructures – the kind of ‘soft’ attributes of place often identified as influential in attracting a creative and innovative milieu.

Finally, related to this is an interest to discover the degree to which the wealthy are spatially embedded in proximate social networks. It has been suggested that the majority of their social interactions operate within socially similar networks – although this has not been detailed in empirical research. This suggestion has led some influential theorists to argue that, because of this, they tend to lack empathy with ‘others’, do not possess much in the way of social savoir faire when in the company of those who are not rich, and can come to favour punitive social policies as a result of the loss of empathy that might develop from leading such insulated lifestyles.

This interdisciplinary study – to be carried out by Roger Burrows and Caroline Knowles at Goldsmiths in collaboration with Rowland Atkinson at York, Tim Butler and Richard Webber at KCL and Mike Savage at the LSE – will run for 24 months, starting in February 2013. The study will combine geodemographic and statistical data analysis with detailed ethnographic and interview based case study work in up to six carefully selected case study neighbourhoods. 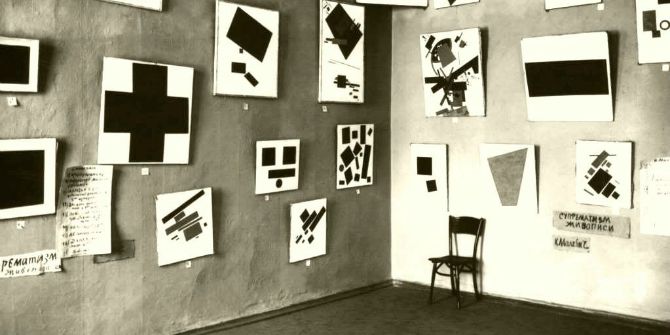