The Open Library of Humanities is a newly-launched project aiming to provide an ethically sound and sustainable open access model for humanities research. By coordinating the discussion and implementation of a community-grounded approach to academic publishing, OLH aims to create an outlet better able to serve academics, libraries, and the wider research community. Co-founder Martin Eve describes the current “ideas phase” of the project and outlines his vision of where it will go from here.

On the 9th of January, 2013, following an extended email discussion over the preceding winter break with various parties including Tim McCormick, Cameron Neylon, Mike Taylor and Martin Coward,  I launched a call for contact from people interested in creating a PLOS-style model for the Humanities and Social Sciences. The result was overwhelming. Before I’d even announced the site the domain name had leaked and I’d had close to 100 responses.

Since then, things have moved extremely quickly. Joining me in the formal “founders” list is my colleague at the University of Lincoln, Dr. Caroline Edwards, with whom I also worked on the Alluvium project and Tim McCormick, a consultant for Stanford Media X. The project, now officially called the Open Library of Humanities, has grown exponentially. I’d like to outline my vision for the project here, why I think this is a needed enterprise, how I foresee things operating and just exactly when they will.

To outline the backdrop against which my call sits, firstly, it’s worth saying that I believe that the problems we face in light of the UK’s Finch Report is that these are not new problems, but instead an unmasking. The “Serials Crisis” (the inability of university library budgets to keep pace with the costs of purchasing subscriptions to journals) has been a growing problem since 1986 but, because we as scholars are not exposed directly to these budgets, we often speak as if a limited pool of resources for publishing is a new phenomenon. Indeed, when Harvard says it can’t afford journals, we should all be worried. The shift to compensating publisher labour on the supply side comes with problems, but they are, fundamentally, not new problems; they’re already here.

Secondly, like many with an interest in the history of open culture (and software), I believe that Open Access is both an ethical and pragmatic necessity. This is an easy case to make in the sciences; after all, people’s lives may depend upon the quick development of drugs etc. However, I feel irked when people say that there is no need for this in the humanities, my academic field. I feel irked because, generally, these are the same people who want to make arguments for the importance of the humanities and the viability of our disciplines. These two statements seem incompatible to my mind. If we in the humanities are to demonstrate our importance and viability, people need to be able to read our material, especially if the material is taxpayer-funded or institutionally supported. It is, after all, the fundamental basis of taxation in a liberal society that those who pay should share in the rewards (or, in the case of national insurance, potential benefits should they need it) of that for which they pay.

Reconciling these two backdrops of a broken model and an ethico-practical necessity lead to the formation of the Open Library of the Humanities project, theoretically modelled on (but not affiliated with) the success of PLOS in the sciences. Clearly, given the response, I am not alone in thinking that this is a good idea.

One of the most important things that I need to stress about this project, though, (and this is an aspect that gives me a certain get-out clause for definite answers on “what we’re going to do”) is that I believe the effort must be community-grounded. Caroline, Tim and I will take leadership steering roles – projects need coordinators – but we have structured a system of committees whose memberships are being actively populated and it will only be in discussion with these groups in the coming weeks and months that we will decide exactly what approach to take. For instance: do we want to build a megajournal or should we opt for PLOS’ disciplinary breakdown? Should we go for both? What about multiple languages and non-English submissions? How can we re-think the weaknesses in standard peer-review to build something that is both entirely rigorous, but also constructive? These are the types of decisions that I believe a community of academics and publishing/library experts must debate until we form at least some basic consensus. After all, part of the problem with the existing model is the lack of academic agency in its structure; publishers can tend to impose and we merely consume. Instead, I propose that academics decide what we need and then build it.

In this light, we’re speaking to experts across the entire spectrum, from respected senior academics through to those in the academic library world whose knowledge of discoverability and digital preservation/safety will be crucial. Our Academic Steering and Advocacy Committee includes David Armitage and Peter Suber of Harvard, Kathleen Fitzpatrick from the MLA and Michael Eisen of PLOS, to give but a very small selection of names that will be known to this readership. Meanwhile, we have an excellent team of people familiar with Library and Technology issues alongside those with experience in Open Access sustainability and legal concerns, such as Sanford G. Thatcher, past president of the American Association of University Presses, Caren Milloy of JISC and Eelco Ferwerda of the OAPEN foundation. I can’t list everybody we have here, but need to stress that these are good people. They are also of sufficient seniority and held in such regard that, when the next round of whatever metric assessment is levelled at the academic community comes into play (REF, ERA etc.), we hope that this project, focusing initially on the humanities owing to the demographic of the bulk of respondents, will be regarded as a respected, high-impact outlet because exactly what we are building will be sanctioned, indeed dreamed up, by these respected, high-impact individuals.

This, I think, gets us around some of the problems of existing OA venues that also promise to offer “the” solution; we’re not a publisher imposition. Instead, to use a naff metaphor, we’re a group of individuals rafting the same way down the river and paddling together to avoid the rocks. To address how we differ in the sense of Green vs. Gold, though, I’ve always thought of Green OA as a nice patch for a broken system; it doesn’t fix the already-messed-up economics but it does ethically provide OA. Gold OA, which is, by the way, not synonymous with Article Processing Charges (despite what some publishers might like you to think), seems a far better solution to me; we just have to ensure that the transition period is as rapid and pain-free as possible and that, then, when we are in action, we operate a non-exclusionary model.

As I mentioned, I can’t say for sure what the outcome of discussions with the finance committee will be, but I can say that, as a bottom-line, absolute minimum, I will not be involved with a project that will not waive APCs for those who cannot afford them and I would feel deeply uncomfortable working towards anything that was profit-driven; I want universities, academics and the general public to benefit from academic research, not private shareholders. PLOS implements this APC waiver, no questions asked and we are budgeting, in our initial funding thoughts, for a degree of capital that will make this possible. The personal view that I will be taking to these committee meetings, though, is that the original Budapest Open Access Initiative Statement makes provision for means of funding Gold OA through, for instance, institutional subsidy. This is a route that I would strongly like to explore and which could eradicate entirely the humanists’ horror and unmasked problems of the up-front payment-for-labour model.

We’ve had a whirlwind few weeks. The challenge now is to maintain that energy and get people talking to each other with the practical aim of bringing an “ideas phase” to a close in the middle of this year (although that’s disingenuous; the ideas phase has to be indefinite and constant, I just mean that we’ll be actually building it by then). To that end, we’re scheming up forums, both physical and virtual, to begin the necessary pre-dialogue while we speak to interested funders. We’ve also just launched a “pledge to publish” campaign so that people can express their support in a tangible manner and further the momentum. We believe that a scholar-designed, library-supported, ethically sound and sustainable Open Access model for the humanities can be done. However, as I’ve stated elsewhere, I believe that the key to this does not lie, first and foremost, in building the best software, in having the best technical solutions. Instead, it is the people who matter. I hope that you will consider this an invitation to sculpt the future of academic publishing in the humanities. We hope that you will join us.

Dr. Martin Eve is a Lecturer in English Literature at the University of Lincoln. He blogs at https://www.martineve.com. 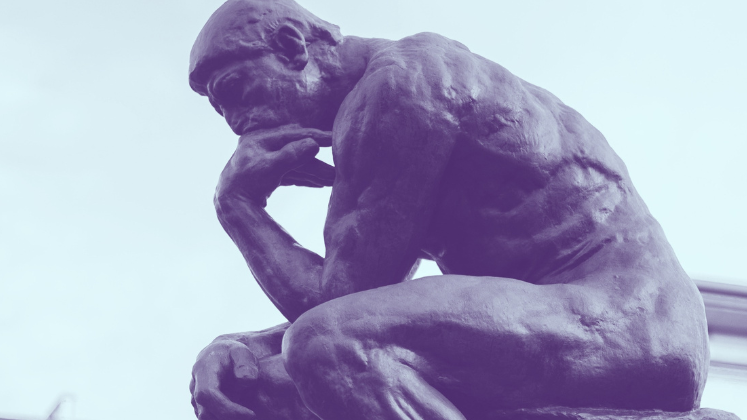