The widespread perception that publishers are ripping off their customers must be addressed. Anthony Haynes argues that, rather than an open access model, a co-operative publishing model would be a more welcome component to the industry mix. As scholars and libraries themselves partake in mutual ownership of journals, books and grey literature, there would be little incentive for high profits to accumulate unnecessarily.

I’m a member of The Co-operative Group. The group, which is the UK’s largest mutual business, is owned  by its customers – over 6 million of them.* The Co-op runs grocery stores, pharmacies, and travel agents and provides a range of services, including childcare, funeral services, and legal services. Each year I receive a dividend payment representing my share of the profits, calculated in proportion to the amount that I have spent as a Co-op customer.

In a recent article about the survival (indeed, growth) of the Co-op in the recession, The Economist magazine makes an interesting point about the appeal of the Co-op’s funeral care business. Generally, consumers have limited knowledge about funeral costs. When bereaved, they don’t want to stress of having to research such costs. Equally, they don’t want to be ripped off. The Co-op provides consumers in this position with a solution: the risk of being ripped off is mitigated by the fact that the Co-op’s owners, as themselves customers, have little incentive to (as it were) rip themselves off. The group’s mutual ownership thus provides reassurance to customers.

Recently there has been much discussion about scholarly publishers’ prices and costs. There is a widespread perception that some publishers are ripping off for their customers. As I’ve argued in posts here about open access (OA), I think much of this discussion is poorly informed and poorly reasoned. Nonetheless, such perceptions persist and that in itself constitutes a problem.

OA publishing doesn’t constitute a total solution for scholarly publishing. I won’t repeat in detail the arguments from my previous posts: suffice it to say that the OA model presents a problem to authors whom lack funds; moreover it’s difficult to see how OA in fact saves costs, at least without producing an industry that is under-capitalised or under-marketed. The situation is crying out for co-operative publishers as a component of the industry mix. Imagine a situation in which a co-operative publishing house sets out to service a particular discipline (say, for the sake of an example, qualitative studies in health care).

Nobody need join the co-op – anybody is free to buy the publications whether or not they become members – but anyone who does buy them may join. Scholars and libraries active in the field would have a vested interest in doing so, namely that at the end of each year they will receive a share of any provide.

Co-operatives supply such goods and services as groceries, childcare, funerals, travel, banking, insurance, and legal services. What about journals, books and grey literature too? If the publishing house charges high prices, this may produce high profits: but in the event that it does, libraries and readers need not fear that their budgets are being denuded for no good reason: such profit will be returned to them.

This article was first published on the Monographer blog.

Anthony Haynes is the Creative Director at The Professional and Higher Partnership Ltd – publisher of the Creative Writing Studies imprint. 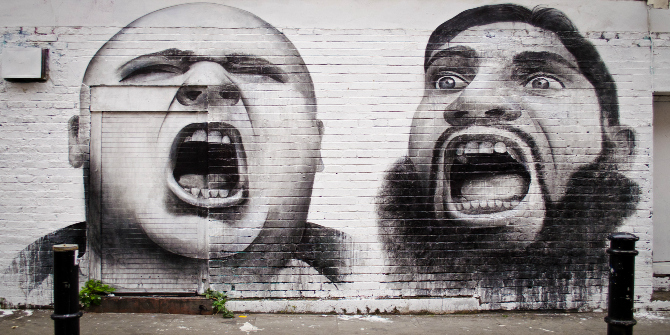