Steven Fielding finds it bizarre that academics spend so much time producing knowledge, which they then share only with a tiny number of people. Radio documentaries are a great way for academics to break down the ivory tower image. It offers a new environment and the opportunity to work with other disciplines and expertise while reaching a much broader audience.

In 2010 I made Dramatising New Labour, a documentary for Radio Four’s Archive on 4 strand. It got some good reviews. Really, it did. The documentary was about how New Labour has been depicted on the screen and flowed from research contributing to this book and especially this article.

This was the first time I’d ever done such a thing and as I am about to start work on another radio documentary I thought it might be interesting to reflect on the experience and write progress reports on the new project. Increasingly academics are expected to make an ‘impact’ in what some call (dreadphrase) the ‘real world’, as if universities are part of a surreal universe, which (for the most part) they are not. Academics are even being formally assessed on their ‘impact’ in the next Research Excellence (so-called) Framework.

Even before the imperative of ‘impact’ however I never saw my work as something just for the ‘ivory tower’ (another dread phrase). I was frustrated that my academic work disappeared into a black hole, one too often consisting of a few nick-picking pedants – not that I am bitter. As a historian, primarily, I had been inspired to take up the subject by A.J.P. Taylor rather than his many snooty academic critics.

I nonetheless arrived at Nottingham in 2007 having done little media work (mostly consisting of interviews with a Polish journalist usually conducted on a variety of noisy trains). However one of my new colleagues, Phil Cowley, had worked with a Radio 4 producer who was looking for programme ideas. I keenly exploited Phil’s contact, one he was happy to share.

How did I get my idea on Radio 4? The procedure was and remains simple. I sent in a pitch – a couple of hundred words – to the producer who either suggested it didn’t work (fairly common, that) or (more rarely) that it needed a few tweaks but had possibilities. If the latter, he submitted a revised pitch to a mysterious committee, which I like to imagine consists of people called Pericles and Ambrosine. This body then says yes or no – usually for reasons shrouded in intrigue.

After a handfull of pitches I got lucky with Dramatising New Labour. That, it transpired, was the easy part. You might know how to make a radio programme but I certainly did not. Fortunately I was assigned Jane Ashley as producer who took me through the process and did 90% of the work turning my 200 words into 60 minutes of radio. Jane it was who let me into the secret that Radio 4 was ‘stand up radio’, so I had to imagine the audience doing something else (I dreaded to think what) while listening. She even arranged a session with a voice coach so as to make my speech more interesting.

Jane also took the initial lead when we discussed what clips should be used, who we should interview and how to construct the script. She even held my hand when I interviewed the big names she managed to persuade to participate, an experience I found intimidating – what, me ask Alistair Campbell questions? Putting it all together was also an intensive experience through which she guided me, although Jane never quite overcame my inability to correctly pronounce ‘Armando Iannucci’.

If nerve-wracking, it was however a great experience: I cannot emphasise that enough. After all, I was working in a new environment with new disciplines, talking to new people and taking my work to a new audience. And I learnt a lot about how to present my work, something from which my lectures have hopefully benefitted.

Since 2010 I continued sending in pitches, until finally Ambrosine et al accepted another one. This time I will be talking about political dystopias and conspiracy thrillers. I had my first phone chat with Jane this week, and the emails have  started to fly. More of that, in others posts.

Of course, I will be working on the documentary while teaching, finishing a book and doing all the other stuff academics are expected to do in the increasingly crazy world of UK higher education (thanks, David Willetts!). Many academics rightly resent our increasing workload and the spiralling of expectations so doing the documentary on top of everything else is a commitment not everyone can take on.

Some might think, then, that I am a lackey of The Man, doing the documentary to generate some further ‘impact’ for the REF. In fact, I’d do it without the institutional ‘impact’ imperative – although it is nice that such work is now formally recognised, rather than in A.J.P. Taylor’s day denigrated. People like me should try to make a connection with as many as possible: surely it’s bizarre that academics spend so much time producing ‘knowledge’, which they then share only with a tiny number of fellow geeks – and students?

I would however be dishonest to claim that it is a sense of duty that ultimately motivates me. I do it because (whisper it) I enjoy it: it’s great fun and I am so glad to be able to do it again.

About the author:
Steven Fielding is a Professor of Political History and Director of the Centre for British Politics at the University of Nottingham. Steven’s research interests include the ‘crisis’ of trust in politics, the fictional representation of politics and the British Labour Party. He has written for the Guardian, the BBC and In July 2010 he wrote and presented a documentary on Radio 4, ‘Dramatising New Labour’. 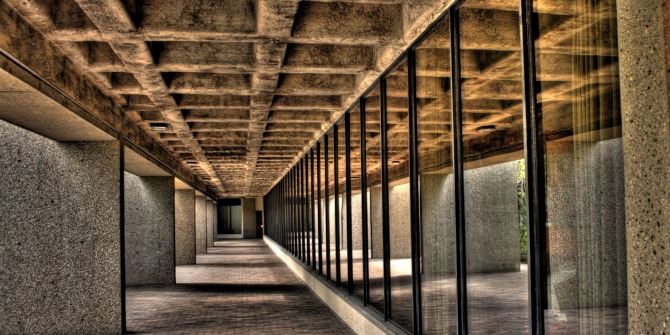 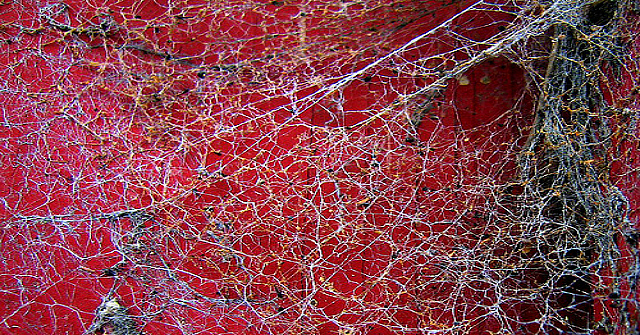 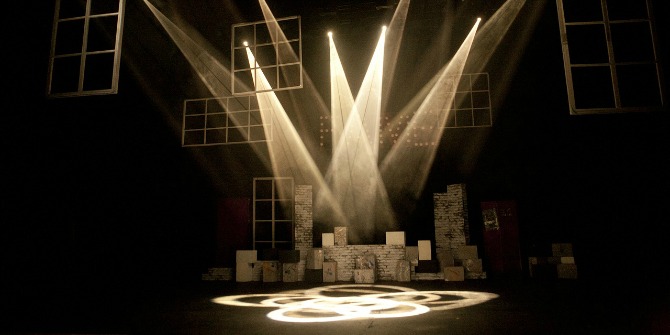 How to win at academic presentations: top tips on what to say and how to say it.