From its inception in 1991, the National Curriculum has been subject to many government reviews, conducted through largely clear and open frameworks, inclusive to the diverse range of expert voices. Ben Walsh charts the progression of the current review under Michael Gove and remains highly critical of the review’s findings given the contradictory advice provided by the Expert Panel and large body of Historical Association evidence.

It has fallen to me, in my last few weeks as Deputy President of the Historical Association, to contribute to this blog and present the HA’s perspective on the debate over National Curriculum History. I use the term debate cautiously, as with hindsight it appears that no debate was ever really intended. The process has left many of us in the history community, whether teachers, academics or general interest historians, feeling pretty jaded. So much for the democratic process …

When a new government was formed in 2010 it was no secret that change would be coming to the education system. The Historical Association waited patiently for some inkling of how the new Secretary of State was going to manage the review this time. The National Curriculum had been in place since 1991 with new iterations in 1996, 2001 and 2008. It was constructed under a Conservative government, skilfully crafted by Kenneth Baker working with experienced specialists in the civil service. Each review had been carried out using a clear and open framework. In each case, the process brought together history teachers who had taken practice forward, professional historians with knowledge of school history and leading educators from our national museums and heritage organisations. These ‘expert groups’ were known, accountable and worked to a clear timetable.

In contrast, the current review has been murky, shambolic and unworthy of its predecessors in terms of clarity if nothing else. By late 2010 we were still waiting for some sense of the process which would take place. Literary festivals in the summer and autumn of 2010 had seen the recruitment of Simon Schama and Niall Ferguson. David Cannadine was then added to the mix. Quite what the process would be was still shrouded in mystery.

When the DfE put out a call for evidence to support the review process, we dutifully collated vast quantities of evidence.  It might be worth pausing at this point to inform readers not involved in these consultations what a huge amount of work it is to pull together a consultation document which represents the views of 6000 primary and secondary teachers, academics and lay people with an interest in history. This is made more difficult by the rigid and prescriptive nature of the consultation document which attempted to turn the disparate views of those being consulted into a manageable body of data which the Expert Panel could analyse. In short, HA volunteers gave up weeks of their time to complete this document in the recognition that this was their best opportunity to inform the powers that be of the complexities of teaching history on the ground. We were especially anxious because such noises as were emerging indicated that the principal thrust of change in history would be in the form of a new curriculum. Our original submission is published on our website.

The advisers who took the trouble to consult with teachers and observe lessons, principally David Cannadine and Simon Schama, soon began to urge the government that the curriculum was not the real problem. Of course there was good practice and weak practice in history teaching. But the real reason that students were less well versed in history than we would like was that they rarely got to study history. The subject was being eroded by a range of approaches and innovations in schools which were marginalising the subject. Few students enjoyed more than one hour a week of history, often taught by non-specialists. Their findings were underpinned by the annual HA survey, History in English Secondary Schools, which had been showing alarming trends towards reducing history teaching from at least 2009 and by Ofsted in the 2011 triennial report, History for All.

Boosted by the support from Cannadine and Schama, we were then pleased when the Expert Panel reported in December 2011 and largely endorsed the HA’s position on proposals for revising the history curriculum. Furthermore, we were delighted to see much of the evidence we had cited being used directly in the report of the Expert Panel.

It was with some dismay then, the Expert Panel and its findings were effectively dismissed. By the summer of 2012 it seemed that the Panel’s report was being quietly airbrushed away. Certainly there was no obvious process or consultation, beyond confidential phone calls from civil servants to various individuals but once again with no clear sense of the basis under which these consultations were taking place. To be fair, there were meetings between HA representatives and Schools Minister Nick Gibb, as well as ongoing contacts with DfE officials. But at any given point it was very hard to see what process was taking place, if indeed a process was taking place at all. The role of the historian advisers was also unclear. As we sit here in 2013 only Cannadine remains firmly engaged with the process, although his blistering critique of the government’s proposals for the history curriculum and the attitude and actions of the Secretary of State, suggest that he may not be invited to many more meetings.

And so to early 2013 with the release of Gove’s proposals for a new history curriculum. In keeping with the opaque nature of the process, nobody seemed to know where the proposals had come from. Steve Mastin, a history teacher, was consulted on this final version of the document before the proposals were published. According to him: “Between January (2013) and the publication of this document – which no one involved in the consultation process had seen – someone has typed it up and I have no idea who that is. It would be scary if we become the only nation in the western world to not teach anything beyond our shores.” Even Steve himself is unsure about the basis upon which he was consulted. He is a history teacher. He is a significant figure in the Historical Association. He is also a very active member of the Conservative Party. It could be any or all of these roles which led to Steve being consulted. We simply don’t know. Freedom of Information requests have been sidestepped, none too subtly. Is this a way to develop a curriculum?

So what of the proposals, whoever their unknown author might be. To begin with, history remains an optional subject post 14; despite recommendations from the Expert Panel and many others. Thus one of the great bugbears – the repetition of some history, usually 20th century history, when students take GCSE courses, remains enshrined despite the Secretary of State’s regular criticism of this situation. The curriculum proposals take historical topics up to the end of the twentieth century by the time a student is 14. How can teachers not repeat something for students who choose GCSE as an option? This of course is but one issue in the general furore created by the proposals. The HA has made a clear statement of its objections to the proposals which might be briefly summarised as:

So it is not a happy tale, and we await how the Secretary of State will respond to the mountain of (largely critical) feedback which his proposals have attracted, despite the short time allowed to consider and respond. We have collected hundreds of responses from teachers – teachers in the new academies, teachers in comprehensive schools, in grammar schools and in the independent sector – they overwhelmingly reject this curriculum. Only 4% thought it was a positive change.

Whether or not such evidence will be listened to remains to be seen, but recent history does not provide much comfort. Late in 2011 I heard Gove make a speech in which he trumpeted the value of history for its ability to help young people handle information effectively and see through propaganda. And yet he seems blind to the irony of his statement. To begin with, in that same speech he made a number of comments about GCSE history which were simply untrue. He also attempted to contradict the findings of a three year research project headed by Professor David Cannadine (published as The Right Kind of History Palgrave Macmillan) by citing a survey by Derek Matthews a professor of economic history who lecturers on university economics degree schemes. The Secretary of State therefore felt that Cannadine’s research and the results of a five question quiz taken by 284 economics students were apparently of equal merit. Most serious historians would probably have serious concerns about such a view. And yet only this week on Channel 4 news former Schools Minister Nick Gibb was still citing this evidence. Is that all the government has as a foundation for its proposals?

As a final thought, the hand of history weighs heavy as I write this piece because the funeral of Margaret Thatcher has recently taken place. I have been struck by the debate about her legacy. It reminded me of the debates historians still have over Oliver Cromwell. And this makes me pause for thought. If Gove should come to merit consideration by future historians, what comparisons might they draw? Effective leaders like James I, or Winston Churchill, or indeed Margaret Thatcher, loved to play up their power and strength. In the case of James I it was his Divine Right to rule (never really challenged despite widespread contemporary unease about his ‘favourites’). Thatcher and Churchill gave us the impression of imperious and almost omniscient leaders but in reality they understood that they had to compromise, do deals and work with their peers, officials, specialists, business people and technocrats even as they created a mystique that such was not the case. One reason why Churchill was a superior leader to Hitler was that he would never overrule his generals. He would certainly give them a very hard time if they contradicted him but he would then give in, albeit sometimes with bad grace. Charles I on the other hand, only bought the glamour of Divine Right and not the complex deal making which made Divine Right work in reality. As a result the kingdom imploded and his rule failed. If Gove thinks he can prescribe a new curriculum and it will simply unfold according to his vision in the classroom then he could probably do with taking a leaf out of the book of truly effective leaders like James I, Churchill and Thatcher rather than following the example of Charles I.

Ben Walsh is the Deputy President of the Historical Association and in this role has been heavily involved in the HA’s response to the curriculum review. He has been involved in teaching history in UK for over 25 years as a teacher, head of department, teacher trainer and now as a freelance trainer and author of textbooks and online resources for the UK National Archives, BBC and many other organisations. His research interest is in teachers’ use of technology in history teaching and its effects on student motivation and learning. 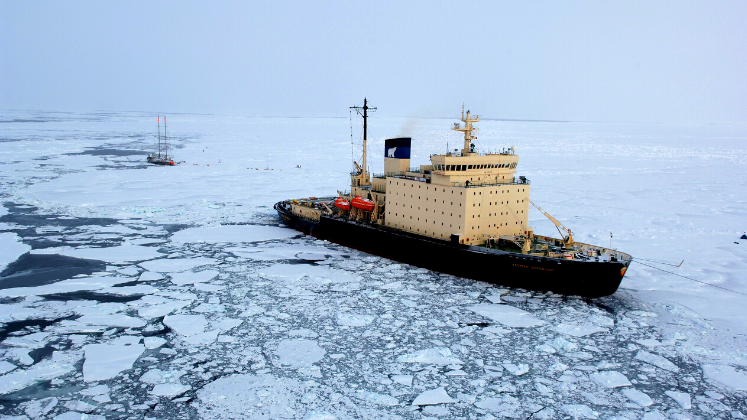