Amidst the time-consuming intensity of compiling submissions for the Research Excellence Framework (REF), Athene Donald reflects on how the necessity of demonstrating research impact has been understood over the years. While there are even identifiable shifts from 2008’s RAE assessment, more substantially divergent is the 18th century view where practical applications of research could actually do great damage to the status and funding of a researcher.

Up and down the land, academics from Vice Chancellors down are sweating over 3 letters: REF. This dread acronym, standing for the Research Excellence Framework, must be absorbing a fantastic number of hours of time for many people and it is not something to be taken lightly. Many millions of pounds are at stake, as well as departmental honour. Some aspects merely require simple metrics – such as on PhD student numbers and grant income from different sources – but others are much more challenging to construct. Long narratives are required about the environment in which we work and how we ensure it is an appropriate and supportive place for everyone. HEFCE guidelines make it very clear that they want to hear about diversity issues this time around and have acted sensibly (in the end) about reducing outputs for women who’ve had time out on maternity leave. We need to describe our strategic plans and how well we’ve accomplished what we said we’d do in 2008 during REF’s predecessor the RAE (Research Excellence Framework). Staff have to choose their ‘best’ 4 outputs, without using journal impact factors as the crude measure of what makes ‘best’ – although not everyone is convinced that institutions are abiding by the rules on this one (see here and here).

Most of this is comparable to what happened in the RAE, although with some shifts in the emphasis and detail required. What is different is the new section on ‘impact’. Impact in the sense of something rather tangible coming out of research carried out in the previous 15 years. It isn’t sufficient to say that a patent was forthcoming unless that patent spawned a spin-out or a product on the market. Simply having done a lot of outreach isn’t going to count unless you can show somehow the outreach led to a measurable change: a fiendishly difficult challenge to link attendance at a splendid school’s talk or an evening at an observatory to an upturn in astronomy degrees awarded, for instance! So, impact in the REF sense is very different from impact in the RCUK sense of ‘pathways to impact’. REF wants impact signed and delivered, with a stress on both ‘reach’ and ‘significance’; RCUK grant proposals only require the alleged promise of impact tomorrow.

I chair my local Unit of Assessment’s REF panel and my summer will be consumed, I fear, by sorting out the details of our submission. I guess it makes a change from the summer I spent reading everyone else’s outputs because I was on the RAE panel itself, but I’m not sure it’s actually an improvement. I had thought that summer of 2008 was difficult (it also involved some extraordinarily wet stays in the Lake District where our panel meetings were all held. I couldn’t savour the location because the location was constantly shrouded in low cloud and horizontal sheets of rain) but this time the weight of responsibility feels very different, indeed even more substantial.

Recently, what has struck me forcibly is what the passage of years can do to transform acceptable behaviour.  I am currently reading a rather old (1992) book by Jan Golinski called Science as Public Culture: Chemistry and Enlightenment in Britain 1760-1820. The first main chapter discusses William Cullen  and Joseph Black, two early professors of Chemistry in Scotland during the 18th century. Both were determined to be free of any taint of ‘projecting’, a word in its day associated with the sordid practice of making money, doing nefarious deals and taking out patents.

Projecting was seen by many as something associated with the mercantile class rather than as an appropriate activity for men of intellect; the kind of dodgy deal people associated with this sort of action might be exemplified by the South Sea Bubble, clearly a distinctly dubious operation. Nevertheless it is striking that these early professors of chemistry felt their reputations would suffer if they did anything that could smack of projection. Despite the importance of chemistry for fields such as agriculture, dyeing and bleaching, all very important to 18th century commercial activities, it was not regarded as comme il faut to get too close to these practical matters. Projectors were not gentlemen and could not expect to receive aristocratic patronage, important to impecunious academics, so the practical side of Cullen and Black’s research had to be played down, to be made to look as if it was less useful than it was, so that their standing was not damaged.

Golinski says the following of Cullen

‘Practical achievements were highly problematic, and a maladroit insistence on the relevance of chemical theory to practice could be taken for arrogant projecting or self-serving puffery.’

As I read the book, it must have been a very fine line to tread between being thought to be not-quite-a-gentleman who was at risk of ostracism, and actually doing something useful with the subject. For chemistry, a discipline that was barely taught in English universities (i.e. Oxford and Cambridge) at the time, the usual emphasis was on chemistry as relevant to medicine – something that was of course acceptable although extremely empirical.

Times have changed radically. Now we all are scraping around trying to prove, not only that our research has potential for the future, but that we already have done something significant with it. Not everyone will view it as a badge of honour to have produced a tangible outcome from their research, as comments on this blog make very clear. It is, however, something likely to find favour with a head of department in the current climate. Even more so if it is an outcome worth quite a bit of cash – whether that cash is for the originator/inventor or someone else. Funders also are putting a high premium on such matters, because they see the demonstration of impact of funded research as a powerful argument with Treasury, rightly or wrongly. It is of course the case that I doubt any academic worries over much as to whether they are considered to be gentleman (or ladies of course), so that particular pitfall has ceased to be relevant. But the attitudes of the UK powers-that-be to doing something useful has been totally transformed into a world view where utility may sometimes seem to override any other consideration.

This was originally posted on Athene Donald’s personal blog and is reposted with permission. 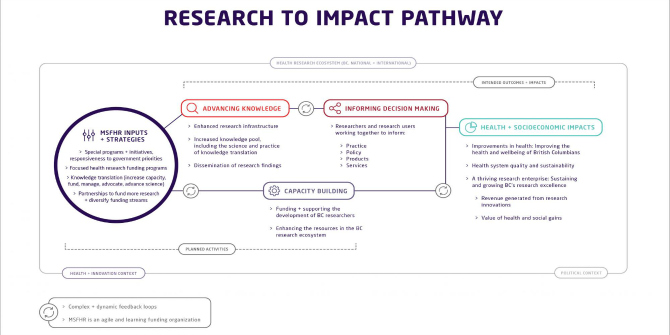 Can we have it all? Navigating trade-offs between research excellence, development impact, and collaborative research processes