Research communications may be moving into a new era but the language used to describe these concepts in many cases has not. Caroline Cassidy points out the failings of the word ‘dissemination’ in supporting the far more nuanced process now necessary for effective and influential research uptake. Better language is needed to move beyond basic box-ticking to take advantage of these new opportunities.

“We should ban the word ‘dissemination”: I was facilitating a workshop session the other week for a group of researchers and before I could stop myself it just came out. They laughed, we discussed and we moved on, but while I don’t really advocate for a complete ban, I do have some issues with the term, its connotations and its relationship to the research communication family.

My first issue stems from the fact that dissemination, in the traditional sense of the term, means one way linear communication, for example: you write a report and then send it out all your contacts via an e-newsletter. Like throwing a stone in a pond, there are ripples, it could go quite far, but you are never quite sure where it is going to land and what it might do. There is nothing wrong with this, but it is just one small part of research communications rather than the final word. We now know that effective communication is multidirectional, interactive and iterative.  Yet, ‘dissemination’ is still bandied around regularly in this sector.  And that’s where we get to the crux of my problem with the term. Using the word ‘dissemination’ often implies a form of ‘lazy’ communication. There are still researchers, practitioners and even the occasional donor involved in the research to policy process who focus on ‘dissemination’ rather than ‘communication’; something that happens late in the process and, if you are lucky,  reaches as many people as possible (breadth rather than depth) in a quest for visibility.

This leads on to my next point: the idea that visibility and quantity mean a good communications job. I’m certainly not saying that you shouldn’t work on your profile –  it builds credibility and allows your audience time to understand what you are trying to do and where you fit in (in fact I’m doing just that right now for a programme as it starts up). And if you need impact with civil society, for example, then social media dissemination could be a critical way to get there. But these actions should be informed by strategy: not everyone needs to go public or have a vast database of contacts. If your goal is to influence behind the scenes; then why do you need an e-newsletter or to just produce reports for the sake of it?  This view can mean that communication experts can unwillingly get caught up ‘disseminating’ left, right and centre to tick boxes, even though they know better.

It all depends 100 per cent on your communication and programme/project objectives. What you need is a well-planned communications strategy from the start; to carefully throw that stone in the right direction so that it has the greatest chance of hitting the target and having the greatest impact. You might need to move round the pond to place yourself better (go to find the places where your audience is at, either physically or virtually on the web) and crucially you need to know what else is going on in the pond.  In other words, you need to not only think about communications early on in the life of the research (even if most of your real efforts happen later), but start having that ongoing conversation with your audience(s) as early as possible so that they are ready, primed and above all engaged. A communications colleague said the other day that if you’re not talking and listening to your audience from the beginning, what right do you have to assume anyone is going to listen to you when you have something to say – you’ll be addressing an empty room.

It is also important to assess your role in a broad process of Research Uptake. Donors like DFID and 3ie have been instrumental in driving forward this integration of research uptake, communications and M&E in their projects and programmes. Dissemination, because of its nature often doesn’t take context into consideration; the context of your research, your objectives and your audience. But if you start by thinking about your context from the beginning and come back to it throughout your strategy, it’s amazing how other parts of the strategy fall into place. Then you can make an informed decision if dissemination is an integral part or simply a red herring. Finally, you need to monitor and evaluate what you are doing (formally or informally), as this will help you to adapt and alter the strategy as necessary. Communications is, after all, an art not a science.

So I know I am probably being pedantic about a simple word, but it can be dangerous: research communications is moving into really interesting territories thanks to the web, new technologies, new studies and lessons learned in the sector. So when we talk about communication, let’s reflect that diversity and only say ‘dissemination’, when we really mean it.

Caroline Cassidy is a Communications Research Officer for the Research and Policy in Development (RAPID) team at ODI, and Communications Manager for the DFID-ESRC Growth Research Programme (DEGRP). She specialises in policy engagement and research communications, and has advised on a variety of projects and trainings for organisations including IDRC, 3ie, Trust Africa, the South African Presidency (PSPPD), the Islam Research Programme, WOTRO, the Mekong Economic Research Network (MERN), and the Center for Inclusive Growth Nepal.

A recipe ripe for success: why Google+ will work for Higher Education 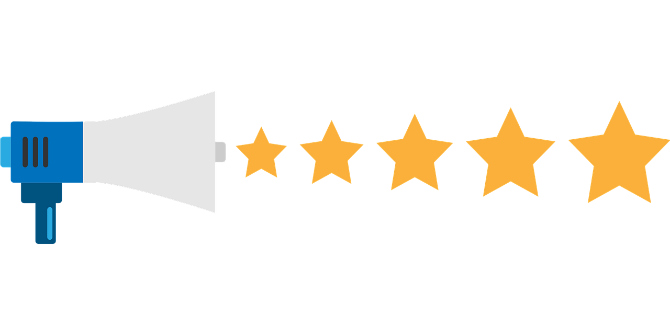