There are still serious flaws to the UK government’s policy on open access, argues Frederick Friend, particularly in how it has prioritised a system with article processing charges (APCs) as the main vehicle for the publication of research. The recent Parliamentary BIS Committee report has recognised these flaws but it is unclear whether balanced change to the policy is afoot. Universities should continue to insist on a system that operates without artificial restrictions imposed by publishers.

Open access to publicly-funded research journal articles has been growing steadily across the world over the past ten years, and the value of unrestricted use and re-use of research results to current and future researchers is widely acknowledged. Independent journalist Richard Poynder has charted both the progress in adopting open access and “what more needs to be done” in a series of interviews available at his website. Surely the steady progress towards full open access would continue, with increasing awareness of the value of open access and an increasing number of university and funder policies requiring researchers to make their publications available on open access? We had not reckoned with the support for a particular route to open access from the UK Minister for Universities and Science, support which threatens to undermine the good progress to date.

The problem for open access developments in the UK is that Rt Hon David Willetts MP stepped into the steady progress that was being made with ready-made views of his own about how open access should develop, outlining those views to the Publishers Association on 2 May 2012. A few months earlier he had set up a group to consider the way in which open access should be implemented, the membership of the group chosen carefully to reflect the Minister’s priorities of protecting the UK publishing industry and the large learned societies with publishing interests. Surprise, surprise: the report of the Finch Group followed the Minister’s own stated views very closely. No doubt the Minister expected nothing but praise for the Finch recommendations and less than one month after the publication of the Finch Report announced the Government’s acceptance of the main recommendations. A wise Minister would perhaps have waited to see if some differing views might be expressed, for as soon as the new policy was announced, the e-mail lists and blogs were full of critical comments.

The UK academic community is now living with the perverse effects of the Finch Report, the Ministerial statement accepting the Finch recommendations and their subsequent application in the Research Councils’ policy on open access. The key policy change recommended by Finch and accepted by the Minister was that “a clear policy direction should be set towards support for publication in open access or hybrid journals, funded by APCs, as the main vehicle for the publication of research”. The effect of this hasty decision has been to:

Is there any hope of a change in Government policy?

Many of the flaws in the UK Government’s open access policy have been recognised by the Parliamentary BIS Committee, which in a report dated 10 September 2013 described the Government as “mistaken” in focusing on publication in APC-paid open access journals as the route to full open access. Despite this clear message to the Government, UK governments are not known for their willingness to change policies in response to a parliamentary committee. There is a long history of publisher lobbying of BIS, and the lobbying machine will already be in overdrive to persuade David Willetts to keep to his policy. The big learned societies with publishing houses making substantial profits have also been active in supporting the Government’s policy. No evidence has emerged that those societies would be at risk if the Government did change its policy towards a more balanced repository/journal publication policy. Even before the Finch Report the evidence was there that a balanced policy of support for university repositories as well as for open access journals is the most cost-effective policy for universities, for researchers and for the taxpayer. Will the Government be strong enough to resist the pressure from vested interests and follow the evidence? We shall know the answer to that question within a few weeks.

What can universities do?

Publishers are not the only organisations able to lobby Government! Universities can tell David Willetts that they want their researchers’ publications to be available through an open access repository without unnecessary delay. They can point to the fairness of a policy which would require deposit of a journal article in a university repository on the date of publication with release on open access after six or twelve months, dependent upon the subject of the publication. Universities can also ensure that their own open access policies are in good order, so that no government is able to use a lack of commitment within a university as a reason to adopt a policy bad for universities. In negotiating with publishers individual researchers should be encouraged to retain the rights researchers need to use and re-use research publications. Open access is about publicly-funded research being made accessible by researchers, their institutions and their funders, without artificial restrictions imposed by publishers. Open access is worth fighting for!

This post is part of a wider collection on Open Access Perspectives in the Humanities and Social Sciences and is cross-posted at SAGE Connection. We will be featuring new posts from the collection each day leading up to the Open Access Futures in the Humanities and Social Sciences conference on the 24th October, with a full electronic version to be made openly available then.

Frederick Friend was appointed as UCL Director Scholarly Communication (now Honorary) after a long career in university libraries, including library director posts in two UK university libraries and undertakes consultancy work for the European Commission and other organisations. He is one of the founders of the Budapest Open Access Initiative. 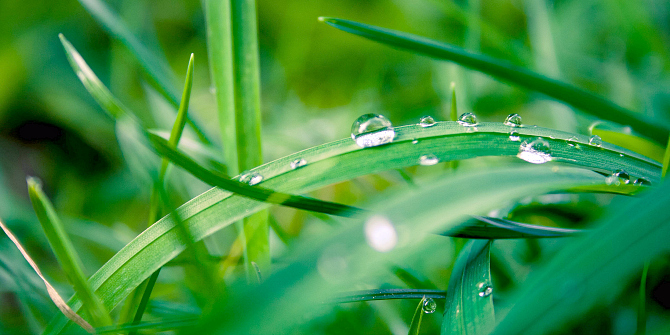