More children experience separation from a parent through imprisonment than through bereavement or divorce. Despite the sheer size of the problem and the repercussions for these children and society, there has been little research conducted into how these children are affected psychologically and emotionally. What research there is indicates that, compared to their peers, these children are three times more likely to develop mental health problems, anti-social delinquent behaviour and other adverse outcomes. There has also been an accompanying lack of public and policy interest in the plight of children of prisoners. This was the backdrop to the inception of the COPING project – we wanted to conduct much needed research into this area, but also increase public and policy interest to ensure that the research resulted in real impact. The strategic approaches we focused on to create impact and produce practical recommendations were key to the success of this project.

COPING instigated a major pan-European research agenda for this very large and under researched group of children, providing scientific data on children with imprisoned parents on an unprecedented scale. Led by the Centre for Applied Childhood Studies at the University of Huddersfield, COPING brought together an international team to study the characteristics, vulnerabilities and resilience of children with a parent in prison in four very different European countries; Germany, Sweden, Romania and the UK, as well as providing partners in France and Switzerland. This provided a unique test-bed for the development of impact on a European scale. We wanted to understand how the imprisonment of a parent really affects the child, and how the implementation of appropriate support could make a real difference.

We found that the reality of losing a parent to prison means not only enforced family break-up, but often financial hardships and experiencing stigma and secrecy, often leading to adverse social and educational repercussions. We created an evidence base for the development of policy and interventions where little existed, and identified gaps in the previous data sets. We also developed a child-centred methodology which regards children as an authoritative source of knowledge on the mental health impact of their experiences. Surprisingly, this is an element which has been lacking in previous research.

How did we ensure our focus remained on impact throughout the project?

We knew that maximising the impact of research meant starting early – raising awareness and sharing findings as they emerged. The COPING project involved over 150 dissemination activities including Twitter, podcasts, youtube videos, webpages, exhibitions, national and international conferences, seminars, press releases, TV & radio interviews and publications. To ensure maximum impact, our partners Eurochips (ECH) used a funnel-shaped approach to drive dissemination. It began with a broad awareness-raising strategy to the general public, external organisations, decision-makers, affected children and other stakeholders via the COPING website, ECH website, database, newsletter and social media. As findings emerged, dissemination was geared to a more targeted audience and driven by public events in partner countries, including an end-of-project European conference in Brussels, recruiting EU, WHO and UNICEF policy makers as panel speakers. The conference brought together over 100 professionals, practitioners and policymakers and included speeches from the Deputy Ombudsperson for Children Croatia, The Right Hon the Baroness Hale of Richmond, and MEP Jean Lambert from the UK.  Baroness Hale stressed the importance of the issue, emphasizing that “All in the criminal justice, social welfare and education fields should recognize the needs of this group of children and make proper provision for them”.

From the start, this linear approach was coupled with a lateral approach via partner countries, bolstered by pan-consortium workshops to hone partners’ dissemination expertise, envisage national stakeholder networks and ultimately produce a cascade effect at national levels. Feedback loops regularly carried project output back to children and families participating in the research and other children affected by parental incarceration. Activities included an awareness-raising event for school teachers in the UK to highlight their support role for affected children, while in Sweden a cluster of young people drafted their own policy recommendations which they showcased at the Brussels conference. This acknowledged the value of their opinions, impacted other young people and helped inform policy. National output was fed back to ECH, who publicised it further and brought it to strategic decision-makers at local, national and international levels. Keys to success included tailoring findings to target audiences, identifying a “niche” even in seemingly unrelated sectors, and drawing on frame expansion to increase awareness of how this issue could be included in and enrich their sector of work —the needs of prisoners’ children being a public health issue, for example.

COPING differed from many previous research projects in that it was specifically designed to produce results that could be used to inform the direction and content of future policy. We devised an innovative 4 stage process for producing recommendations.

This helped to ensure that the 12 recommendations were clear and concise ‘action statements’ strongly linked to the findings. These action implications concern a number of identified unmet needs, or practices that need to change, or a perception that needs to be addressed or an area of current policy that needs to be remedied. As such the work is of particular interest to policy makers, campaigning organizations and interest groups in the UK and more widely in Europe.

Some notes on researching sensitive topics

Conducting research on a sensitive topic raises methodological and ethical challenges. Some issues can be planned for, such as ensuring the protection and promotion of the rights of child participants; however other issues will emerge out of the process itself, such as the requirement in some countries to seek the consent of both imprisoned and non-imprisoned parents for the participation of children. Given that information on children of prisoners is not collected, this presented something of a logistical conundrum.

Ethical issues to be addressed include:

Ethical challenges also impacted the methodology, for example questions about race and ethnicity, considered perfectly acceptable in one context, may be considered offensive, or even illegal in another. One of the most taxing challenges was how to find out about a problem that seems invisible; how to research the experiences of a group of children that don’t exist in official statistics, are not counted and whose needs are not recognised. Our approach was to work with agencies that provide services to the families of prisoners but of course, this presents us with one of the major limitations– we have only studied children who are known about – what about the vast numbers of children who do not receive services or who are not in touch with any agencies? Hopefully as awareness of the needs of children of prisoners increases and data is routinely gathered (as is now happening in Romania thanks to COPING) these questions will be addressed.

COPING has provided us with a more comprehensive, detailed and clearer picture of the effects of parental imprisonment on children’s mental health, their resilience and the impact upon their families. We have a compelling case which demonstrates that these children are at a significantly greater risk of suffering mental health difficulties than children who do not have parents in prison. However, we want to work to make sure the project continues to have impact in the future.

COPING has already spawned further research on the role of grandparents in caring for children of prisoners – a small pilot study involving partners from Romania, Trinidad, Uganda and the UK is being undertaken and a scaled-up funding proposal to examine the implications for inter-generational wellbeing across these different cultural and social locations is envisaged.

Professor Adele Jones is Director for the Centre for Applied Childhood Studies at the University of Huddersfield.

Professor Alex Hirschfield is Professor of Criminology and Director of the Applied Criminology Centre at the University of Huddersfield.

Liz Ayre is Director of the European Network for Children of Imprisoned Parents (Eurochips).

Kris Christmann is Research Fellow at the Centre for Applied Childhood Studies, University of Huddersfield. 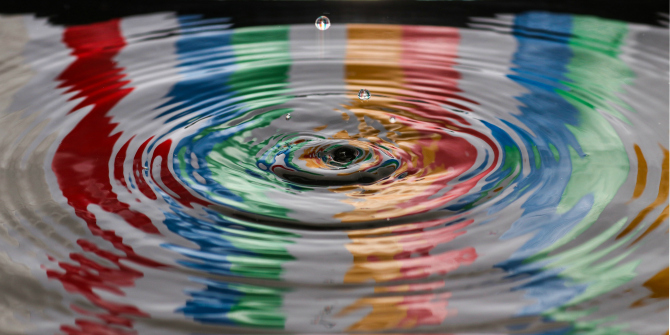