Initial studies into the effect of open access monographs suggest little to no impact on sales, but an increase in discoverability and online usage. But there are still many hurdles to overcome before OA books become a routine option for scholars. Ellen Collins and Caren Milloy present an overview of how the OAPEN-UK research project is exploring disciplinary norms and emerging models in monograph publishing.

In 2012, the Finch Report produced a roadmap towards greater open access publishing in the UK, which was accepted by the Government. RCUK rapidly reasserted its own open access policy and, crucially, provided dedicated funds to support its implementation in UK universities. HEFCE subsequently announced a consultation on developing an open access policy for the REF exercise which will follow REF2014 – perhaps learning something from the academic backlash against RCUK’s speedy response – which is currently underway. What do all these publications and policies have in common? They have all carefully avoided the tricky issue of open access for monographs.

Actually, that is not entirely fair. In fact, the various bodies have all rightly acknowledged that it is probably premature to implement any kind of policy on open access for books. Unlike journals, there are no clearly established business models for open access monograph publishing. Publishers, authors, librarians and funders are still negotiating this territory, trying to establish how to combine the best traits of existing models with greater availability and accessibility for readers.

This means that there are some extremely interesting experiments happening at the moment. Some borrow from the dominant OA journal publishing business model, which asks authors to pay a fee (or APC) to cover the costs of producing and disseminating their work. In some cases, they may seek to lower the initial fee that they charge by continuing to make profits on the print or formatted e-book versions of the book. Of course, the challenge for the author in this model is finding the money for that initial fee; although some funders (notably the Wellcome Trust) have indicated that they’re happy to pay, much research in HSS is not grant-based and the author may not have access to the levels of money that publishers charge.

Another model builds on a more traditional source of funding for monographs: library budgets. Knowledge Unlatched is currently operating a pilot to establish the feasibility of a library consortium which underwrites the first copy costs of books in order to make them open access on publication. The project’s organisers hope to be able to show that for as little as $60 per title, libraries can pay to ‘unlatch’ a book and make it open access for everyone. Of course, there’s an altruistic element to this activity: the project acknowledges this explicitly, but also offers participating libraries a chance to shape the future of the work.

A big challenge for all of these innovators is that they are working with a number of unknown quantities. Because the notion of open access for monographs is so new, there is little reliable data about what happens when you make a book available via open access. Does it affect sales? Does it affect usage? The OAPEN-UK project has been exploring these issues since September 2011, when 29 matched pairs of books were selected by five participating publishers. Within each pair, one book was made open access, while the other was published as usual; the aim is to track sales and usage over a three-year period to identify any differences made by open access publication. The OAPEN-NL project, run on a similar basis for a single year, has just reported no statistically significant impact on sales, but an increase in discoverability and online usage. Our project will be releasing the first two years of data in the next few months.

There are other challenges for open access monographs, beyond the economics and metrics of usage. Lots of people have a stake in academic publishing, and new business models need to fit into, or at least understand, existing cultures, practices, processes and systems. Recognising this, the OAPEN-UK project has run a large programme of qualitative research, working with researchers, publishers, funders, universities, librarians and other stakeholders to understand the main challenges to an open access future for monograph publishing.

One of the big challenges of open access for monographs is that in many HSS disciplines, books have taken on a significance which goes beyond their core purpose of communicating a researcher’s ideas. Publishing a book can have a significant positive effect upon a researcher’s career, particularly when they have been picked up by a publisher considered prestigious within their discipline. This makes it very difficult for researchers to do anything that differs from disciplinary norms, particularly those at the start of their careers and looking for secure employment. It’s encouraging, therefore, that well-established publishers such as Oxford University Press are joining the OAPEN-UK project (with the full support of their authors), while others are engaging with similar projects to explore how they might develop an open access offer.

Another challenge is around systems and services for open access monographs. New publishers in particular have struggled to get their content into the supply systems that are used by libraries, and even well-established publishers have had to employ all kinds of work-arounds to ensure their systems can accommodate a book that may never actually be sold. Many librarians are worried about the long-term availability of open access content, particularly since open access books are often made available through new publishers, or via projects within more established ones. The contractual relationship which exists between publisher and library when a book is bought is very reassuring to many librarians, and they need to be certain that open access books will not simply disappear into the ether if a publisher folds or a project ends.

So, it’s clear that there are still a number of hurdles to overcome before open access monograph publishing becomes a routine option for authors. We still need to figure out the economics, the systems and the cultural changes that will support a sustainable open access monograph publishing sector. But the huge number of new projects that have developed in this space, even since the OAPEN-UK project began three years ago, suggests that there is an appetite to find some answers. Let’s hope our efforts meet with success!

Ellen Collins is a Research Consultant at the Research Information Network, where she has initiated, developed and managed projects for clients including academic publishers, librarians, funders and policymakers. She is particularly interested in how researchers find, use and share information, and the ways that their behaviour is changing in response to new communications platforms and business models.

Caren Milloy is Head of Projects at JISC Collections and specialises in research on business and licensing models for academic ebooks. Caren leads the OAPEN-UK project – a collaborative research project, working with stakeholders to generate knowledge about open access monograph publishing in the humanities and social sciences. She also oversees the Jisc APC platform, JISC Historic Books, JISC Journal Archives and JISC MediaHub. She previously managed a UK wide etextbook project and undertook negotiation and licensing for online resources. 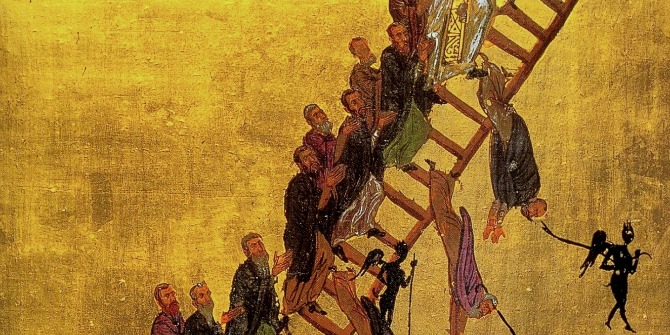 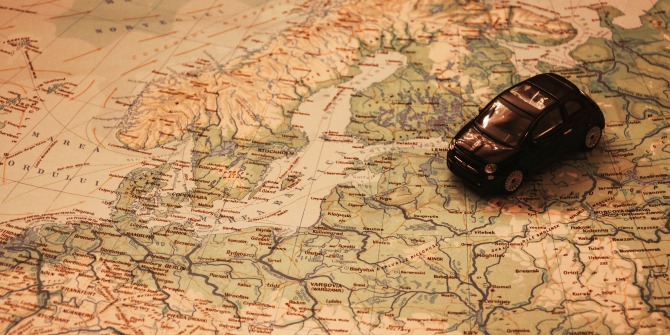