The impact debate should encourage us to reflect on how we produce research, not just how we communicate its findings.

The impact debate should encourage us to reflect on how we produce research, not just how we communicate its findings.

While academic social science is extremely effective at generating public value, it is less adept at communicating this value. Sam Baars believes researchers should reflect on the ways in which social value is created not just from the findings of our research, but also the way in which it is conducted. He pushes for the adoption of a more ‘embedded’ approach to research which involves working more closely with the public, and public institutions, at a local level.

The debate surrounding social science impact has arguably never been noisier. As Rob Ford and Matthew Goodwin argued here last summer, the question of impact isn’t by any means a new one, and efforts to realise and assess it are now well established: the contribution that academic social science makes to public life is a core element of the Research Excellence Framework which steers university funding allocations; various reports and books have endeavoured to put a figure on the wider economic value the discipline generates, and concepts such as the Civic University have become more engrained as academic identities increasingly extend beyond the ivory tower.

It may be that while academic social science is extremely effective at generating public value, it is less adept at communicating this value. The rise of academic blogging alongside concerted, coordinated attempts to ‘make the case’ for the social sciences will doubtless go some way to addressing this. However, the impact debate should encourage us to reflect on how we produce our research, as well as how we communicate its findings. In a recently published paper, I argue that realising impact isn’t just about demonstrating how academic social research contributes to the national economy and drives improvements in government policy. Impact can be more local and more tangible than this. Where possible, we should aim to adopt a more ‘embedded’ approach to research which involves working more closely with the public, and public institutions, at a local level.

As proponents of action research have long argued, the very process of conducting research can contribute to local communities and economies, often in practical, sometimes unforeseen ways. My own research, which involved an extended period of fieldwork in a Manchester secondary school, generated feedback on the school’s careers support and helped to secure funding for a summer scheme, both as by-products of my core research activities. The Enfield Experiment, which saw academics from the University of Manchester advising a London Borough on its local economic development strategy as part of their work on foundational economies, is another example of research being ‘embedded’ in a practical context. There are countless other cases of academic social scientists conducting their research in this way. The crucial common thread is the existence of a partnership between researchers and practitioners that generates a mutual exchange of knowledge which, in turn, improves the quality of the research and some aspect of service provision in tandem. The aim is not to sacrifice the independence and rigour of academic research by ‘going native’, but to gain new insights that improve the assumptions, concepts and data with which we work.

Seen from a public perspective, the value of an embedded approach to research is particularly significant at a time when local authorities are seeking new solutions to tightly constrained budgets. Seen from the perspective of the individual researcher, and the social scientific community as a whole, embedded research offers not only an additional way of demonstrating the impact of academic social research, but also a means of enhancing that research.

The public value of academic social research is indisputable, but at a time when the discipline’s funding and standing is being called into question, it is crucial that we reflect on the ways in which social value is created not just from the findings of our research, but also the way in which we conduct it.

Sam Baars is currently concluding a PhD at the University of Manchester which is exploring the ways in which young people’s occupational aspirations are shaped by the areas they live in. He is also working with the Economic and Social Research Council Knowledge Navigator for Local Government, which aims to facilitate stronger connections between the research community and local authorities. 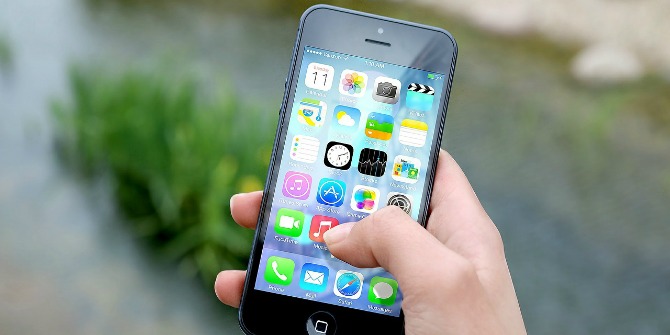