Daniel Beunza looks at how universities can continue to stay on top of technological change in the face of mounting start-up competition and debilitating institutional inertia. Drawing on his research on the transition to algorithmic trading at the New York Stock Exchange, Beunza argues that in order to have lasting success, online education and technology-mediated learning must be designed to complement rather than replace existing processes.

As a lecturer at the London School of Economics, I often find myself discussing the impact of online courses. What will happen to a leading institution such as the LSE as universities put professors on YouTube? My research on a very different institution –the New York Stock Exchange (NYSE) – suggests that leading universities need to be very careful in the adoption of technology (delaying it as much as necessary to get it right), building on rather than replacing the classrooms.

With the recent growth of free online courses, there is no shortage of pessimists about the future of the university. A recent article in the Financial Times by Luke Johnson, a columnist and technology entrepreneur, makes the point very clearly:

Oxford university, my alma mater, is a classic case of a complacent establishment that is refusing to reinvent itself. It will consequently find life much harder in the 21st century. Britain’s finest educational name has shunned the entire academy school movement, ignores the explosion in online learning and fails dismally to exploit its intellectual property commercially. It has been captured by insiders, too many of whom teach degree courses for the old world. It lives off past glories, and is doomed to fade unless it reforms vigorously.

Start-ups, be they companies, charities or social enterprises, are cheaper and quicker to launch than ever before. I’m involved with fresh initiatives in banking, education, baking and pubs among others – often it is simpler than trying to transform the old oligopolies. Many of the latter are finding it hard to cope with a lack of trust and the end of deference. They will no doubt disappear or be merged, as the public desert them.

Complacent establishment. Backwardness. And Past glory. The article’s pessimism –to the extent that is accurate—could apply as well to Oxford as to the LSE. Except that Mr. Johnson is not entirely correct in his fear. The dilemma posed by him is one that I have tackled in my research. The arrival of new technology opens up new possibilities for a leading institution, but how can universities gain from electronics while staying unique?

I saw a similar case in the NYSE. I have been doing fieldwork at the NYSE for the past ten years, with more than seventy visits in total. In a recent paper with Yuval Millo, we have analyzed the lessons that can be extracted from its automation. Before 2006, the Exchange strenuously resisted adopting algorithmic trading. It was forced to do that by the Securities and Exchange Commission in 2006, but the algorithms – designed in a rush and against the desires of the floor specialists and brokers – replaced rather than complemented the humans on the floor. The NYSE’s market share dropped from 80 percent in 2003 to 25 percent in 2008.

Eventually, the NYSE managed to stem the drop in share in 2009 by turning to a blended form of automation. The new automation designed benefited from input from the floor community. It preserved the human specialist and its trading floor by giving algorithms to the specialists, which they could carry around as they walked around with handheld computers that look like an ipad. The NYSE also developed a system for toggling between manual and automated trading, just like commercial jets have with the autopilot.

This blended approach was a success. Keeping the building and the humans in them allowed the NYSE beat its electronic rivals during the Flash Crash of 2010: Nasdaq, BATS and DirectEdge. With its successful initial public offering of Twitter in 2013, the NYSE beat Nasdaq’s algorithmic fiasco in the case of Facebooks IPO.

The lesson from the NYSE for LSE and other leading institutions in the UK and the US are clear: To preserve their distinctive traits, automation needs to allow for practices that preserve the original social order. This means the material infrastructure such as the buildings (e.g., classrooms, libraries), as well as the social roles such as professors. Don’t rush to get into algos until you have a way to integrate them with the professors and the classrooms.

Daniel Beunza will be teaching on the Sociology of Finance: Networks, Culture and Performance as part of LSE’s Executive Summer School.

Daniel Beunza is Assistant Professor in Management at the London School of Economics and editor of Socializing Finance, a blog on the sociology of finance. 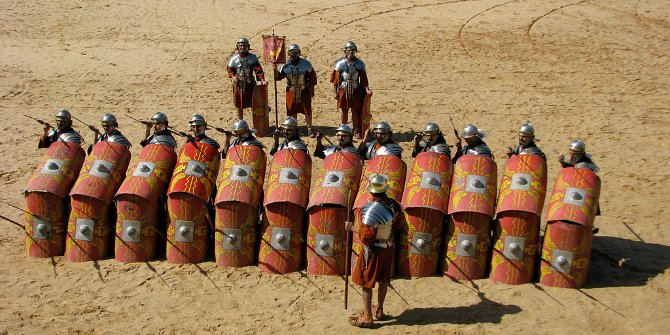 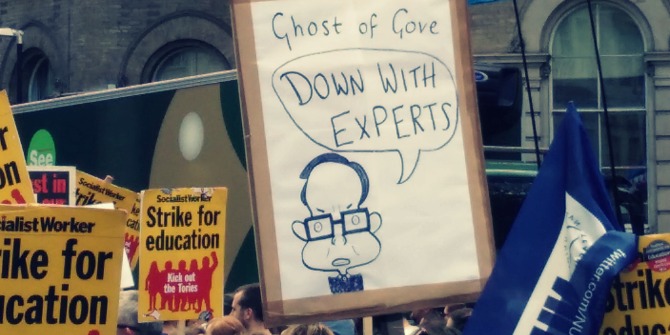