Bringing together the latest international scholarship in the sociology and anthropology of migration, this volume explores the complexities, joys and frustrations of conducting ‘insider’ research. In this book, the authors set out to offer analyses of key methodological, ethical and epistemological challenges faced by migration researchers as they question the ways in which they come to identify with their research topic or their participants. Michelle Lawson recommends this book to anyone interested in migration, mobility and researcher positioning. 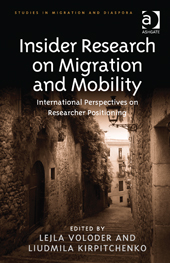 What does it mean to be an insider researcher? Lejla Voloder and Liudmila Kirpitchenko set out to address this question and others as they explore the nature of researcher positioning in migration contexts. Eschewing what they refer to as the ‘crude dichotomy’ of traditional perspectives that draw a firm boundary between the researcher and ‘the other’ (p.5), the editors argue for a perspective that views researcher positioning as socially and contextually situated, and therefore dynamic between the realms of insiderness and outsiderness. It is certainly the case that increasing mobility is blurring the distinction between researcher and researched in many migration contexts, and the editors make a timely and convincing case for examining researcher insiderness, as opposed to dismissing it. The result is an edited volume that presents an impressively diverse range of scholarship from researchers who, on the face of it, are insiders within their participant groups, yet who challenge the notion of static belonging, whilst also considering the epistemic ramifications of this kind of focus.

The book is split into three sections. Part 1 takes the above question to examine dimensions of researcher positioning and power dynamics, including interviewee agency. The chapter by Van Mol et al usefully reviews insider and outsider factors along with their disadvantages, illustrating the shifting nature of positioning through moments of proximity and distance seen within three case studies. Fozdar’s discursive analysis of Maori and Pakeha interactions considers how her own mixed race and migrant status allows her to balance multiple positions on the axes of race and ethnicity. Fozdar uses this to suggest that participants themselves have agency in drawing the boundaries, since they will seek out specific shared context to relate to. Nevetheless, the implication seen throughout the book is that interviewee agency is limited, since this multiplicity of positioning can also be exploited by researchers.

In Part 2 researchers explore how their own lives can reveal ‘insights about the experiences of others’ (p.10) in order to answer question about the utility and implications of insiderness. In other words, how does being an insider researcher have consequences for the way the research is planned and conducted? As a Jewish Israeli woman in Belgium, Tzadik-Fallik aimed to use herself ‘as a tool’ (p.105) to view the experiences of other migrants through her own, which led to deep reflection on her own life. This resulted in research that the author admits is as much about her own identity and trajectory as a migrant. Many researchers will relate to the idea of exploring one’s own identity when closely observing others, although perhaps not to the extent that it directs the research, as it does here. This chapter seemed to raise as many issues about the problematic nature of such research as its insights.

In contrast, Halilovic describes a more ‘partial’ insiderness, whilst clearly sharing many aspects of forced displacement from Bosnia with his participant group. Halilovic’s research took him outside his own immediate context, back to Kosovo and into Bosnian diaspora in the US and Sweden. Such contexts remain politically charged, with insiderness ‘often arbitrary’ (p.100) and, according to Halilovic, constructed strategically, utilising factors such as language, dialect and culture, in order to move dynamically between the domains of insider- and outsiderness. 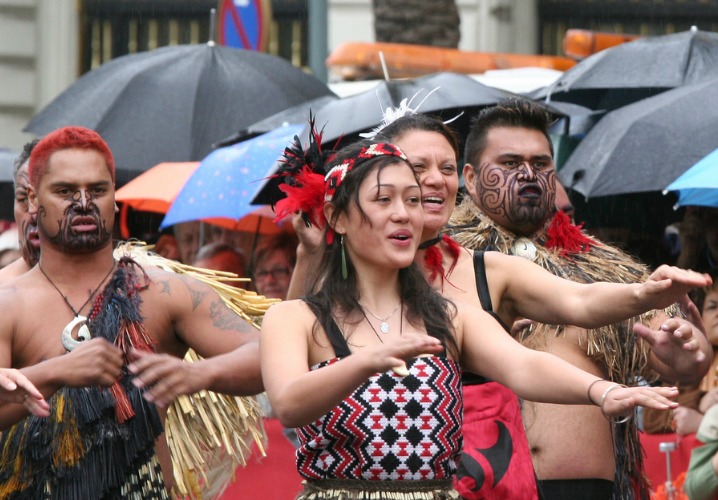 In Part 3, consideration is given to how researcher positions inform the knowledge-making of the study, recognising that research ‘results’ are not a straightforward representation of migrant lives, but are discursively constructed and interpreted by the researcher. Admittedly this is a perspective acknowledge by many working in constructionist traditions, but some interesting insights do emerge from these chapters in relation to researcher positioning as a focusing lens within the contexts of migration and mobility. Lehmann’s study of western migrant workers in Xiamen, China, focused on how ‘community’ and identities were understood and experienced. Lehmann argues that her own insider status as migrant made key findings visible; claiming that the tensions highlighted social phenomena that only became visible to an insider, i.e. migrant, researcher. Despite the fact that migrants seemed to embrace the anonymity of a kind of ‘liminal freedom’, their gossip about the research was interpreted as a facet of behaviour regulation within the community; this suggested that the notion of place-based community was not entirely absent. Like others, Lehmann also considered gender as a factor in researcher positioning, and she shows clearly how the differences in responses between male and female respondents reveal a shift between positions of insider and outsider according to her perceived status in gender. This led her towards a notion of a ‘desexualisation of western women’ (p.162), sometimes experienced as a sense of liberation from gendered norms and expectations.

Andits’ study of a Hungarian migrant community in Australia demonstrated further complexities of insider status. Again, the tensions and restrictions relating to insider positioning were drawn upon for what they revealed about the participant group. Andits’ respondents pressured her, as an insider, with obligations to the community, but her familiarity with the ‘cultural codes’ enabled her to relate to these anxieties and emotions and use this to gain insights into community dynamics.

I would recommend this book to anyone researching within the fields of migration or mobility, and also to those who have a broader interest in researcher positioning. Firstly, the diversity of research contexts offers a broad spectrum of recent research that does not limit itself geographically or contextually. Additionally, the chapters are engaging in their description and analysis of the case studies. Thirdly – and somewhat enlightening for this reader, as a researcher within a migration context – this book goes some way towards examining what researcher positioning can offer to the study itself. While it may not have been originally intended as a key question in some of the case studies, researcher positioning has emerged as a focus that clearly deserves consideration beyond the obligatory ‘reflexive researcher’ section of a paper or thesis. In an increasingly mobile world, researcher positioning has much to offer as a lens for understanding and interpreting the research itself.

Michelle Lawson is a PhD candidate at Lancaster University, Department of Linguistics and English Language, where her research explores the discursive construction of identity and the role of the online forum in relation to British migrants in the Ariège, France. She holds an MRes in Linguistics from Lancaster University and an MA in Education (Applied Linguistics) from the Open University. She is an Associate Lecturer for the Open University and she also works globally in English language assessment.Read more reviews by Michelle.