In Morocco, high unemployment rates among university graduates, the expansion of private vocational schools, and weak political support for public universities have all affected the university’s role in shaping the wider collective good. Shana Cohen outlines how the current policy situation is limiting the nature of academic impact in Morocco. The more complex, but perhaps more important, issue for institutional reform is how to intersect research, the study of critical issues like job creation, and pedagogy so that the university acts to restore a sense of collective belonging.

In a recent article on neoliberalism and academia in Morocco, I make the argument that the public university as an institution has lost its association with serving the public good. Yet, arguably this association is significant for addressing both pervasive political alienation, particularly among youth, and specific issues, such as unemployment amongst university graduates.  Writing about the ‘impact’ of universities, Rowan Williams, the former Archbishop of Canterbury, writes, “it is essential to equip citizens who can confidently take part in the discernment and management of public life, whether simply as voters, or as activists or leaders of various sorts.” His critique is directed at British universities but could equally apply to Moroccan universities. Discussing the importance of the middle class and economic democracy for social solidarity, Driss Ksikes, a Moroccan playwright, comments “Since we are neither heavily investing in qualitative public education and research nor creating creative platforms for grass root economic actors, it is very hard for people to have a sense of collective belonging.”

Academic research and intellectual creativity relate to this sense of collective belonging because they result from a trajectory that begins with quality training in the public sector and ends with publications that can influence public debate or even improve quality of life. More profoundly, this trajectory offers an example of connecting craft, status and civic identity, or where participatory citizenship reflects the capacity of individuals to make a contribution through using their skills.

In Morocco, though, trends such as high unemployment rates among university graduates, especially in the humanities, the expansion of private vocational schools and universities, and weak political support for public universities have meant that skill development is identified with individual opportunities in the labor market and not any wider collective good. Furthermore, these trends have occurred alongside the deterioration of public universities and the declining status of public intellectuals. This decline has not gone unnoticed, particularly since the Arab Spring and the publication of a 2008 study by the Moroccan sociologist Mohammed Cherkaoui (formerly of CNRS in France) on the state of academic research there. Ksikes, in an excellent essay with Fadma Ait Mous on Moroccan intellectuals, cites a leader of the 2011 Moroccan protests who expressed his ‘disappointment in Moroccan intellectuals’, blaming their two-faced desire to be seen as dissidents by protestors while remaining ‘counselors of the Prince’. (2014:12-13) Ksikes and Ait Mous also quote the late economist Driss Benali, who stated in 2011, “Intellectuals came in at the end, ceding their place to opportunists, salaried pen pushers, merchants of illusions, and populist demagogues.” (2014:13) 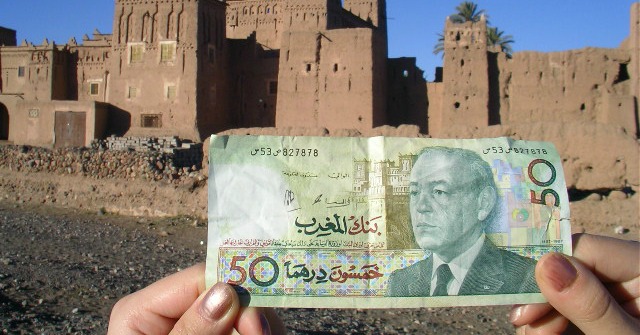 However, focusing on the integrity and courage of intellectuals obscures the larger and more fundamental problem that public universities require institutional reform, though ironically in a different direction from the consistent policy (and business-oriented) rhetoric of reform that has dominated university management worldwide (Kohstall 2012). I suggest that a more constructive ‘reform’ in Morocco would be to encourage intellectually independent and rigorous social science and humanities research supported for addressing critical issues like unemployment and political alienation that instigated the protests of 2011.

Instead, development agencies, European foundations, and government ministries have, through hiring prominent faculty as research consultants and funding programmes, push research in Morocco to concentrate on a limited range of policy-related themes, for instance, migration, youth and civil society, or the ‘middle class’.  Government policy approaches to research have at the same time become far more instrumental, promoting research that fits with policy priorities like agricultural development and encouraging tighter performance management.

Analyzing the state of social science research in Morocco, a report by L’Institut de recherche pour le développement (IRD) remarks that more complex and multidisciplinary studies are not as visible and pass in isolation. This report also mentions that research productivity in the social sciences is largely dependent on the efforts of individuals, rather than structured research teams and that the most brilliant scholars are often too preoccupied to train younger generations, a complaint echoed by graduate students in passing conversations in Rabat and Casablanca (‘You never have the chance to talk to that professor, he is never around’).

Consequently, policies for improving higher education should not just be about financial investment or management, or measuring productivity of staff and student satisfaction, as is the trend in Morocco, the UK, and elsewhere. That stated, funding for research in Morocco should increase, as the budget for 2009–2012 set aside 750 million MAD for all research, or £5.7 million (versus an annual budget for the Economic and Social Research Council of £65 million).

The more complex, but perhaps more important, issue for institutional reform is how to intersect research, the study of critical issues like job creation, and pedagogy so that the university acts to restore a sense of collective belonging. One way may be to ask university faculty and students to reflect on policy, rather than act as consultants for policy directions already set at an international and national level. By facilitating faculty and training students to analyze and discuss issues publicly in order to engage policymakers, the university as an institution becomes a means for citizens to influence their own future.

Shana Cohen is the Deputy Director of the Woolf Institute in Cambridge and Associated Researcher with the Sociology Department at the University of Cambridge. She has been conducting research in Morocco for years, though now is also looking at community-level responses to austerity measures in Europe.